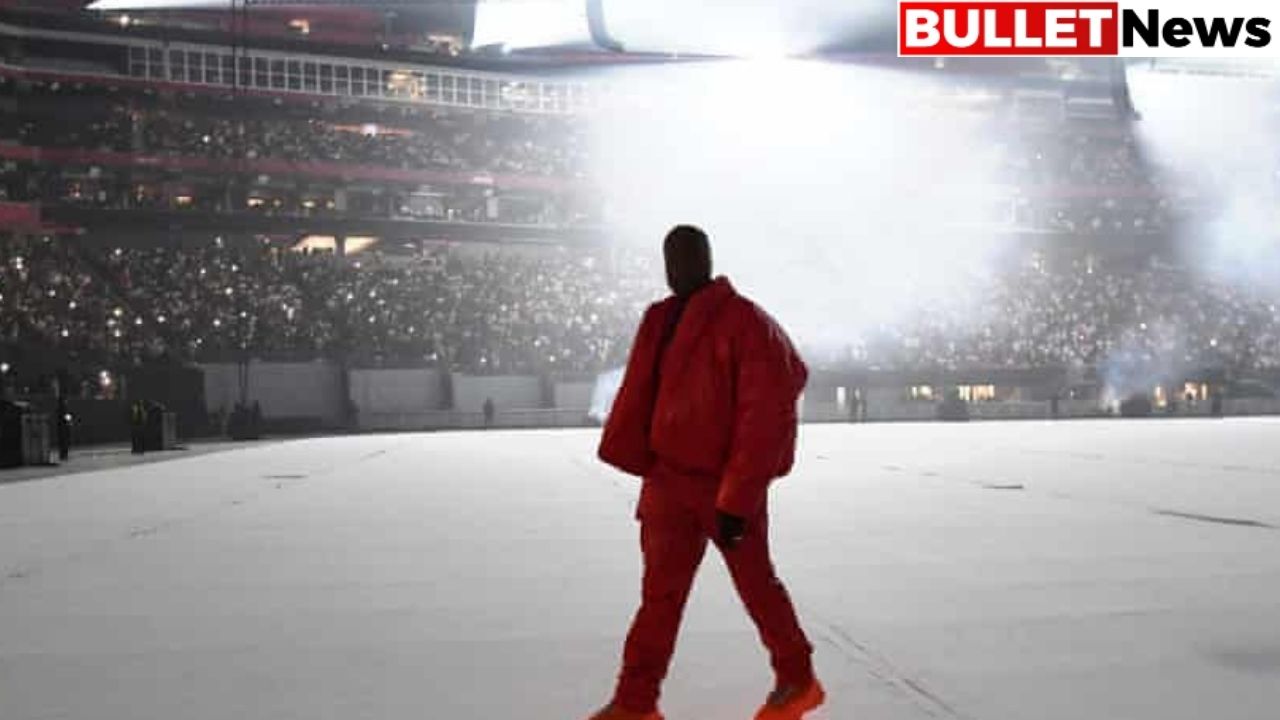 Chaotic events for the preview of Kanye West’s tenth studio album Donda have dominated social media events for the past few weeks, each promising a release date that never materialized. Coverage focuses on Kim Kardashian masquerading as a sleep paralysis demon dressed in Balenciaga.

A $50 offering for chicken, potential Drake wedges, levitation, and cameos by alleged rapists Marilyn Manson and homophobic DaBaby. Fans called West a genius who created compelling real-time theatre; others see him as an empty provocateur. Like Donald Trump’s soulmate, West seems to instinctively know how to raise controversy to spark interest in a new project.

With the possible release of Donda (named for her mother, a West English professor who died in 2007):

There’s a disturbing sense that the spectacle has overshadowed the actual music. And this bloated 108-minute album is rarely sure what it’s trying to do. The intro, Donda Chant, is a series of eerie recitations of her mother’s name. That will seemingly send you into a sinking place, is gripping and gives you the impression. That you are about to have an enjoyable religious experience. But all too often, the following songs are built on half-baked ideas from the West. Which deal more with self-pity and martyrdom than confrontation with its contradictions.

West reunites with his Watch Throne partner Jay-Z on his father’s relatively flat rocky reef, who proudly convinces his old foil to give up Maga’s red hat. But the winding melody of the song and West’s lyrics are monotonous. He has made harsh statements in the past – “Admit it, Jerome got more time than Brandon”.

Whom he raped in 2010, skillfully emphasizing racial inequality in the US justice system while laughing at racial stereotypes. Here he listlessly repeated his question: “Guess who will be imprisoned?” Without ever getting to what he meant, it can easily be read as a complaint about the culture of abolition.

He does the same in “God Breathes,” a hymn to the prosperity trap (“I don’t care about attorney fees…God will decide everything for me”), which marries Christian transcendence with waves of raves. West repeated, “I know God blew it,” as if he was chasing $350 t-shirt slogans with his marketing manager.

Like many of West’s work after Pablo’s Life, these songs feel like they’re stitched together and rushed.

Hearing this billionaire sink into self-pity (“Everything you do well goes unnoticed,” West complains about Jesus). Or claiming that he is anti-commercial (in “Keep My Spirit Alive”) expresses a lack of confidence and means moments -a great emotional moment. As a reflection of whether death will eventually reunite him with his mother. Or distortion under the pressure of divorce (“Like your baby’s mother / think that’s why they call her guardianship”) – don’t connect ultimately.

West is missing the things that once made him as attractive as a songwriter. The self-destruction (I ordered a fool/he said “you are what you eat”) comes with a crooked line of great demons in 2010’s new recall. ) and humour to cope with moments of tension (Mawar 2005 interrupts deathbed watchdogs, for example, with aunty jokes). The atmosphere here is solemn – apart from Dad’s odd jokes here and there: “Some say Adam can never be black /” Because black men never share his ribs. “

Believe What I Say is an undeniably great moment, using Lauryn Hills’ healing vocals. From her classic doo-wop for an uptempo soul song. Where West remembers not to get carried away by fame. It’s the most relaxing moment on the album, much like Ghost Town between Ye (2018) is out of balance. Meanwhile, the storm, which includes Lil Baby and Weeknd.

It includes a giant hook from the latter that instils confidence while walking.

“There’s a lot to digest as your life moves on,” says West, contemplating the transition from high school dropout to visiting professor at Yale. On this track, he feels more like a person and less like someone presenting super-corporate church doctrine. Likewise, God, I need you, there are intimate details of his doomed marriage, and it’s a poignantly fragile moment, even if the memory of “We freak out seven days a week” sounds like Jim’s dad on American Cake.

The hard fact is that the best verses about Donda are not from Kanye. Brooklyn training rapper Fivio Alien underlined the exciting offline. With a lyrical grenade that the tattoo on his face is a sign of truth. Baby Keem combines worship with the dark flesh of Mosha Hole with his auto-tune verse to praise God.