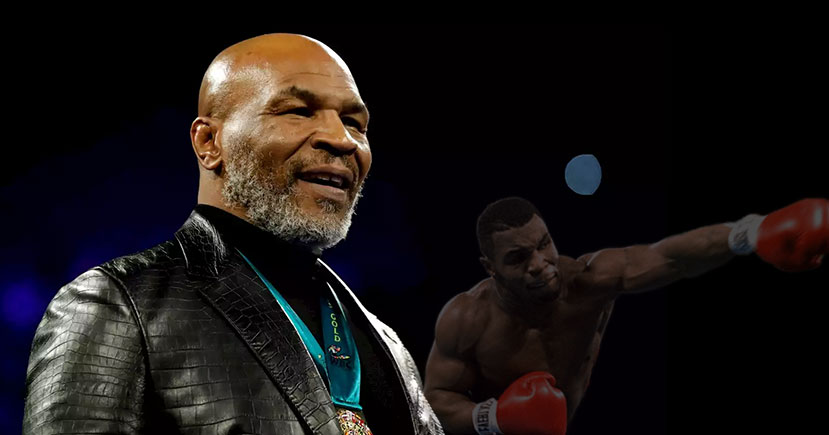 Mike Tyson breaks down in a podcast show with his hero Sugar Ray Leonard. He was talking about his past in the podcast. He admits that he is ‘nothing’ following his retirement from boxing. The podcast’s name is Hotboxin’ with Tyson. Sugar a former heavyweight world champion welcomes the former five-weight world champion. Both were conversing on topics that are near to their heart.

Iron Mike last appears in the ring in 2005. This reflects on the way he changes and his perception in the public. He even concedes that he is no longer feared.

He adds to this podcast sadly that he is moving on from his past. ‘Now those days are gone. It’s empty. I’m nothing. I’m working on being the art of humbleness. That’s the reason why I’m crying, ‘cause I’m not that person no more. And I miss him’.

The 53-year-old then admits to fearing his former self, who occasionally lost control. This illustrates by the notorious ear-biting incident in his 1997 fight against Evander Holyfield.

‘Cause sometimes I feel like a b****,” Tyson adds. ‘Because I don’t want that person to come out, cause if he comes out, hell is coming with him.

He even says that he is a knight and was born for all these. These days he is working on the art of humbleness.

When asked about his regrets. He says that he does not have any regrets about his past and is moving on from it.

What do you think about the former champion? Comment below in the section.