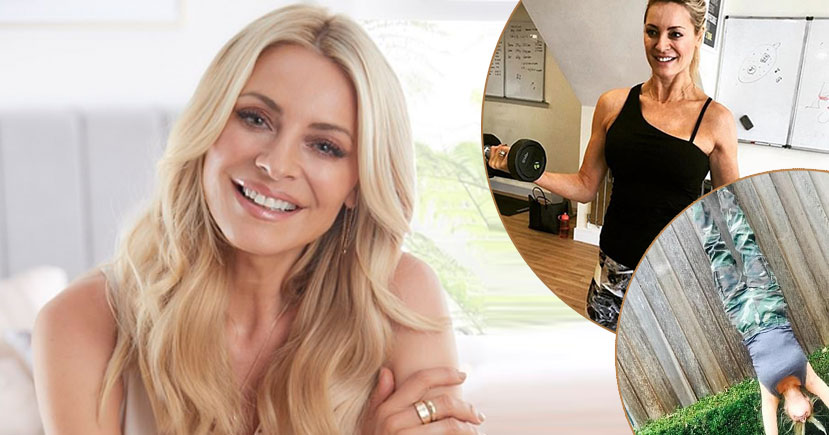 Tess Daly, 50 has revealed that one of the secrets to her sensational physique is skipping. The English model is known for her timelessness, spoke in April Health & Wellbeing about her beauty practice, her preferred exercises and how she reduces stress.

She discloses that she doesn’t like sweating so much but she likes yoga because that is gentle. She also likes swimming and I skipping and trampoline jumping.

Tess Daly has a little trampoline at home outside. And that's great for getting your lymphatic system moving and for your circulation. Sometimes she also does five minutes of skipping at the start of the day – one minute on and one minute off, and she tells " it's great, it really wakes up the system."

"If you're feeling a bit sluggish in the morning, it's a brilliant way to wake up – better than a cup of coffee I'd say!"

"And it's cheap and cheerful – just buy a skipping rope from Amazon, it's there the next day for a couple of quid."

"You can skip inside if the weather is bad, it's an all-weather exercise that really gets your circulation going, it wakes you up, and it keeps you trim."

She like skipping, because it's a joyful exercise that puts a smile on everyone's face. Tess Daly recommends it to everyone because it's easy and it reminds us of being a child again.

Skipping gets part of the body moving that you haven't moved for a while. Everything is moving at the same time, it feels good, it boosts the endorphins and it's quick.

She said that she cleanse, tone and moisturize religiously morning and night. And she is not particularly loyal to any brand.

She is a big believer in using SPF to protect the skin. Tess Daly also said don't expose your skin to the sun's rays, because that damage is pretty much irreversible. She also said that she is a fan of hydration to keep skin looking dewy and glowing.