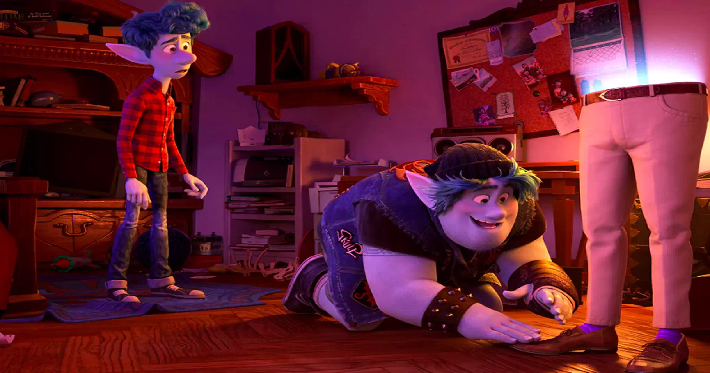 Pixar is ready to defeat a new realm with its latest film after playing with the Toy Story franchise. In Onward, Disney’s animation powerhouse is tackling fantasy, with the story set in a magical (yet suburban) world of fairies, elves and unicorns. The center of the story is a pair of male-oriented relationships. The brotherly bond between Ian (Tom Holland) and Barley (Chris Pratt), and their deep-rooted ties to their recently dead father. Using mystical spell they are able to call back (sort of) their father to life.

In the movie, the father-son bond is so heavy. Indeed, you might call Onward Pixar’s own Field of Dreams.

Pratt said in a film press that

“I think it might be, this is that kind of Field of Dreams, men-will-cry [movie].”

“This movie takes that tone and really does focus it on the relationship of a brotherhood, and of sons to fathers.”

Pratt also says the film also reminds him of Radio Flyer. Radio Flyer is the 1992 drama showing Elijah Wood and Joseph Mazzello as brothers dealing with an abusive stepfather. “My brother and I [watch] that every time it’s on, we cry our eyes out.”

For him, his most emotional Pixar experience has always been Up. The 2009 Oscar winner had audiences weeping for a grieving widow within the film’s first 10 minutes.

Co-writer and director Dan Scanlon drew inspiration from his own life when crafting the story for Onward movie.

Dan’s father died when he was only 1 year old, like Holland’s Ian. He always visualizes what his relationship with his father would be like.

“Luckily everyone at Pixar is super supportive and encouraging for filmmakers to be vulnerable,” said director Scanlon, who was joined by producer Kori Rae. ” And Kori and I really worked together a lot, just talking about my questions about who my dad was, [the questions of] my brother and I, really. And then as the other producers came on our crew, they would have [similar stories] or questions about their family. It all goes into the pot to become its own original unique piece.”- He continued

There are lessons to be deduced from the story’s portrayal of that family dynamics.- said Pratt.

“I hate to talk about a movie that I’m in and how important it is for humanity or society, but I think it’s important for young boys to start learning emotional intelligence. And this is one way for them to realize that it’s OK to openly love, to be emotional. These are healthy, natural things. So hopefully Onward is going to leave the world in a better place.”