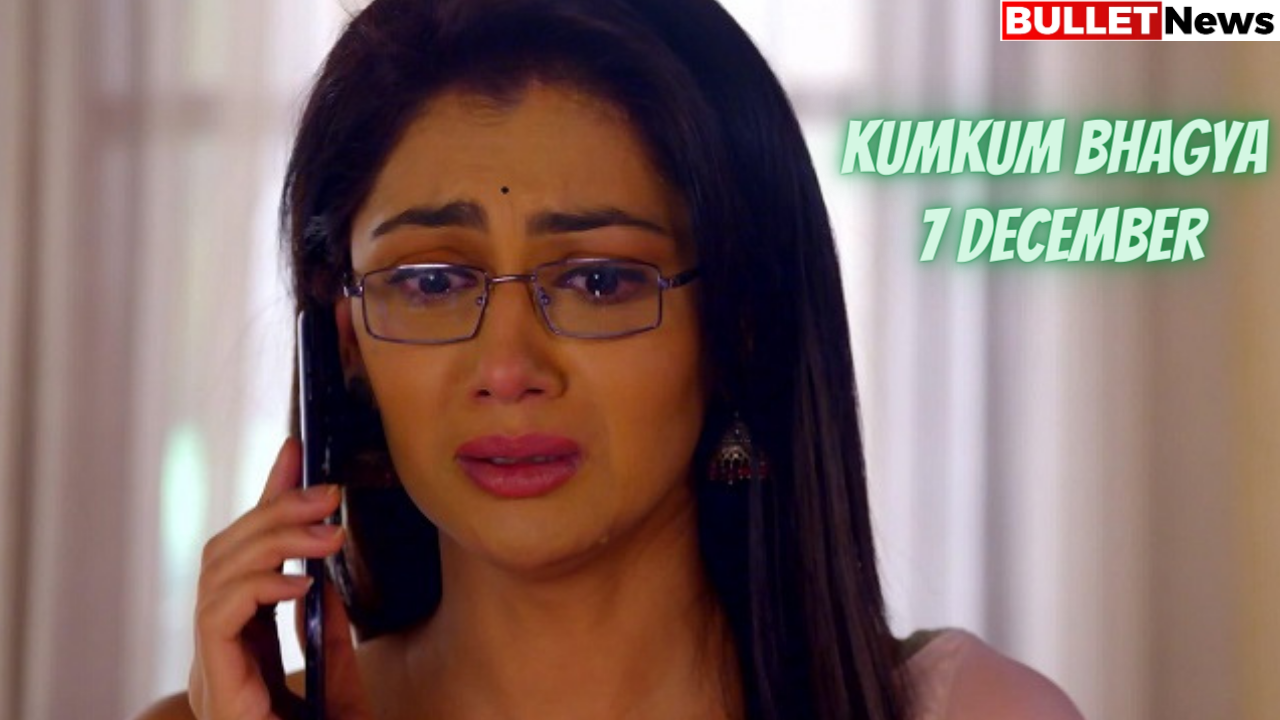 Abhi is coming to meet Pragya, expecting there will be a positive result. While at Abhi’s home, Aliya is all set to announce Meera and Abhi’s wedding.

Today’s episode starts with the conversation between Sarita Ji and Pragya.

Sarita Ji said not every relationship is the same. Prachi understands you even without saying anything, while Riya doesn’t, despite you explaining everything to her. She gets angry. But don’t worry. If there is love in a relationship, there will be angry too. Things will be fine. By the way, did you speak to Mr. Mehra (Abhi) yesterday? Pragya remains quiet.

Sarita Ji then said I am aware of what happened yesterday. Riya got you both out of the house.

Sarita Ji said I could understand the relationship between you and Riya, but it took me some time to understand the relationship between you and Mr. Mehra. Why don’t you both remarry? The daughters will get the love of you both.
Mr. Mehra loves you a lot. I remember an incident when his female fans surrounded him, but he was still looking at you. I had advised him to remarry, but he said he loves his wife so much. You are so lucky to have a loving husband like him.

Pragya said, lucky is my daughter. Ranbir is just like him (Abhi). He will keep her happy. Sarita Ji asks, which daughter are you talking about? Pragya replies, obviously Prachi. Ranbir loves Prachi; then it is about her only.

Sarita Ji responds skeptically. And said, let’s see. Then explains to Pragya that first you and Mr. Mehra should get united. Then comes the time for Prachi and Ranbir. But let Mr. Mehra take the initiative and propose you to marry. You do not say anything to him in this regard. Pragya said, ok.

Pragya then said I need Abhi’s help in a matter. Sarita Ji said then call him. Pragya hugs Sarita Ji and thanks to her for playing the role of a mother in her life.

Prachi visits Pallavi in the hospital.

At the hospital, Ranbir sees Prachi when she reaches there. He recalls the events of how Pallavi is adamant about not accepting Prachi in his life. He gets emotional, cries, and hugs her. Prachi consoled him and said everything would be ok. Ranbir said you do not understand the problem. Everything has changed now.

Prachi said, you are a good son. Do not fight with your family. Love is obtained and not snatched. You do what your mother asks you to do. Ranbir said even if it costs the person who is the only happiness of your life? Prachi said nothing is more important than a mother’s love.

Vikram also comes there. Prachi wants to see Pallavi. They both try to stop her, but she enters the room.

When Pragya gets her phone to talk to Abhi, she finds a voice message from him. She listens to it.

In that audio, Abhi said, meet me at the hotel at 12:30. I have something urgent and important to discuss with you. The hotel is near your home, so you can reach before me if you receive this message late.

Pragya senses that Abhi sounds tense. She starts thinking about what can be the reason behind it? Is it because of Riya? But it is not that grave. This issue can be resolved, then what is causing Abhi trouble? Let me call him and discuss. She tries Abhi’s mobile, but it doesn’t get connected.

Pallavi behaved rudely and said, who allowed her to enter? Ranbir tried to handle the situation and said the doctor had restricted visitors; hence, mummy said this. Prachi said I came to know about you through Ranbir, so I came here. Pallavi said, oh! Fine! Since you have visited me, then come.

Prachi said, it is nice to see you. Pallavi annoyingly asks you like seeing me on a hospital bed? Prachi said, no, I am happy to see that you are recovering.

Pallavi, while holding Ranbir’s hand, looks at the ring on his finger (he has exchanged it with Prachi as a symbol of their love) and asks him to remove it as it looks like a cheap thing. She then tells Prachi that I am aware of everything. Before she can say anything else, Vikram arrives. Pallavi wants to continue and said I need to talk to Prachi but, the next moment, the doctor comes for Pallavi’s check-up. Vikram, Ranbir, and Prachi come out of the room.

Conversation between Aliya and Dadi:

At Abhi’s home, Aliya gathers everyone. Dadi looks at Riya and feels happy as she has come back from jail. She thinks that Riya has come out because of Pragya. Then she, further said I invited Pragya here on Diwali eve. She has started handling her responsibilities. Now things are getting better. Pragya and Prachi both love you, Riya. Riya said she has no mother, no sister.

Meera also reaches there and asks why Aliya has called Her? Aliya said, you have to be here as the conversation is all about you as Abhi is ready to marry you. Mitali congratulates Meera.

Dadi becomes shocked to hear this. Aliya tells Dadi that you were sleeping after taking medication. Hence, you are not aware of what happened here last night.

Aliya said it was Abhi who has got Riya out on bail and not Pragya as Abhi could not see Riya suffer. At the same time, Pragya did nothing because she wanted Riya to suffer.

Dadi said it is impossible. Pragya can never do that. I had spoken to Pragya when she was going to the police station with Prachi for Riya’s bail. There is a misunderstanding.

At that moment, Pragya calls at Abhi’s landline. Mitali picks, and Pragya asks her to connect with Abhi as his phone is not reachable. Aliya pulls the receiver from Mitali, saying that I am here to announce the big news and you are busy on the phone. And she hangs up. However, the receiver remains on the table, and Pragya listens to their conversation.

Aliya keeps on saying that Abhi has proposed Meera. Riya hugs her. Dadi said it is not possible. She tells Meera that I have no hard feelings for you, but Abhi can never be happy with you. He needs only Pragya in his life. I need to talk to Abhi. Aliya asks, what will you talk to him? He has said this. Dadi, you are aware that nobody can compel him to do anything. You wanted Pragya to come here. We were ready to accept her, but she was not willing for that. The relationship was dead 20 years back.

Meera has taken over Pragya’s responsibilities. We all know Meera will be a good mother. We all are happy and plan a great wedding. It is good that Pragya is not coming back, and we all are happy about it.

Dadi asks Meera if it is true? Meera said, “yes.”

Pragya, after listening to all this, becomes shocked. She starts crying bitterly.

Abhi comes to know about Pallavi.

While driving towards the hotel, Abhi keeps thinking that only Pragya can solve this issue. She has handled difficult situations earlier as well. She can make Riya understand.

Meanwhile, he receives a call from Vikram, who asks him to visit the event organizers. Abhi said he cannot make it today and requests Vikram to handle them. Vikram then tells Abhi about Pallavi’s heart attack. Abhi gets angry that why he was not updated about this incident. Vikram said her surgery is done, and she is recovering. Abhi said that he is coming to the hospital and asks Vikram the hospital name. Vikram doesn’t tell.

Abhi then talks to Dida and comes to know that Pallavi is in the City hospital. He said everyone but me is aware of the situation. Dida said we all got scared and could not tell anyone.

After that, Abhi drops a voice message to Pragya, saying that now he will see Pallavi as she has got a heart attack. He will reach the hotel at 1:30 and meet her there.

In the next episode, Pragya will meet Abhi. She will say we have talked enough, and now there is nothing to talk about it further. After Abhi’s confirmation, she said, fine! I will attend your engagement.