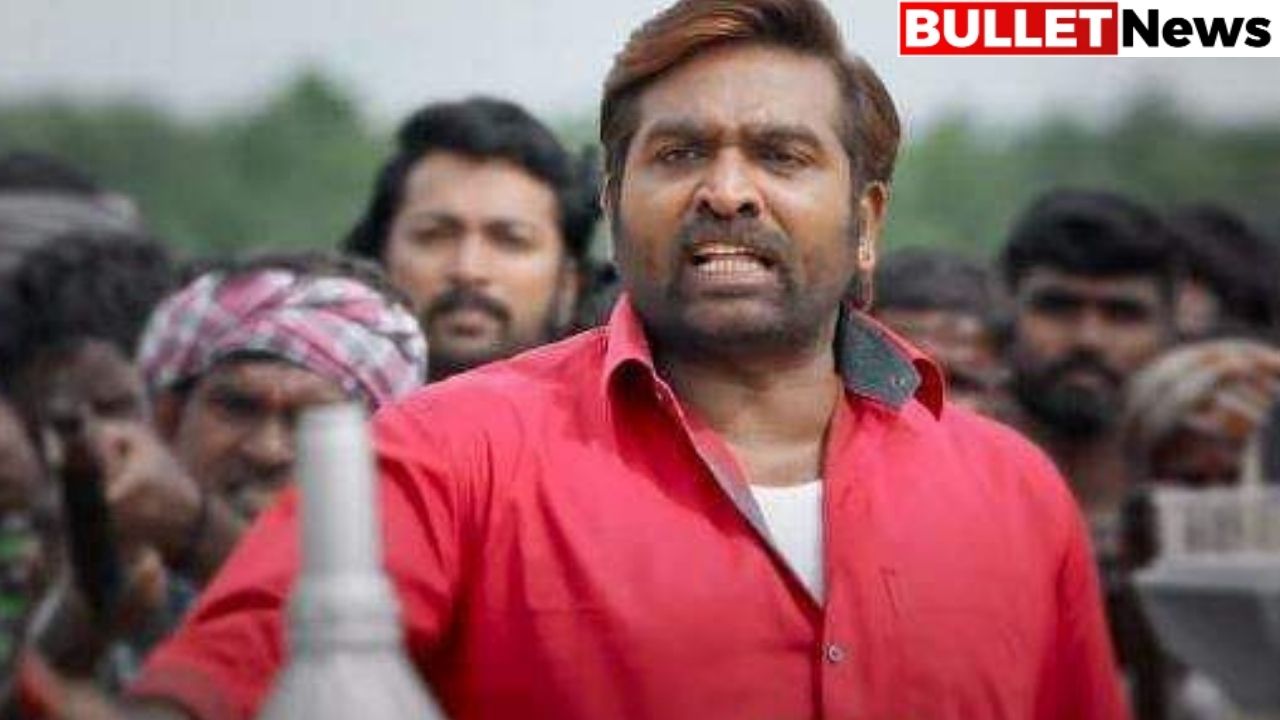 The late SP Jhananathan was a director who saw films as a means of spreading his ideology. Of course, there is more than just sermons in the films. Laabam is no exception.

This film is a protest against capitalism. About how the greed to win leads to decisions. That seems good in the short term. But are a long term disaster for people and the earth.

The protagonist is Pakiri (Vijay Setupati), the chairman of the Peruvayal Farmers’ Association.

He wants to get back the land from Panchami. Which was snatched from the big landowners. Back to ordinary people and use it for community farming initiatives that benefit all farmers in the village.

But the big beast in this place, Vanangamudi (Jagapati Babu). Who introduced for the hundredth time as a greedy capitalist has other plans. He wants to start a biodiesel project that will generate billions. And with police and politicians under their belts. Vanangamudi will do his best to make his plans a success.

You may also read Seetimaarr Review: Crime elements and parts of the kabbadi mingle well with good writing and shows

“Agriculture will not die. I came to work on the farm. “This is what Pakiri (Vijay Setupati) said confidently. When he entered Peruvajal, a village he left a few years ago to go on a world tour.

Pakiri looks like a fakir, dishevelled and pure, but still a hero in Tamil commercial cinema. So, within minutes of seeing him on the big screen. We see him engaging in futile elaborate fights and improvised dance songs.

What did we just say “useless”? Oh no, we’re bombarded with tons of points in this 2 hours 39-minute lecture. On social science versus the dangers of capitalism. Armed with so many stats, AR factor director Murugadoss (do you remember Raman?) would probably be happy with it.

Laabam is Vijay Sethupathi who defends the cause of agriculture:

More specifically, the practice of collective farming. But this requires a villain, and he comes in the form of Vanagamudi (Jagapathi Babu). He wants to lead a local farmer association and control farming practices and costs. But he must confront Pakiri, who is positioned as a community leader. Will this work?

Laabam is a film with good intentions, but are honest intentions enough to get us interested in a film? It depends on how many courses you can take.

It is a film where the protagonist is characterized, as a man who knows everything and is called God by his subjects. Here, Vijay Setupati – whose gaze keeps changing from scene to scene. Explains the concept of profit from bread (ala Vijay who gave the communist line to idol mannequins).

Details how sugarcane is made into as much sugar cane. Many products and complaints that sugarcane farmers are still poor, telling stories and politics behind land ownership, etc. Yes, these are informative moments, but they can only be described as informational waste in terms of storytelling.

Laabam takes on a slightly different texture in the second half when Pakiri throws his household away and runs away. They think something is being prepared but soon the notorious greed for farming practices creeps in and we are faced with a lengthy lecture on sugar production, cotton sales and fair farming practices.

And what is Vijay Sethupathi doing right in the middle, circling a ball marked TMX 4777, just like the ambassador’s car on the MGR idol table?

Laabam is more of a visual representation of characters in television shows (Namma Ooru Hero celebrates everyday characters in various fields) than in movies.