In the third meeting between Lakers and Clippers in this season, the Lakers finally secured their first win. They won the match with a 112-103 victory. LeBron James leads the way with 28 points, seven rebounds, nine assists, and two blocks.

“At 35, what this is doing is incredible. He is the MVP,” Anthony Davis states. “That’s no disrespect to that in Milwaukee. Giannis is having a hell of a year, but if you think about what the most valuable player means, that’s Bron to us. Look at our numbers when he’s off the floor. He’s the MVP”. 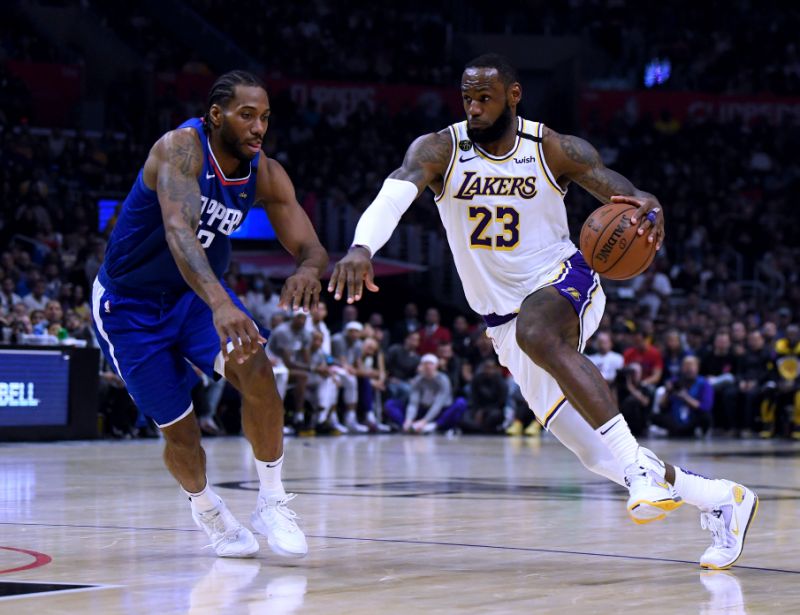 James got to the line 14 times, placing heavy emphasis on attacking the rim, which isn’t easy. He presents the dagger with a drive through the teeth of the defense for getting the upper hand in the fourth quarter.

“I was able to get to the rim a couple of times in the fourth quarter. … I’m going to just do whatever it takes for my team to win,” James says. “If my teammates need me to take the challenge defensively, offensively, whatever, I’ll take it. My teammates asked me to do it this weekend and the rest is history”.

The Clippers highlights a roster establishing on flexibility. The Lakers are seen as a team that doesn’t like physical contact and there were testing times during the match.

While the Clippers were at the line in the second half of Sunday’s game, Davis moves to the other edge of the floor to get in an offensive position. At first, he was in the cover, but then Montrezl Harrell propelled him out.

Harrell was bodying Davis, preventing him from the basket. And even when Davis was a good distance away from the net, Harrell just leaned his 250-pound. This happens a few more times to the point. Then an irritated Davis complains to an official that he was holding foul and took before the ball was even in play.

“Both teams have aspirations of something bigger than a regular-season win, but both teams understand that it’s a process,” James states. “They want to try to continue to get better throughout the year and put themselves in the position to be at full strength when the postseason comes around. But also not losing sight of what needs to happen today or tomorrow. I know that’s from our perspective and it looks like they’re doing the same”.

In a likely Western Conference finals show between the two teams with varying styles, the Lakers took Round 3 and realized they don’t have to change their approach to compete and beat their in-town rival.