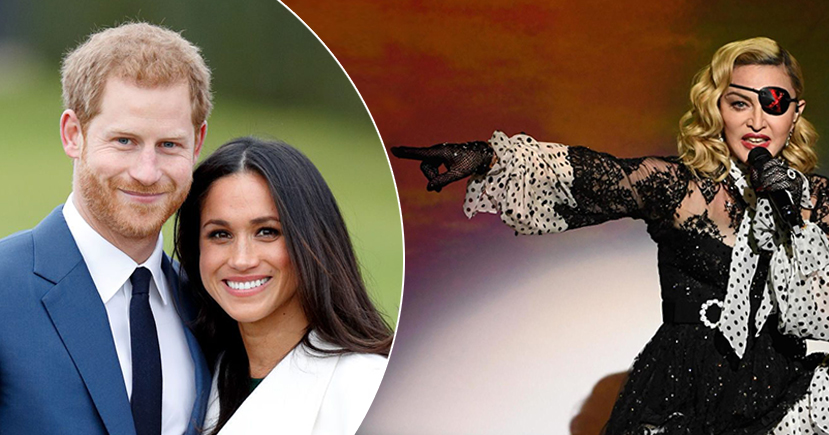 After the royal exit of Prince Harry and Meghan Markle from the family, they said that they plan to spend more time in North America with their son Archie.

After declaring the exit, the family spends time in Canada. The photos show Harry walking off a plane on Vancouver Island. After the visit, everyone was judging that the family will be settling down in Canada.

So Madonna, the Pop Singer, and a part-time real estate agent propose her New York apartment to the family. Before the proposal, she says "Don't run off to Canada". The jazz music plays "It's so boring there" while she gets makeup touchup from the makeup-artist. She even shares her thoughts on why she believes that New York and her place is a better idea.


In an Instagram video from her official account, she has posted this video in which she says, "I'll let them sublet my apartment in Central Park West. It's two bedrooms, it's got the best view of Manhattan. Incredible balcony. I think that's gonna be it, a winner. That's going to be the dealbreaker. Nope, Buckingham Palace has got nothing on CPW."

She captions the video as "Do Megan (sic) and Prince Harry want to sublet my apartment on Central Park West?? #madamextheatre #thelondonpalladium."

In an article on Daily Mail, Caitlyn Jenner claims that both of them are looking for a house in Malibu, California.

Madonna even runs into a little trouble at her Central Park West residence, previously suing her co-op neighbors over a rule that prevents family members and staff from living in her apartment when she’s not there.

The singer got into trouble with the authorities in 2016 at her mansion on East 81st Street as she paints a curb yellow and posts fake "no parking" signs. Her actions were against her neighbors.

Both the couple wants to balance their time between the UK and North America. At the beginning of January, Harry and Meghan mention that they want to create a "progressive new role", where they would be financially independent. Last year they also spoke about the struggling of media attention and royal life.

What are your thoughts about this situation? Let us know in the comments section below.