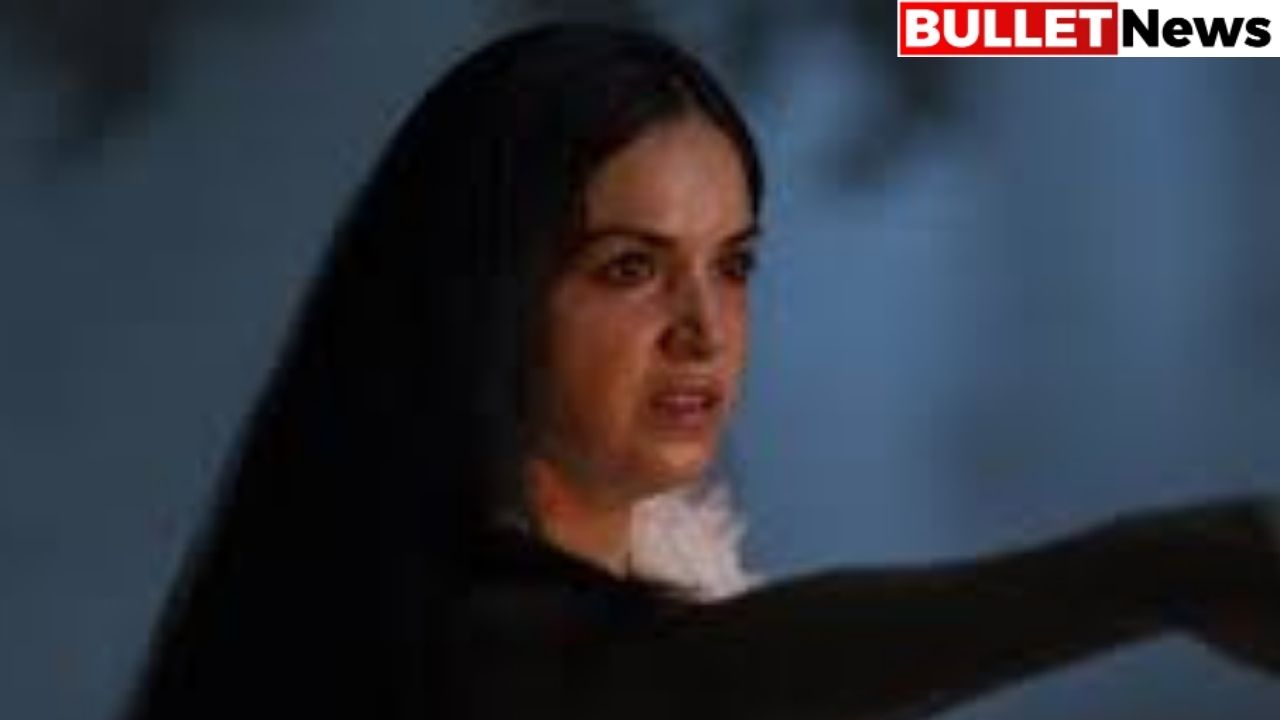 Madres, the latest in the Amazon anthology Welcome to the Blumhouse. It is a horror film with something to say but doesn’t know how to say it correctly. The film introduces many plot themes, none of which get enough attention or depth. The characters and stories are boring at best, clever at worst.

Beneath the sticky and somewhat fearless horror hides an interesting, diverse and terrifying story:

As it is based on real-life atrocities far scarier than Madres. Directed by Ryan Zaragoza and written by Marcela Ochoa and Mario Missione. Madres is profoundly fragmented and very young. Missing the opportunity to tell a compelling and nuanced story that is still a problem today.

The action takes place in the 1970s after Diana (Ariana Guerra) and Beto (Tenoh Huerta). A Mexican-American couple who moved from Los Angeles to a rural community. After Beto was offered a leadership position. The two settled in their home, although Diana, seven months pregnant. Which often feels like a foreigner in the Spanish community for not speaking Spanish.

Shortly after they proposed, Diana began to see and feel a presence throughout the house. That seemed to be devoted exclusively to her and especially her baby. When Diana develops a rash and experiences pain and blurred vision. She suspects something is wrong – her friends believe it is a curse. That primarily affects the Spanish community. And examines her to determine that potential ghosts are not the most haunting aspect of the city.

Madres had some exciting ideas but to no avail.

The film lacks direction and introduces many interesting plots and twists. That are fleeting before being firmly captured. This makes the story inefficient and emotionally sluggish. With Guerra delivering moving performances periodically marred by an underdeveloped narrative, blazingly slow pace, and lack of intensity.

The characters seem to have figured it out for themselves. But while there are a few instances where the film offers a deeper look, both Diana and Beto remain shallow. This is incredibly disappointing that Diana doesn’t feel part of her community due to the language barrier. Her parents never spoke Spanish to her because they were ashamed of it. And Beto feels perfect as an outsider in the US.

It would be interesting to explore this aspect of Madres. But it’s another part of the story that barely focuses and then disappears altogether. This applies to almost anything. The film wants to go in a different direction, which makes it difficult to understand what it is; this is certainly not a real horror movie, that’s for sure. Fear is non-existent, and any attempts to make it dark or intense. That is compounded by poor director choices. One of which includes a split-screen to show Diana’s sense of urgency as she explores.

Unfortunately, there’s no accumulation, and many story elements:

Including the horror, are treated so randomly. That it’s sometimes painful to look at. Madres isn’t horror at all, but she’s disguised as one. It underestimates the film’s final moments. Which would have been better served if it had been Zaragoza. And screenwriters Ochoa and Misione had a firmer grip. On how the film should have been in the beginning. Of course, the mystery at the centre of Madres itself is fascinating. With the revelations (as well as their connection to real-life US brutality) tickling and tugging at your stomach.

Last but not least, the ending of the film should inspire the audience to explore further. And question the latest events and stories. But as a film, Madres is sadly annoying and stupid. He’s not as involved as he seems at first with the deeper story. At its centre or with Diana as a person, and this spoils the film’s message more than anything else.