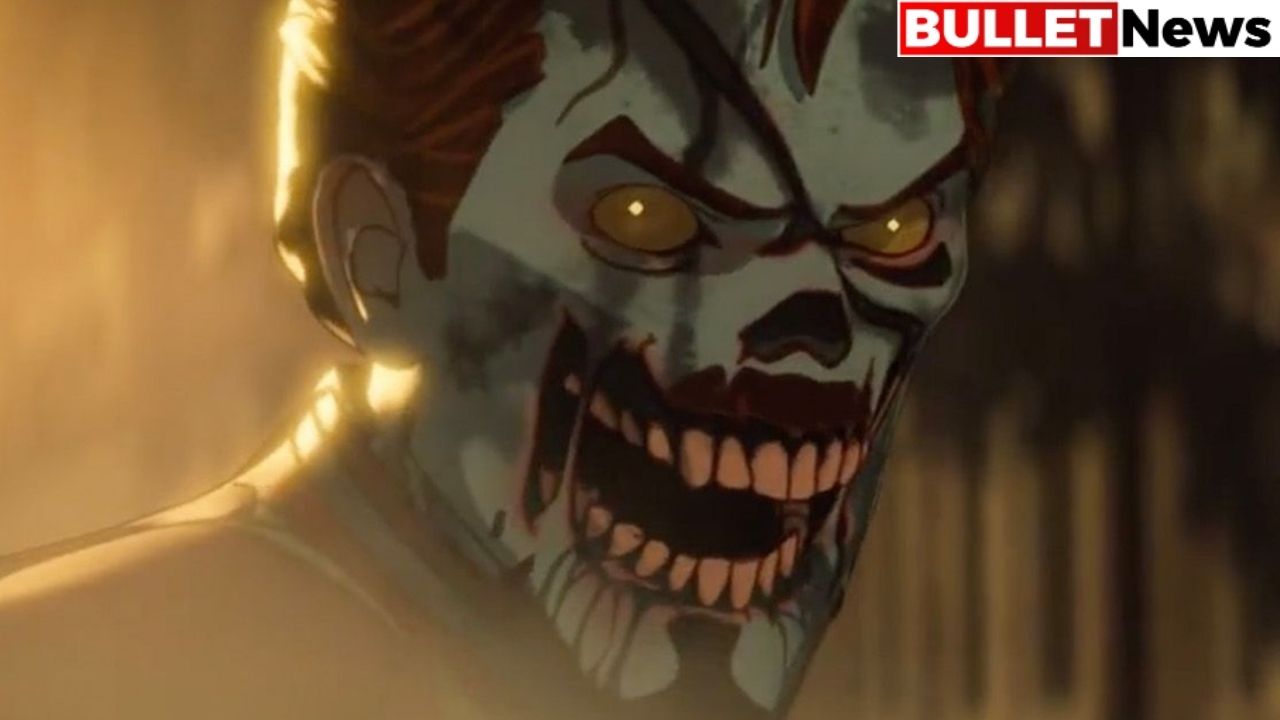 While streaming Marvels, What if…? On the Disney+ website, you’ll see episodes with headlines like “What If… Captain Carter Was The First Avenger?” And “What If… Dr. Strange did lost his heart instead of loosing his hand?” This week was “What if… a zombie!?”

Of course, it’s the joking naming convention the series uses:

But it’s also an indication of how much thought has been given. To it to sell a working zombie apocalypse in the MCU. So far, What has done well enough is that the premise of each episode. It feels like a logical departure from the established story. But despite some fun action, Episode 5 becomes chaotic, aimless, and purposeful because of how it came to me.

Episode 5’s flaws are apparent when compared to last week’s best episode. It was full of supernatural spectacle. But everything that happened is inside Dr Strange’s struggles. That is rooted in his grief, so it stirs emotion. On the other hand, this episode spends most of the time moving survivors from zombie encounters to zombie encounters while trying to find the cure. Hope Van Dyne (Evangeline Lily) explains that the zombie epidemic began after Hank Pim’s trip to the Quantum Kingdom.

Where only Hope’s mother, Janet Van Dyne, returned. Janet is infected by a “quantum virus” that…turns everyone into zombies. Marvel has joked that we’re sticking to the “quantum” concept that “Ant-Man and Wasp” failed to explain. And we’re pretty far from the point of diminishing returns, that inexplicable “quantum” stuff. Often, he feels like he can’t decide whether to take the zombie apocalypse seriously or play it for fun, and Episode 5 suffers from that obscurity. Feel lazy to write.

The difference in tone ultimately affects the development of the entire episode:

It leads to questionable character decisions. After what if you spend a full minute off-screen on Peter Parker’s account. Explaining the basic rules of survival against the Walking Dead bites infect. Blows to the head kill. They can smell you. It is frustrating to see Bucky (Sebastian Stan) just by sombre underground military installation without asking any questions.

MCU: The only thing more contagious than a quantum zombie bite is Starkian’s ominous comment that spoils something serious. Leaving someone alone to keep the plot going feels like a giant cop. Lucky Hogan (John Favreau), who keeps exclaiming “fake, shame, shame” until he’s dragged to his death. It is a disturbing case when the episode ignores its reality to fit into another joke.

You may also read “On The Verge” Review: A comedy about four forty women who tried to live the life they imagined

The best moments of this episode has come during a tense confrontation with Vision (Paul Bethany) at Camp Lehigh. Here we get an idea of ​​what a more focused, character-driven story could deliver. As usually the good-natured android is damaged in its way by a zombie explosion. His desire to heal an infected Wanda and his disregard for the human cost of success are attractive ideas, but what if he goes quickly to put the magic of Wanda’s zombie chaos in the middle.

The What If action scenes continue to be his saviour, and Episode 5 is no different.

As long as you don’t overthink about the zombie characters still wielding their powers. Not a word or phrase is left out of “quantum” before it stops me. From asking why Tony Stark’s zombies can still control the most advanced flight suit.

On earth, or how Dr Strange, Wong, and Wanda concentrate on being able to eat their brains at the same time. All the combat and violent action scenes are brutal. Well-choreographed and inventive, but only to the extent that you’re willing to stop the vast suspicions. You need to avoid asking questions more profound than “What if..”.Zombie”..!?”

Where there’s a will, there’s a way and Killmonger’s adaptability. As a tactician is fully demonstrated in episode 6, What If. While we don’t get a better idea of ​​what drives him.

We gain a broader understanding of Killmonger’s abilities, and Michael B. Jordan’s powerful vocal performance adds dimension to an already great villain. What if there’s still room for improvement in the way he composes his story. But at least this week doesn’t limit Killmonger’s sole hunger for justice.