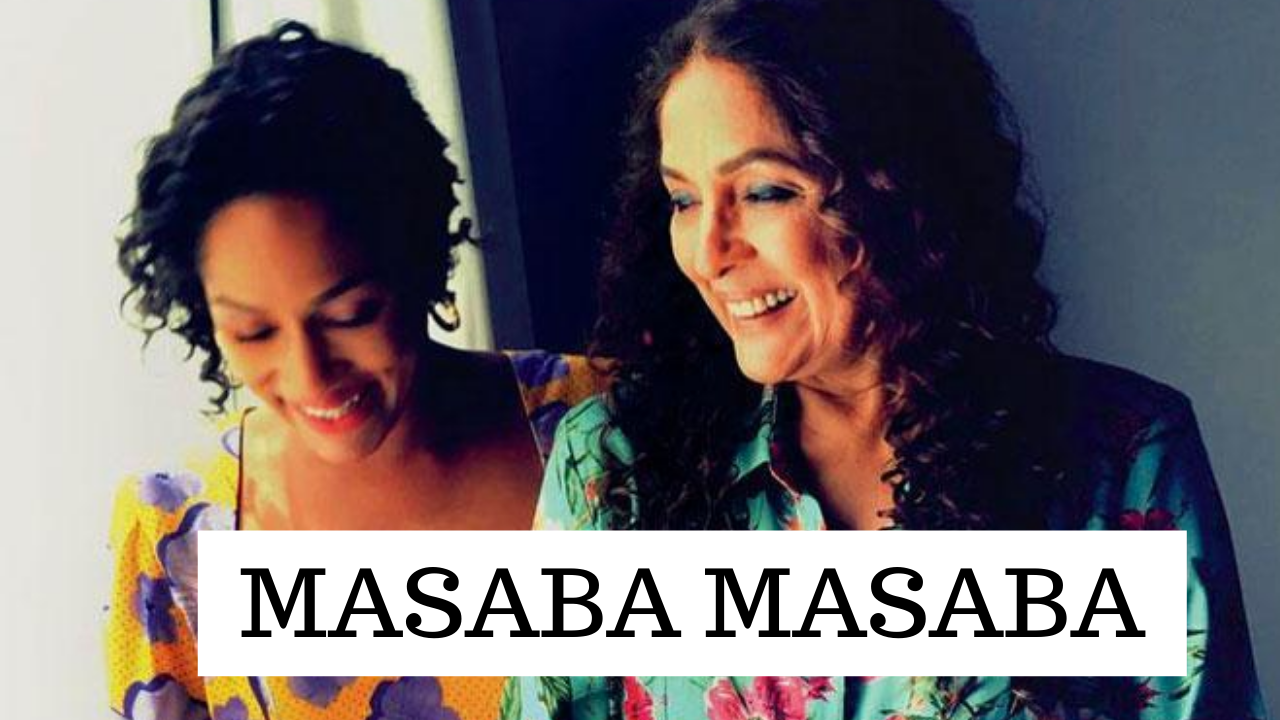 Masaba Masaba looks like one of the most engaging and interesting upcoming Indian web series. It is based on the real-life of Masaba Gupta. Starring Masaba Gupta and Neena Gupta, the daughter-mother duo will be seen playing themselves in this web series. Firstly, this series is produced by Vineyard Films. And secondly it is written and directed by Sonam Nair, the series looks excitingly promising!

Masaba Gupta looks fresh and robust as her real self and will grab your attention for sure, and hold it! Neena Gupta, a veteran as she is, with her quirky dialogues and exceptional acting leaves us wanting more! Through the web series, we get a glimpse into Masaba and Neena’s real life. Moreover, Masaba Gupta is a strong, independent, and, most importantly, a brave woman; to sum up, she becomes a natural corollary. Her mother resembles all the typical mothers who are always fussy and complaining about how their daughter doesn’t spare enough time.

After sharing the trailer online and on their social media platforms, Masaba and Neena expressed their gratitude and excitement. A Very happy Masaba shared her happiness by tweeting: “OMG, It’s finally here! Super nervous but SUPER EXCITED to share my trailer!.”.

The web series will start streaming on Netflix from 28 August 2020, and it is Netflix exclusive. What are you waiting for?, add it on your Netflix account right away.

The Masaba series is based on the real-life of Masaba Gupta, who is a fashion designer. The story is about her family, the twist and turns of her love life and challenges of her career. On the first look, the series trailer looks very engaging where Masaba and her mother are seen playing a fictionalized version of their real self.

There is a sneak peek of 3 cameos of Kaira Advani, Gajraj Rao, and Farah Khan in the trailer. Besides them, Neil Bhoopalam, SatyadeepMishra, Smaran Sahu, and Ritasha Rathore are playing significant roles.

Meanwhile, the web series seems to have a ton of fun packed with a roller coaster ride into the mother-daughter duo’s lives.

The Guest Stars are:

While the following are stars are in the show as well.

And that’s just not it, above all, there are cameos too: Kaira Advani, Farah Khan, and Gajraj Rao will present a small role.

The trailer is available to watch on Netflix as well as on YouTube and has already garnered 1 million views. Furthermore, The trailer provides an insider’s view into the highs and lows of Masaba Gupta’s life. At the same time, she depicts her fierce but intriguing struggle to balance her professional life and personal life. The relationship with her mother forms an integral part of the plot.

In addition to writing, Sonam Nair is the director of the show, and Ashwini Yardi’s Vinyard Films produce this show. Talking about it, the director Sonam Nair, in a statement, said, “Masaba and Neena are my type of woman, confident and hardworking, sassy and most importantly Brave. We rarely see women with all their complexities on screen and this was a chance to show them as they really are, including not only their achievements, but their flaws, their messes and their successes.”