Facebook
Twitter
Pinterest
WhatsApp
Telegram
Meghan Markle and Prince Harry have pictured in Los Angeles for the first time. The Duke and Duchess were seen delivering food packages on behalf of Los Angeles. Based on nonprofit Project Angel Food on Wednesday. Harry and Meghan captured on surveillance cameras. Arriving at the Sierra Bonita Community Apartments in West Hollywood. In their SUV at 10:55 am. A security team accompanied the couple in a separate SUV that followed closely behind. But they opted to walk up to the apartment to deliver the food alone. Dressed casually in jeans, Harry and Meghan both followed California’s new rules. About-face coverings, issued by Gov. Gavin Newsom. While Harry elected to cover his face with a blue bandana. Meghan sported what appeared to be a white surgical mask. The couple also both wore a single glove on their right hand. 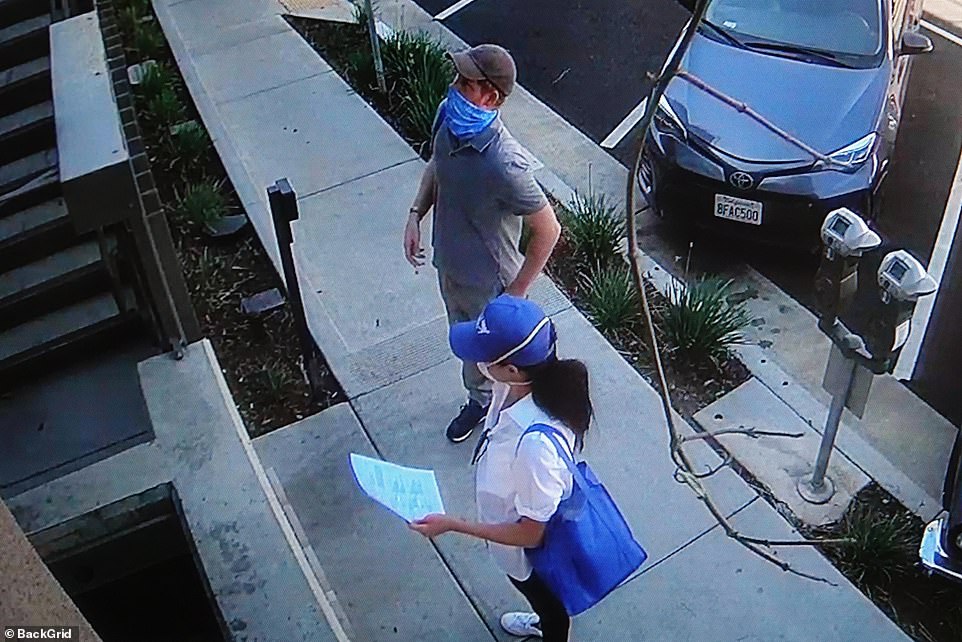 Meghan and Harry spent two days volunteering with the non-profit this week. Who cook and deliver meals to people with a critical illness. Who are at a greater risk amid the ongoing COVID-19 pandemic. None of the charity’s clients knew the Duke and Duchess were going to be delivering the food. Nor had any forewarned about their arrival. One stunned recipient of the royal delivery was Dan Tyrell. Who admitted he didn’t recognize the couple when he first opened the door of his West Hollywood apartment.

‘My phone rang and a lady said, “Hi this is Meghan from Project Angel Food.” Tyrell, who has HIV and issues with high blood pressure. “I said, “Oh, do you want to meet me downstairs?” – I didn’t realize it was THE Meghan at this point.’
Tyrell said, “He startled when he walked down the building’s external staircase and spotted two black-out SUVs on the road outside”. “I knew they were something going on”. As he approached the front door, Tyrell said he spotted a man with red hair who looked familiar. ‘Then I looked at Meghan and put it all together.

I gotta give credit to 'Bela Lugosi, Bum City AKA Los Angeles, United State' from the #DailyMail comment section for this one! ?

Attempting to keep a low profile, neither Harry nor Meghan formally introduced themselves to Tyrell. Instead, they told him “Here’s your food and thank you. We hope you’re well and that you’re fine”. 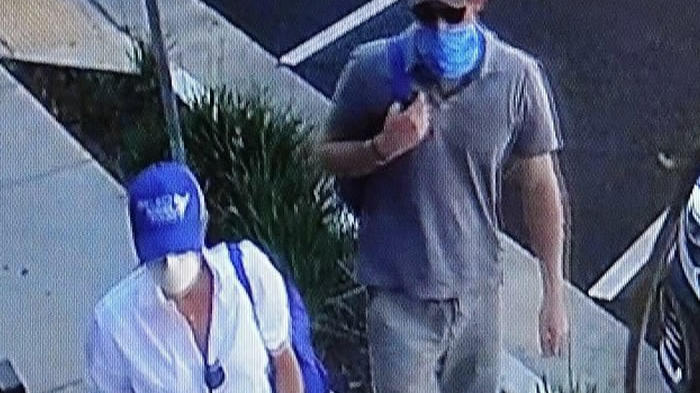 Tyrell said “I didn’t let on that I knew who they were. ‘I didn’t want to make them uncomfortable or anything. ‘To have someone come and deliver the food is amazing, it makes us here feel that somebody cares outside. So for Harry and Meghan to do this is amazing.’
© Copyright© Bullet News