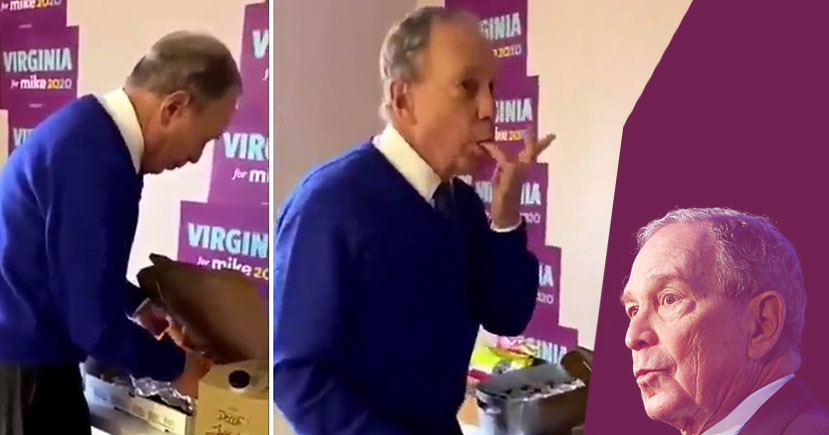 On Tuesday (3rd March 2020), A Snapchat video showed the Democratic hopeful “Mike Bloomberg“. Touching his mouth before he pulled apart a pizza put out for staffers at a Virginia campaign office. Recently he declared as the best presidential candidate to combat the coronavirus outbreak. But his own personal hygiene practices have caused some to question the claim. 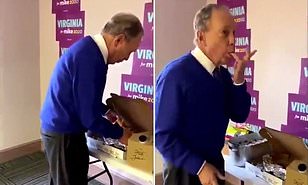 Mike was ripping the crust from one slice of pizza while he touched other pieces of the communal pie. After sampling the lunchtime treat. Mike licked several of his fingers and placed the incriminating hand on a box of instant coffee. This clip quickly went viral, with Twitter users noticing. That his unhygienic behavior appears to defy doctor warnings. To avoid hand-to-mouth contact in the midst of the coronavirus outbreak.

This incident came just two days after Bloomberg released a commercial claiming. That he would be the best presidential contender to deal with an outbreak – which has already claimed the lives of nine Americans. President “Donald Trump”, a self-confessed germaphobe, scold Bloomberg on Twitter. By writing: ‘Mini Mike, don’t lick your dirty fingers. Both unsanitary and dangerous to others and yourself!
This virus is spreading quickly across the country, with more than 100 people testing positive to the disease. Although the United States, Health administrations are dealing with 60 cases. and most of them are American Citizens.
This video was first published by Bloomberg’s Snapchat account and then went viral when a parody Twitter account shared the video. The former New York City mayor seen removing the crust from a pizza, putting part of it back in the box and then licking his fingers. The video captioned as: “When in doubt, rip the crust off.”
You can get more information about Corona Virus…