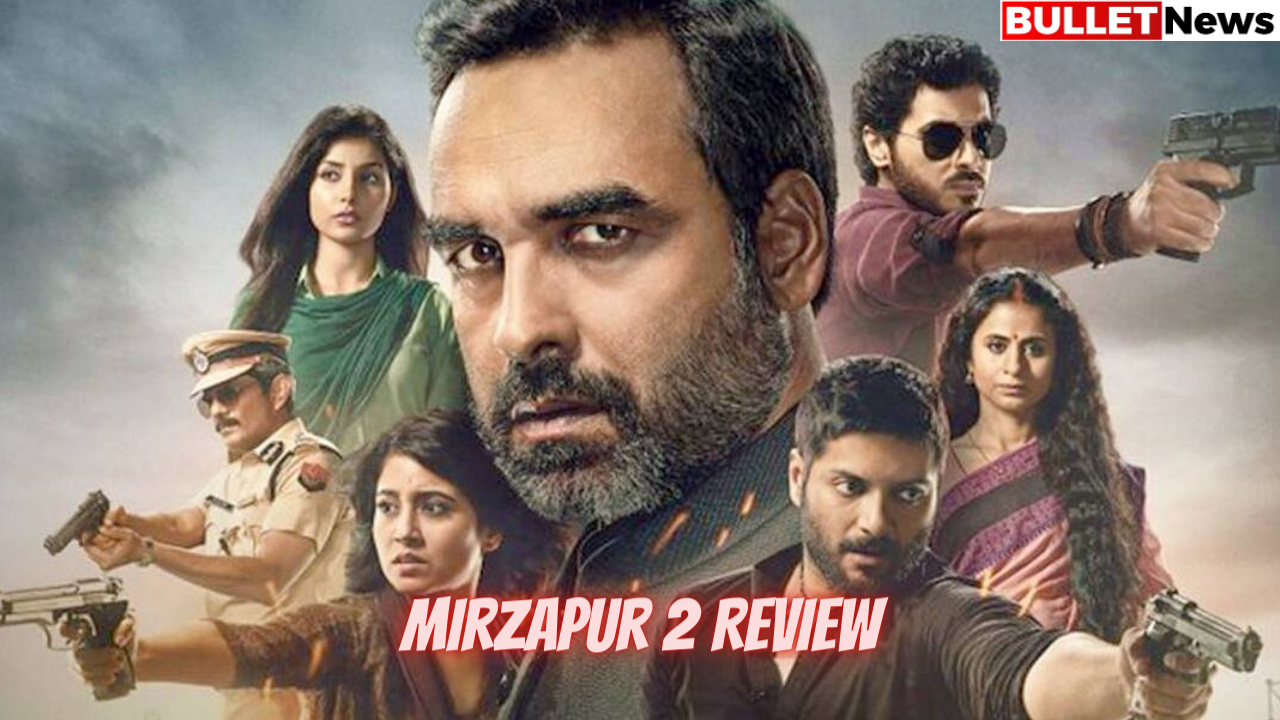 The star cast of this part is

Other supporting cast which plays an immense role in the series. Karan Anshuman, Gurmeet Singh, Mihir Desai. directed this thriller series.  It is currently streaming on Amazon Prime. There are now two seasons of this series consisting of a total of 19 episodes.

In Season 1 of Mirzapur. It is an old tradition in Uttar Pradesh, India. The city or a region is still ruled by a mafia person or a political leader.

The same scenario is being followed in Mirzapur (a city in east Uttar Pradesh). It revolves around the story and the life of a mafia named Akhananad Tripathi, also known as Kaleen Bhaiya. Pankaj Tripathi is playing this character.

Munna Tripathi. Spoilt, rich brat son of Kaleen Bhaiya, treats Mirzapur like his own belonging and heritage. He does everything explicitly for not doing it. Munna Bhaiya is famous for making mistakes and having a bad temper problem. Which lands him in trouble with his hot-headed mind and violent nature.

Satyanand Tripathi, his disabled father of Kaleen Bhaiya. He is considered the old retired lion of the jungle and seen moving through a wheelchair.

At the start of the series Mirzapur. Kaleen Bhaiya deals with a person who bought a gun from him and got hurt while firing. And parallelly, Munna Bhaiya fires the groom at the wedding. Thought it was an accidental fire, but the family member of the groom files a complaint against him. They approached the most honest advocate of Mirzapur, Ramakant Pandit

Ramakant Pandit was the father of Guddu and Babloo Pandit.  Our two heroes and the main focus characters for a while as of now.

Behind The Story Season 1:

Kaleen Bhaiya appoints Guddu & Babloo and asks them to join his gang. He offered them to work for him in the business of selling weapons in the market. Slowly and steadily, this pair of brothers put their feet in the market. They were quite fast in getting infront of everyone’s eyes. Specially Munna Tripathi, as he was the heir to the throne, gets jealous about how his father trusts them more than he trusts him.

Later on, the quarrel between Munna and Guddu takes a different turn. A love triangle wherein both of them are fighting for the same girl. Sweety Gupta, both Guddu and Munna, claim to love her, and Sweety chooses Guddu over Munna and breaks his heart.

Further on, Munna Tripathi or Munna Bhaiya gets angry at Guddu and his family and decides to avenge them. He wanted to win back the lost trust in front of his father’s eyes, and that’s how the journey of revenge begins.

In the end, Munna manages to kill half of the family and causing severe harm to Guddu.

Who dies & Who is alive?

Behind the plot of Season 2:

Munna Tripathi is in a much more aggressive version of himself in the 2nd part of the series. There is no more Babloo & Guddu Pandit in the market and streets of Mirzapur. Babloo dies off in the last part of Season 1, and Guddu somehow manages to escape from the marriage.

Guddu advises Golu Gupta (her sister in law) and Dimpy (her sister) to learn the use of guns and weapons as the scenario is not all safe anymore for them. Golu agrees and starts the practice of using a gun.

After a long run, Golu and Guddu finally find a shelter at Lala’s place by promising him to take revenge from the Tripathi’s.

Guddu Pandit slowly builds himself and his reputation again in the market, gain the required and the necessary support, and plans to fight back the Tripathi.

Being Munna, being furious by his men showing loyalty towards Guddu Pandit, Munna kills him and his Grandmother, who happens to be Maqbool’s mother. Maqbool learns about killing his mother and getting furious at him, and takes his revenge by killing Satyanand Tripathi (Bauji), the father of Kaleen Bhaiya.

There begins the fall of the Tripathi’s; even Beena revolts against her own family and in-laws and joins Guddu as he promised Beena’s son the rule of Mirzapur. With the help of Beena and at the funeral of Satyanand Tripathi, Guddu and Golu attacks Kaleen and Munna Bhaiya and manages to take down Munna Bhaiya.

The most exciting part is the end of season 2, where Sharad Shukla carries the wounded body of Kaleen Bhaiya, and that’s where the series takes a pause.

The speculations are being made through the post-credit scene where Guddu will sit on the throne of Mirzapur, and Chote Tyagi manages to survive the last shootout that happened in the family seeking for revenge with Golu Gupta.

Even Sharad Shukla is boiling for revenge for his father’s death from Gudu Pandit, and Munna’s wife, who is the CM now, will also be after Guddu as he killed her husband.

If you like action with a pinch of drama and lots of thrilling surprises, then this web series is for you. The only catch here is that the creators have left the series in a cliffhanger position that people seek and speculate about what will happen in the end.