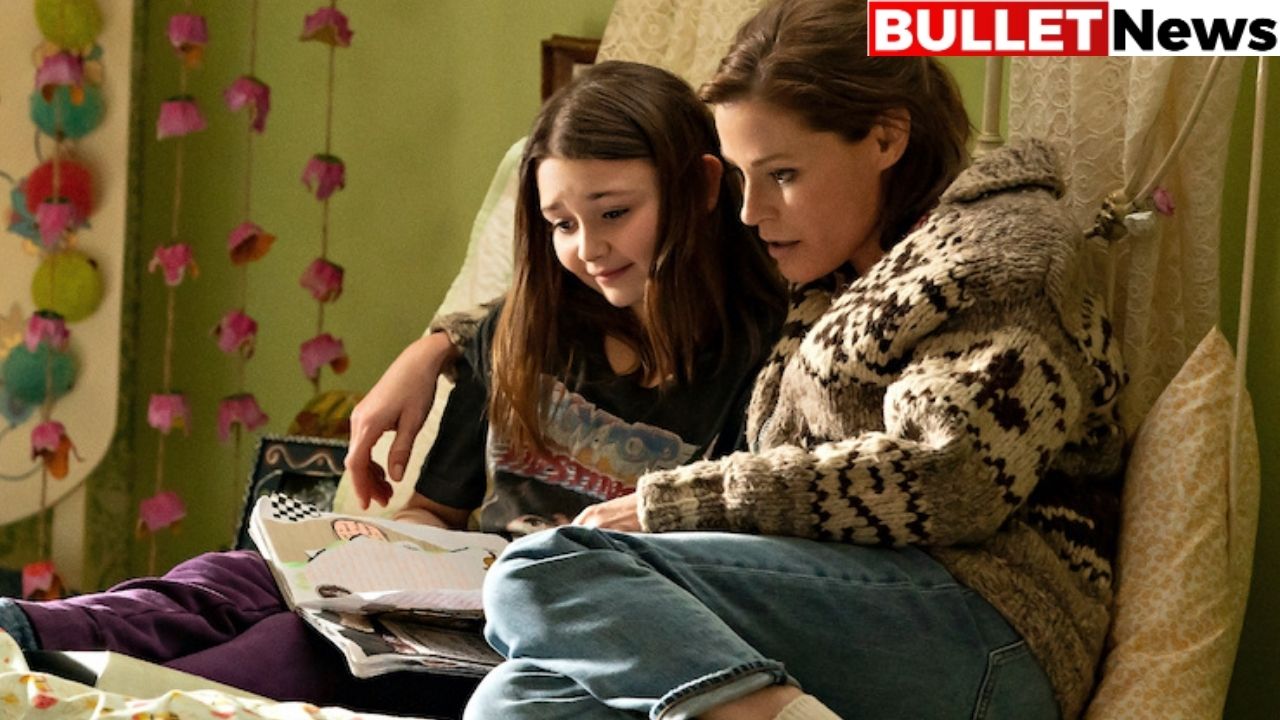 Spokane, Washington, 1999 When we met young Beverly (Gemma Brooke Allen). She wrote a poem and considered dedicating it to her parents. The young people themselves who were no longer with us. They can be seen in ripped jeans and T-shirts on their bedside table, a mother in a blonde mohawk.

And a father who looks like he just stepped out of Cameron Crowe’s 1992 single grunge rom-com. Beverly goes to school, and Steve’s nagging slightly clouds her Life’s bright outlook. And she returns to Grandma Gales (Julie Bowen)’s house to carry out her duties, including cleaning the basement. And then he found it: “Kim [heart] Zack Mix.”

The Mixtape was made by his mother and included the necessary handmade covers:

Skeleton painted in black sharpie with a pink beating heart. It takes an old Sony Walkman from another box, carefully starts the Maxell UR-90’s “Love Riot” on one side, and immediately hears ancient analogue technology squeak and stir as it eats during playback.

You may also read “Zero to Hero” Review: Inspiring biopic about So Wa Wai, the first gold medalist at the Hong Kong Paralympics

Oh no! Terrified, Bev took out the tape, only to find that mercilessly opened the magnetic tape. Returning to Kim’s handcrafted covers, Bev is lucky – like any mixtape creator, she has a carefully curated tracklist with titles and artists. Beverly’s mission is to find and hear every song on the tape.

Beverly enlists grim record store owner Anti (Nick Tune) to help her find jams. She becomes more confident at school as she finds each song, drawing strength from the powerful chords Girls At Our Best! and The Stooges.

When Beverly first showed her the tracklist on Anti, she looked down on him with the arrogance of a classic record store worker. “Your parents have great taste,” she finally explains.) There’s a lot of nostalgia for the 1990 name – Y2K is scared, and Ellen is looking for a song.

Napster – and there are some problems when Bev. And her friends start to feel too much about their new empowerment. Gothic/grunge eye makeup, sneaking off to rock shows with Anti, and even skipping school. But all in the service, Bev creates her own identity and finds a way to her parents’ personalities.

Gemma Brooke Allen has made several TV episodes and played young Mary Elizabeth Winstead in Kate. It is fantastic here as Beverly, a curious kid with a wild wit and headstrong spirit. Who wants to learn about parents she never knew.

You may also read “A Boy Called Christmas” Review: Where Maggie Smith Tells A New Version Of Santa’s Origin

“Order from the manufacturer.”

It is the line from Antis Pontificate for Mixtape Law that Beverly hits. That the most because she sees the record as a guide to her parents. They always led their lives, even though they died in a car accident when she was two years old.

Beverly’s grandmother is a teenage mother like her daughter. And has worked two shifts at the post office since adopting Bev because she couldn’t stand the thought of crushing Bev. Just like she thought she had let Kim down.

She spends half of the film calling the bank to protect Bev’s college fund from possible Y2K destruction. And for Beverly, her feelings of ignorance about her late parents lead in a way that Gail couldn’t. Like Gail hung up on her grief. The connectivity the Mixtape offers is the most tangible thing Bev has ever had in her Life of her parent’s legacy, and it’s encouraging to see her go on a mission to find news.

Mixtapes work best when nostalgic, whether it’s the anti-school Bev and her girl group with the vinyl style and music scene or the band t-shirts, cheesy trick lyrics, and bangs from the garage band that make up the film’s musical transience.

You may also read ‘Extinct’ Review: Donut-shaped creatures are an evolutionary dead end

Maybe there’s more music in the Mixtape – he could use more scenes where the kids come across punk rock scissors or sparkly lyrics by Brian Ferry and Roxy Music. And whatever relationship may arise between Gail and Anti. It has not been studied in depth. But the Mixtape’s heart is whole, its ears tuned and its love for music, and the message it sends is very, very real.

Hosted by young Gemma Brooke Allen. Mixtape finds its heartbreaking message in a playful, nostalgic twist and a dash of post-punk volume.