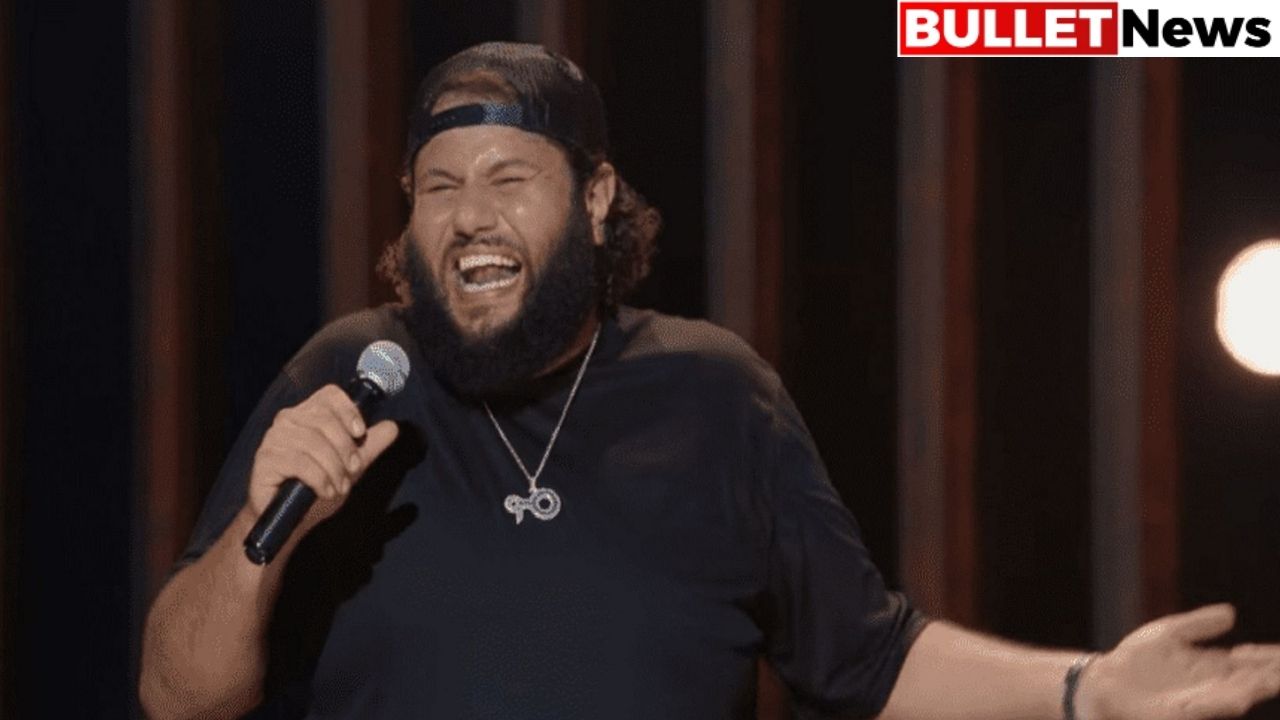 For his second comedy special on Netflix, Mo Amer called out a big name to the stage: Amers Black Adams partner Dwayne “The Rock” Johnson. Can you smell what this Palestinian Arab is cooking in his hometown of Houston?

This is Amer’s second special booth for Netflix.

The first, The Vagabond, came out in 2018. He is currently working on his refugee status. After fleeing Kuwait with his family in Houston in 1990, he was a comedian and US citizen. After that first film special, Amer and Rami Yousef starred in the Hulu series Ramy. He toured as Dave Chapel and directed the DC superhero film Black Adam with The Rock.

Chappelle’s stuff must have appeared at this hour because Amer was joking. And luckily he was able to joke that he contracted COVID-19 twice. All thanks to his relationship with Chappelle. First time in Ohio as part of the outdoor show Chappelle Summer Camp; the second after sharing close contacts and cigars with Chappelle while living with Joe Rogan in Austin.

You may also read “Everybody Loves Natti” Review: Bringing Life to Regatta Stars

What hasn’t been revealed will soon appear on Netflix. With the announcement of this special issue earlier this month. Netflix also produced an eight-episode half-hour series. In which Amer (and executive producers Yousef and A24) seek asylum, citizenship. And happiness in Houston as a Palestinian refugee. Based on the comedy of the moment, Amer has found all these things deep in the heart of Texas.

Anytime you can post Dave Chapel’s name today. It’s easy to remember, but maybe not as much as Amer can say, whatever with his two different stories about getting the new coronavirus due to his communication and presentation with the comedian titan.

These stories highlight early snippets of printed pandemic material in vague flashbacks as he repeatedly asks, “Is it over?!” He shared with us that he’s post-vaccination (Pfizer). And likes to use accents to liven up each of America’s top three vaccine decisions. Europe for Pfizer, Mexico/Spain for Moderna, and Sad Attitude for Johnson & Johnson.

After the outbreak of the pandemic:

Amer freely shares his insights on Arabic swearing and hand gestures, his love of Mexicans in Texas and Mexico, and some of the significant contributions Arabs make to contemporary American culture. Namely shisha, hummus and bidet. Good grief.

Amer sees the whole politics and the media is trying to divide us into red or blue (reminds us to gang on the nose versus Bloods vs Crips) as he sees us more united on earth, even in Texas. After talking about a neighbour named Redneck Scott helping everyone with a generator after the storm, Amer noted, “Mohammedans in Texas hang out with Redneck Scott all day long.” Maybe butter is thicker than blood?

You may also read “Christmas Flow” Review: Formulated and predictable, but still with a lot of heart

And we can all agree to hate selfish punters who don’t treat other people, or make fun of people who don’t wash their ass, or white girls who take advantage of Mexican hookahs and beaches without acknowledging their cultural significance.

After his final joke, Amer remained on stage as the applause died down to tell one final encore story, speaking at Home Movies about his return to the Middle East after receiving US passports and his cousins ​​and neighbours to call to visit the local mosque.

Maybe Chappelle should pay more attention to his debut promotions? You make more treatments and jokes than him lately.