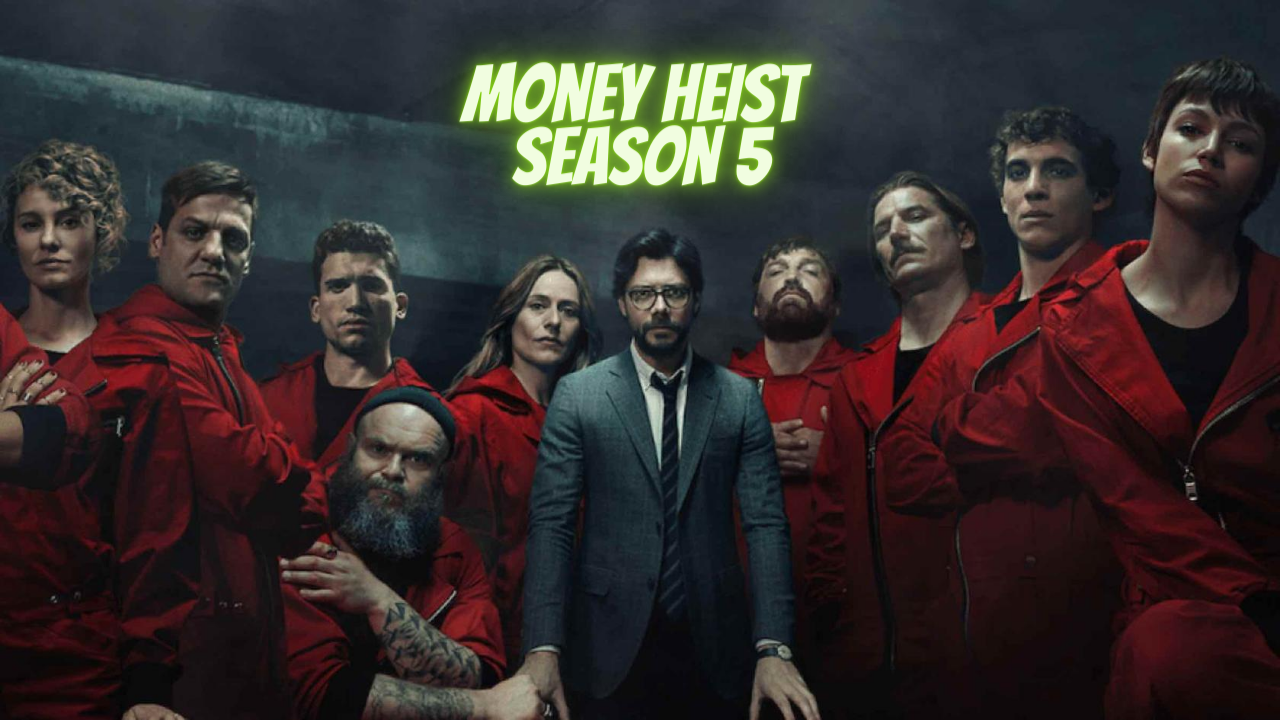 Hey there, beautiful people, we are back with a new article, and in this one, we will be discussing the most awaited Money Heist season 5.

Out of all criminal drama collections, Money Heist gained an extreme fan base within a brief period. Fans worldwide are eagerly waiting for this Spanish series next season. With over 65 million views in only four months of its release, Money Heist’s latest season has become the year’s hottest season. To this date, four seasons of Money Heist are already on Netflix, and now the rumors are burning everywhere about the affirmation of its next season as fans all over the world can’t wait any longer for the professor gang to complete the heist.

Today let us talk about everything you need to know about: The Release Date, SHOCKING ANNOUNCEMENT, Heist Progress, Cast Update, And Trailer Details.

Alex Pina, the show’s creator, confirms that the show would be coming back soon, in a recent interview with the ‘Deadline.’. He confirmed the news before his latest series, ‘White Lines’ landed on Netflix. He said that he couldn’t reveal anymore, “Netflix will put a bomb in my house,” he humorously added. There are some rumors about the date; still, the exact date is not known. But let’s do some math like us, and all the fans can’t wait any longer to binge-watch one of our favorite shows.

Season 1 was out in July 2017. Further, Season 2 was out on October 17. Then after a 21 months delay, Season 3 dropped on Netflix in July 2019. However, Season 4 was then released nine months later in April 2020. Season 1 and 2 were produced back to back, while 3 and 4 followed the same strategy. Therefore, if the process remains the same or not, viewers might have to wait until early 2021 to see more of the show because of the pandemic.

Money Heist Season 4 ends on a cliffhanger, which revealed two significant scenes. Lisbon joins the heist group as she drops from the helicopter to the Bank of Spain’s roof. Also, in the next scene, inspector Alicia Sierra somehow manages to monitor the professor’s den, and the spectacle finishes with Alicia pointing the weapon towards the professor. It is here when season 4 ends, leaving the viewers biting their nails and wondering what will happen next.

Season 5 of Money Heist is at last airing in early 2021. But there is a shocking twist to this. Season 5 of the Spanish TV show will be the last and the final season. Moreover, even during the extreme conditions because of the pandemic, the shooting of the last heist has already begun. All the cast has returned to film the fifth and the final season. The fifth and the last season will be shot across Spain, Denmark, and Portugal.

Indeed, most of the cast remains the same. But, some snapshots of new cast member Patrick Creado filming portions with Pedro Alonso, who stars as Berlin came to surface. So we are about to see a new face. However, Ursula Corbero, who plays Tokyo, is already and on the set for shooting the new episodes. The show’s creator, Alex Pina, has also confirmed that Miguel Angel Silvestre will also join the money heist.

There is no official trailer or teaser out yet, so we have nothing for now. Above all, season 5 will be the last, and the release date is not specific. On the other hand, one sure thing about this season will be the action-packed thrill that awaits us in the show. The professor gang is all set up to execute the last heist. Are you guys ready for the roller coaster ride one last time? We sure are!