Facebook
Twitter
Pinterest
WhatsApp
Telegram
China is honing in on claims made by a New Jersey mayor that he contracted COVID-19. As early as November, suggesting that the devastating virus could have emerged in the US, not China. On Wednesday Belleville Mayor “Michael Melham” told China Global Television Network. That he believes he caught the novel coronavirus back in November over a month. Before China reported its first case and two months before COVID-19 believed to have landed in the US.

The mayor of Belleville, NJ, Michael Melham @michaelmelham said he tested positive for #COVID19 antibodies and believed he contracted the virus in November last year, which was two months before the first reported cases in the US. #GlobalWatchTopStory pic.twitter.com/ToRLuHNxVn

On Thursday Lijian Zhao, the spokesman for China’s foreign ministry continued his campaign against the US. By casting blame on the US for the pandemic that has ravaged countries across the globe. Melham claimed he caught the virus at a convention in Atlantic City. But his doctor had diagnosed him with a bad case of the flu. He had no respiratory symptoms and never tested for the coronavirus. Yet, a recent blood test revealed he had coronavirus antibodies, which suggest but do not confirm, that he had the virus.

Chinese spokeswoman: More reports on previously undiscovered COVID-19 cases are emerging. New Jersey mayor was infected in November; 171 cases in Florida by January & NONE had been to China. What else hasn’t been revealed in the U.S.? pic.twitter.com/FdwSZ5cda4

Melham said many people from the conference have contacted him. Saying they too experienced extreme flu-like symptoms after the gathering. He described whatever virus he contracted made him feel like a heroin addict going through withdrawals. He said,” I didn’t know what was happening to me. I never felt that I could be so sick”.

He also added that “We all hear about how COVID-19 didn’t really exist here in the US until January. That is obviously not the case. I am living, breathing proof that we were all dealing with it months earlier”.
Now China is pushing his claims to defend their name. Especially as the Trump administration has accused China of failing to contain the virus. And of concealing the severity of the breakout that has now infected more than 3.7million and killed more than 264,000 worldwide. But, data from a genetic study in London released this week suggests that the virus emerged in China as early as October. 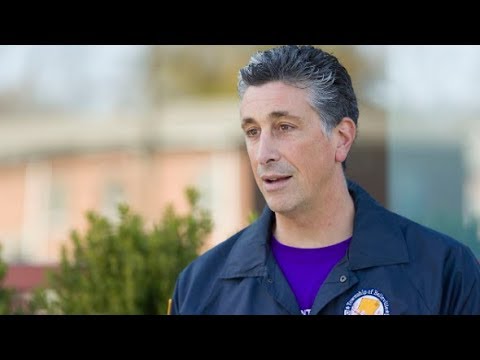