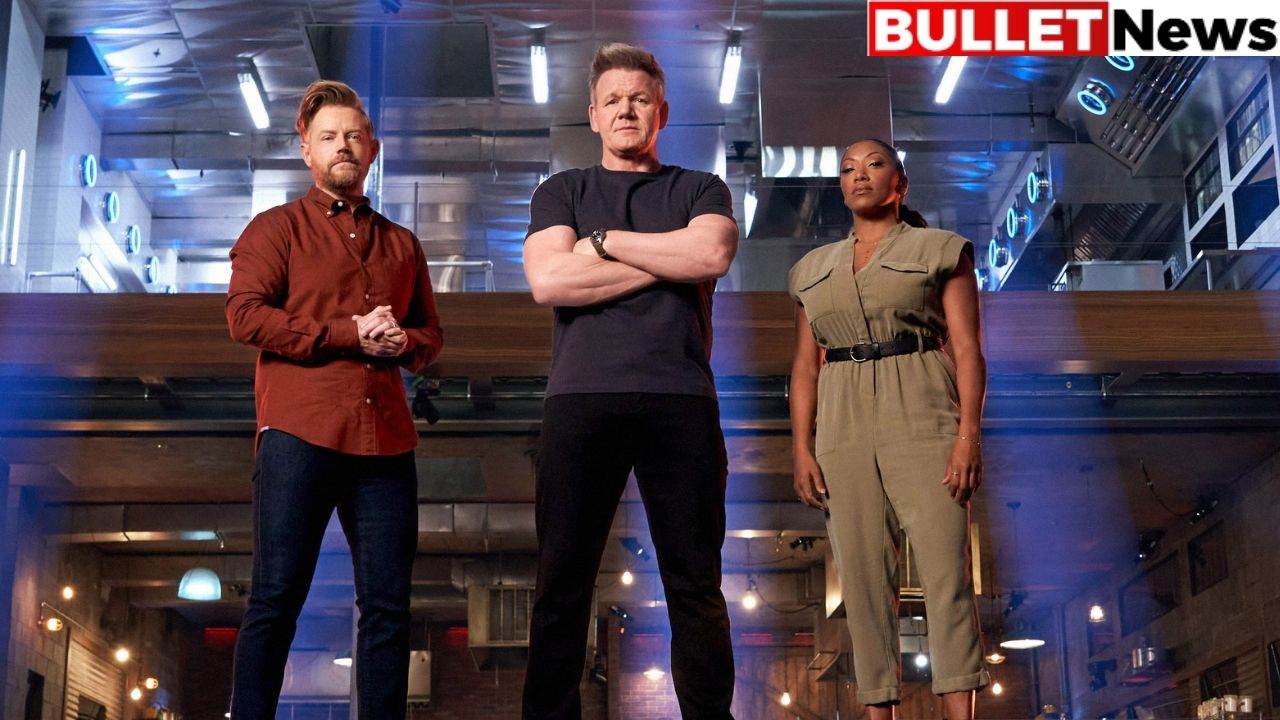 The idea behind Next Level Chef, hosted by Ramsey (who is also executive producer, of course). It is to challenge three teams of five chefs – some professional chefs, some in-house chefs.

Some who have already made up a name for themselves in the media. The social will prepare a meal in one of three kitchens in each episode. And they are supervised and judged by Ramsey and fellow superstar chefs Nisha Arrington and Richard Blaise.

The kitchen is in a three-story building which looks fantastic.

The downstairs kitchen looks like an old export, with dull knives, limited edition utensils. And a fridge that looks like it came out of a basement. A mentor monitors each group and reminds them that this is not the last team.

In the first episode, the 15 cooks were divided into three groups of five. And sent to a unique kitchen for a draw. Those in the upstairs kitchen select their ingredients from a large table that sits on the floor for 30 seconds. The other two kitchens choose what’s left, with the same 30-second limit.

The dishes are prepared by the chefs in the first episode helped the three judges/mentors. To decide who was on their respective team. After tasting all the dishes – the mentors only know the identity. Behind the dishes being prepared in the kitchen, they control.

And they go round and round and, in playground-style, choose a chef for their team. At one point, Ramsey tried to steal the chef from Blaise, but the design went smoothly. Elimination begins in episode 2; in addition to receiving $250,000, the winner will spend a year under the direction of Ramsey, Blaise and Arrington.

Since the show must include three kitchens and 15 cooks:

Next Level Chef’s first episode went pretty well. He doesn’t get caught up in scenes where people are hacking or having problems with their food or rushing to eat by mistake when time is running out.

We got to know some of the contestants a bit, and there were a few differences between contestants named “naughty” Arrington and others who forgot to eat protein, but the real drama during the cooking phase was minimal. Most chefs do very well, at least according to the mentors.

You may also read “Shaun the Sheep’s Christmas Adventure” Review: Another wonderful sightseeing tour in the Shawnee universe

The absolute joy of Next Level Chef comes not only from the three separate kitchens but also from the mentors themselves. First, the kitchen: We would love to see how the kitchen tasks are accomplished during the show. Will he continue to be lucky with a draw, or will he deserve it? Did the winning team from the previous episode get the best kitchen, etc.? Is a specific dirty kitchen team destined for multiple episodes in a row?

There will come a time when all three teams have tested all the kitchens and found a way to get in and work with the various ingredients they receive.

Then the kitchen itself would likely be a late thought – except for the scene we see in the upcoming attraction installation where Arrington disgustingly throws a candidate bowl at the upstairs kitchen railing. I wish there were more such moments like this.

It produces the mentor itself;

They are all well known to the food contest audience, and they all have strong personalities. Ramsey shouted, of course, but lovingly. Blaise is a man but also very creative. Arrington, as we can see, is stupid and useless. We saw how they reacted when someone chose who they wanted during the team.

This is where the episode comes alive for us. Mentors’ competitive energy will drive these teams and their personalities. Of course, other similar events (like The Voice) and coaches/mentors tend to overshadow the participants. This is bound to happen with the number of candidates in the first episode. But as the number of chefs decreases, hopefully, some top chef storylines will emerge.

You may also read ‘Creamerie’ Review: Where women’s society is turned upside down by the only man alive

After the less recent three-tier kitchen tricks, the next tier chef will likely rival Ramsey, Arrington, and Blaise. We expect some competitors to stand out as their numbers get smaller.