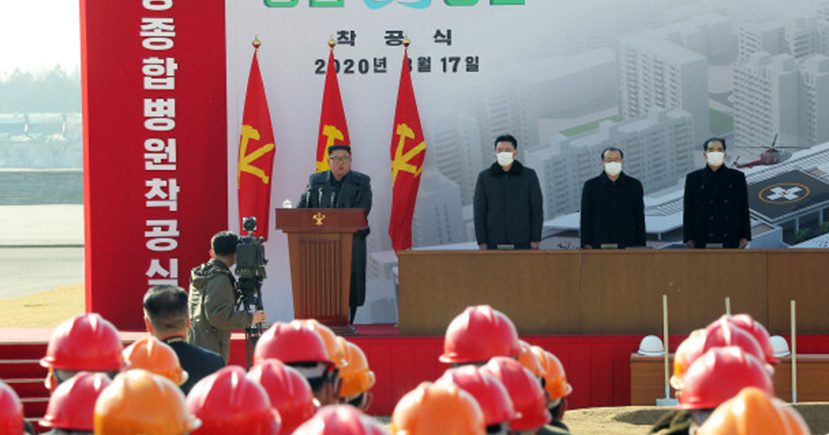 North Korea says it has ZERO coronavirus cases and claim they have defeated the outburst. But experts say it’s not possible. Many countries, including the United States, believe its a lie. They said it’s impossible for North Korea to not to have a single case of the virus.

While it’s neighboring and outbreak country China declared it had 82,007 cases and more than 3,000 deaths from the pandemic.

North Korean government officials refuse to the World Health Organization that they had any cases of the virus. Contradictory, South Korean media outlet Daily NK said that there are180 soldiers who have died. However, there is no proof.

North Korean ruler Kim Jung Un declares that 30-day isolation, a closed border and the stoppage of trade with China has kept the nation free from coronavirus. However, some experts say the statement is just a cover-up of the situation.

“It’s impossible for North Korea not to have a single case of coronavirus,” H. Pak said Kim Jung Un is moving attention away from North Korea’s economy, human rights violations and other criminal acts.

North Korean leaders state that they found no COVID-19 infections among the more than 5,400 isolated people and now discharged. A commander of the U.S. named General Robert Abrams points to the decrease in recent military activity in North Korea as one hint of the virus.

He also added that “It is a closed-off nation, so we can’t say emphatically that they have cases, but we’re fairly certain they do,”

He continued “What I do know is that their armed forces had been fundamentally in lockdown for about 30 days and only recently have they started routine training again. As one example, they didn’t fly an airplane for 24 days.'”

Also the leaders of Pyongyang, the largest Korean city says that the country prevents coronavirus by fighting for “national survival.”