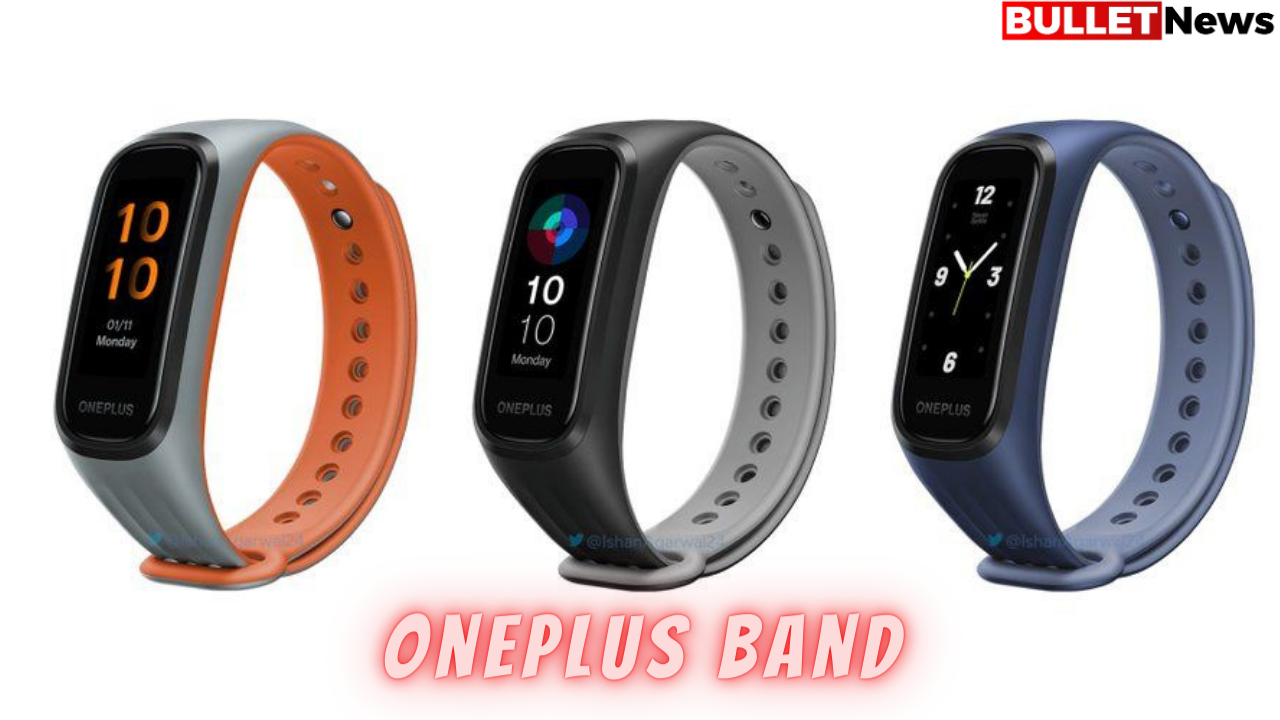 OnePlus Band will officially launch in India on January 11th. The OnePlus Band is known as marking a milestone in history. Finally, the OnePlus also launches its first-ever wearable. OnePlus Band, one of the significant specifications, includes a dedicated heart rate sensor, oximeter, and sleep tracking.

OnePlus is all set to directly compete with its competitors like Xiaomi Mi Band and Realme Band. The wearable price is slightly higher than its competitors, yet the market is flooding with its release excitement. OnePlus is also in plans to announce its smartwatch, expected to be called the OnePlus Watch. Watch is expected to be unveiled later in the year 2021. OnePlus is planning to announce and release the watch together with the OnePlus 9 series.

The OnePlus Band price in India is expecting to be around Rs 2,499. The price details and information was provided by the leaker Ishan Agarwal. Ishan also provided us with a critical analysis of OnePlus Band specifications. OnePlus Band has already reserved a dedicated page on Amazon India.

It is being expected that We can also expect it to be sold via the OnePlus official website, and OnePlus Experience stores can also be a part.

All we know about the watch:

For the first time, a fitness band will launch globally. The most exciting part is that India will be the first country to get the One Plus fitness band’s sales. OnePlus has still not confirmed the market reach but expects the band to reach markets in the days to come. The key featuring highlight of the band will be SpO2 support. The fitness band will also be able to measure and track your blood oxygen level.

This addition will prove a war-winning feature, especially during the coronavirus times. SpO2 quality has mostly been seen in the expensive watches so far. Thus, it’s great to see OnePlus is adding and taking care of its band’s essential element. Amazon India has already created a dedicated page for the OnePlus band, revealing that it will be water-resistant and come with heart monitoring.

The company has also revealed the two color options for the fitness band, including Orange-grey and Black-grey. The Amazon listing has clearly stated that the fitness band will include the OnePlus logo, which will be placed at the bottom of the screen. There will be several exercise modes, and the band will have long-lasting battery life.

The OnePlus Band comes with a 1.4 inch AMOLED screen decent screen size. Let’s not forget the fact that the band is a fitness tracker. It comes with various features such as 13 exercise modes, real-time heart rate tracking, IP68 water resistance, SpO2 blood saturation monitoring, and up to 14 days of battery life. Users will track a wide range of outdoor and indoor exercises such as Run, Cycling, Cricket, Pool Swim, Yoga, and more. OnePlus Band is working in tandem with OnePlus and all the other smartphones via the OnePlus Health app.

Like the other fitness apps, OnePlus Health will allow users to customize their fitness tracker with watch faces. This will let the users suffice the statement, make the band yours.

OnePlus is ready with another steal deal in the market.