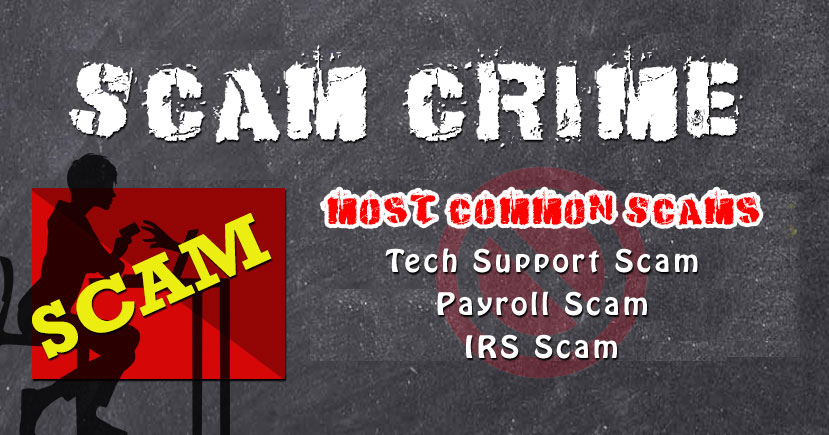 Online Scams such as “SNS Professional” are increasing day by day and almost every year, there are five new types of Scams. They target people who are in the most vulnerable position for falling for their lies. Be it tech support scams or IRS scams, all of them feed lies to people in order to get what they love the most… MONEY! Spreading awareness is the most important thing to do in order to tackle such scams as knowing what they do will help people in detecting them.

The Most Common Scams

These are the Scams that are very high in number and have victim counts more than any other type of scam.

Almost everyone is aware of tech support scam, however, there are still some people who don’t know how to detect them and their main target are those people. What they do is, they send a fake warning alert claiming to be from Microsoft and attach their number with a windows logo on it.

Moreover, the color of the message is either blue (replicating the BSOD) or red (representing danger), so, the victim immediately gets scared and calls on the number. After calling the number, the scammer takes the remote access of the victim’s computer and shows him/her non-existent warnings and alerts. The victim gets scared and purchases a fake subscription from the scammer for hundreds of dollars.

One such tech scam operation is conducted by “SNS Professionals”, a scam that tricked consumers into buying tech support services by claiming their computers were infected with viruses, malware, or other security breaches.

They mainly target small and growing organizations that rely on payroll softwares such as QuickBooks. Their process is, pretending to be a legitimate payroll service provider and offering services and support at very cheap rates. The scam happens at the next step when they have access to all the employee details of the company, most importantly, the email IDs.

After this, they spoof the email IDs of the employees and send fake emails to the owner of the organization requesting to change their bank account details in the payroll system. The employer will take action on this request most of the time as he/she cannot confirm the legitimacy of each and every email with the employees. This is how these scam operations steal people’s hard-earned salaries, leaving them unpaid.

It also came to our attention that “SNS Professional” also operates a Payroll Scam. They seem like big players in this game.

This is one of the oldest and most infamous tricks in the world of scams, however, people still fall for it. These scammers pretend to be agents/tax collectors from the IRS (Internal Revenue Service) and call taxpayers in the USA. They try to threaten people by telling them that there is a lot of due amount in their account. Further, they say that if the person will not pay, they’ll be arrested. So, the victim has no choice but to pay.

With the rise of these scams, it is very important to spread awareness among the people so that they don’t fall for any of them and lose their money or data.