Facebook
Twitter
Pinterest
WhatsApp
Telegram
Orlando Bloom’s beloved dog Mighty has passed away. Taking to Instagram today morning the Pirates Of The Caribbean star confirmed the pup had died seven days after going missing. In a lengthy caption, he revealed that after an exhaustive search. Which he intricately documented on social media. He had found Mighty’s collar and revealed that while grieving, he had his late dog’s name tattooed on his chest. Orlando Bloom gets a tattoo in tribute to late dog Mighty Loaded 0%Progress.

Earlier in the week, Orlando confessed he had left ‘broken wide open’ after learning his beloved dog Mighty had gone missing on July 15. He offered a $5,000 (£3,950) reward for the return of his dog and seen out and about all weekend looking for the pooch. On Wednesday, heartbroken Orlando. Who is expecting his first child with fiancée Katy Perry, confirmed they had found Mighty’s collar.
In a lengthy caption, Orlando wrote ‘Mighty’s on the other side now. After 7 days of searching from sunrise to sunset and into the wee hours. Today, the 7th day ~the number of completion~ we found his collar..’ I have wept more this week than I thought possible, which has been very cathartic and healing… I left no stone unturned, crawled thru all the manholes, under the roads, searched every back yard and creek bed… 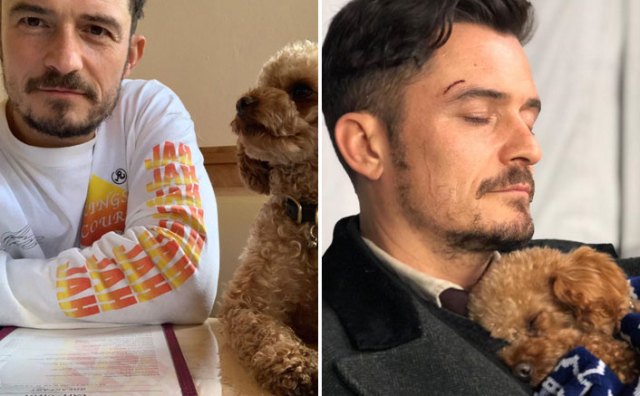 ‘Had two separate sniffer dogs do their best as well. I feel so grateful to have learned from my little Mighty man that love is eternal and the true meaning of devotion… I feel sure he was looking down on me whistling in every back yard. And knowing that I was doing all I possibly could to respect our bond. He was more than a companion. It was a soul connection for sure. I’m sorry. I love you…
‘Thank you. RIP my MIGHTY HEART my little fellow A ♠️’s. Thank you to the community for allowing me to search through their yards for him and supporting my midnight walks… It was reassuring to see the best of people even in the worst of times. To the angels of @dogdayssar, I’m forever in your debt. You ladies are heaven-sent. Lastly thank you to @scottcampbell for the ink. I love you, brother’.
He then shared a timelapse video showing him. Having Mighty’s name tattooed on his chest beneath an ace of spades within a heart.
© Copyright© Bullet News