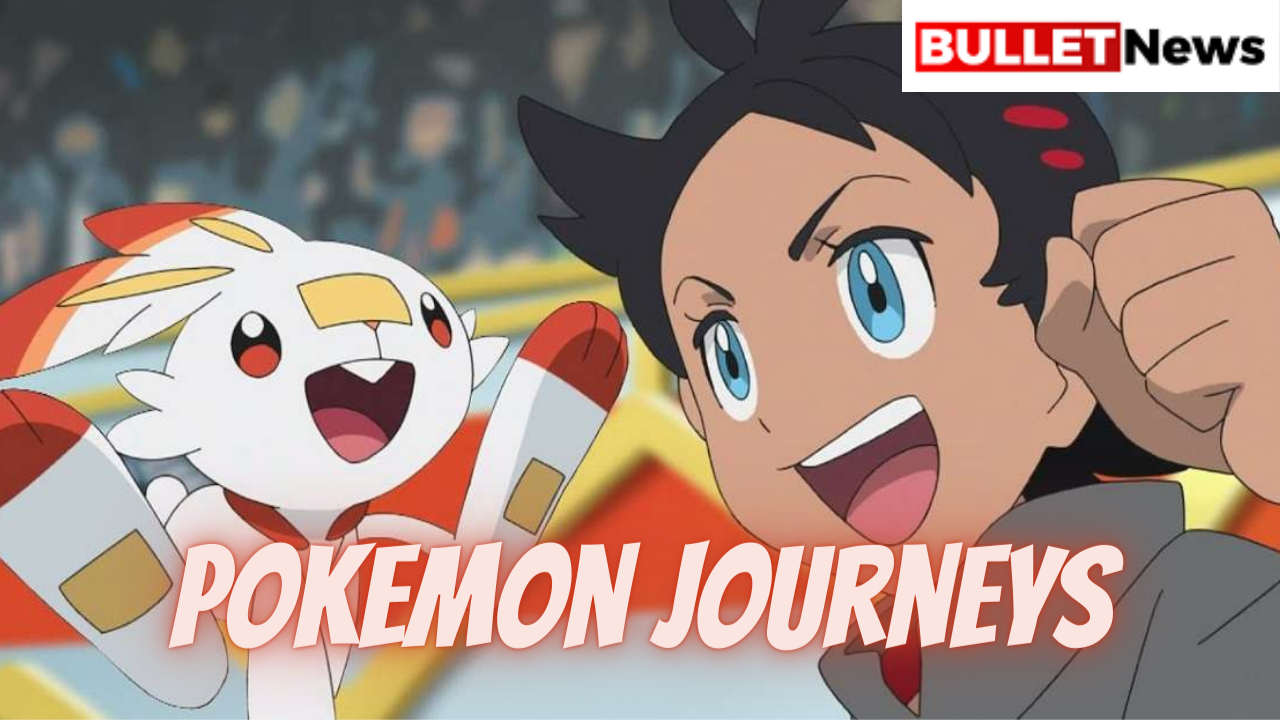 Goh’s main focus in his journey is to catch every Pokemon, but later, Ash’s matches left him to realize that he can train his Pokemon to make them stronger, too, while Goh is still an inexperienced trainer. He doesn’t have an experience like Ash. Ash has years of experience of fighting in hard battles and side by wins Pikachu. Even he trained him in his own ways.

Goh is still learning and lacking many things now. But in this episode, he is taking a step forward to make a bond with his Pokemon and change his inveterate attitude.

Goh’s Darmanitan will give challenge while Scorbunny and Pikachu are having training against each other. Darmanitan is a fire type of Pokemon who will stimulate Scorbunny to use fire-type attacks against him. Till now, Scorbunny has avoided using any fire-type of moves against it. It exhaled, but only a streak of cinder comes out. It keeps on trying to exhale, but Goh noticed Scorbunny’s efforts being unusable, even after Ash and Pikachu’s boosting.

Goh thought that his Pokemon is taking a burden on itself and wanted to achieve something which it can’t; that’s why instead of telling Scorbunny about the time to call off.

After all this, Goh got the point that Scorbunny can’t perform any fire-type attacks, but as long as it has performed other strong moves. It can become to be a stronger Pokemon.

But Scorbunny thoughts are not like that. It’s a cocky Pokemon, and it is not the one who accepts no towards anything. Now, Scorbunny decides not to skip a meal for training some more and since nearly getting Ember down. It is pursuing behind Goh to show off its improvements.

While the helpless Pokemon chases Goh the entire day but he doesn’t have an eye on it till Scorbunny noticed a Pelipper sitting behind them on a bench. Then Scorbunny tried its Ember on the Pelipper, but it fails. A small amount of fire comes out, which surprised Pelipper, and it flies away from there. That made Goh angry; Goh follows after the Pokemon to know that it will be the same who helped Team Rocket!

Goh not only finds the Pelipper of Team Rocket but also discovers their secret base under the phonebooth. At the same time, Team Rocket wanted to take this as an opportunity to steal some Pokemons. They bring Poliwhirl and Chewtle forward in battle with the help of Pelipper.

Goh orders Scorbunny to use a Double kick, but it ignores his order and tries the Ember attack again and fails again. Water Gun of Chewtle knocks Scorbunny out, but fortunately, Pikachu comes between to thunderbolt Team Rocket.

Goh and Ash walk backward; meanwhile, Goh asked Scorbunny why it tries to use Ember repeatedly, although it is fragile. Goh feels that Pokemon must stick to their strong points, while Scorbunny wants itself to realize as a fire-type pokemon. Scorbunny becomes sad and irritated that Goh could not understand its feeling; it kicked him back and ran away.

Ash tells Goh that he should follow Scorbunny as he and his Pokemon are not synced together. Their strategy of battle is off, and they don’t even share any emotional connection. As per Ash, battles take place from accurate information and trust built through connection with his Pokemon. However, Goh’s nature is to concentrate on winning the battle rather than the feelings of Pokemon and how they wish to proceed.

After that, Goh runs after Scorbunny and then notice it alone in a park. And still, it is doing training of its Ember move. Then also, Scorbunny defeats; it kicks a stone and, without observing, leaves a remark of fire into the rock. But, Goh will observe that remark, and he calls out to his Pokemon.

Scorbunny looked angry and again ran away, but it bumps directly into Jessie’s bum, which results in another Chewtle battle. The difference in this battle is that this time Goh allowed Scrobunny to use its own strategy. He screams on Scorbunny to use its Quick attack and boost up, then kicks a stone, which sets it to burn with Ember. This attack is booming and so robust that Scorbunny evolves into Raboot.

After this success at Ember, Goh is all set to celebrate, but Reboot ignores his mood and walks out from there. Occasionally when a Pokemon grows, they have changed a lot, which is not suitable for Goh. There are still many new hurdles are there in their way.