Facebook
Twitter
Pinterest
WhatsApp
Telegram
The Duke and Duchess of Cambridge have changed the display names on their Instagram and Twitter accounts. While the social media display names for the “@Kensingtonroyal” handle used to be Kensington Palace. Prince William and Kate Middleton have added a personal touch and changed them to the Duke and Duchess of Cambridge. And royal fans from across the globe have taken to social media to praise the decision with many adding it feels more personal and appropriate. 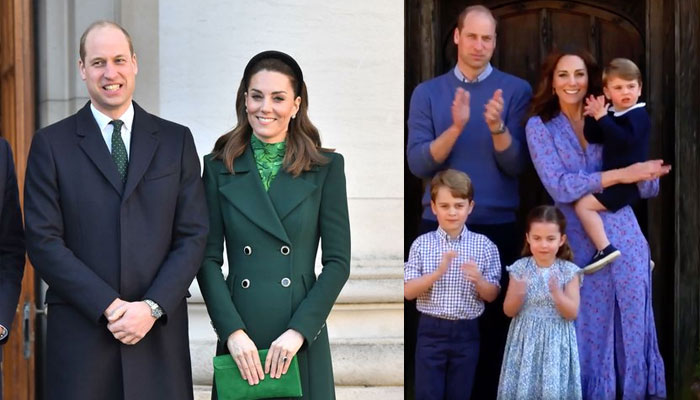 They launched their shared Instagram account a year later with the first post. Publish being an engagement carry out by Prince Harry. But Prince Harry and Meghan Markle’s wedding in May 2018. The then-newly weds launched their own “@sussexroyal” Instagram account. Which is now inactive but has the display name the Duke and Duchess of Sussex. Prince William and Kate’s update to their social media accounts. It comes just weeks after the pair changed their profile pictures on Twitter and Instagram. The adorable snap shows them alongside children Prince George. Princess Charlotte and Prince Louis taking part in the NHS clap for carers as part of the BBC Children In Need and Comic Relief Big Night In. Many eagle-eyed fans who spotted social media modification were quick to take to social media.
One of them wrote: ‘Yayy! I love how the entire RF is getting better and better at Twitter. But I hope the name for Kensington Palace never changed, I love it so much Star-struck.”

Another added, “Yes love this! I feel like they’re both taking more interest in SM lately too. The private snippets like George’s Mother’s Day card suggest they’re taking an active role in the content and I’m here for it”. The Duke and Duchess of Cambridge currently have an impressive 11.8 million followers on Instagram. Prince William and Kate’s update to their social media accounts and the pair changed their profile pictures on Twitter and Instagram.
You guys can have a look of Duke & Duchess Instagram Account “https://www.instagram.com/kensingtonroyal/?hl=en”https://www.instagram.com/kensingtonroyal/?hl=en
© Copyright© Bullet News