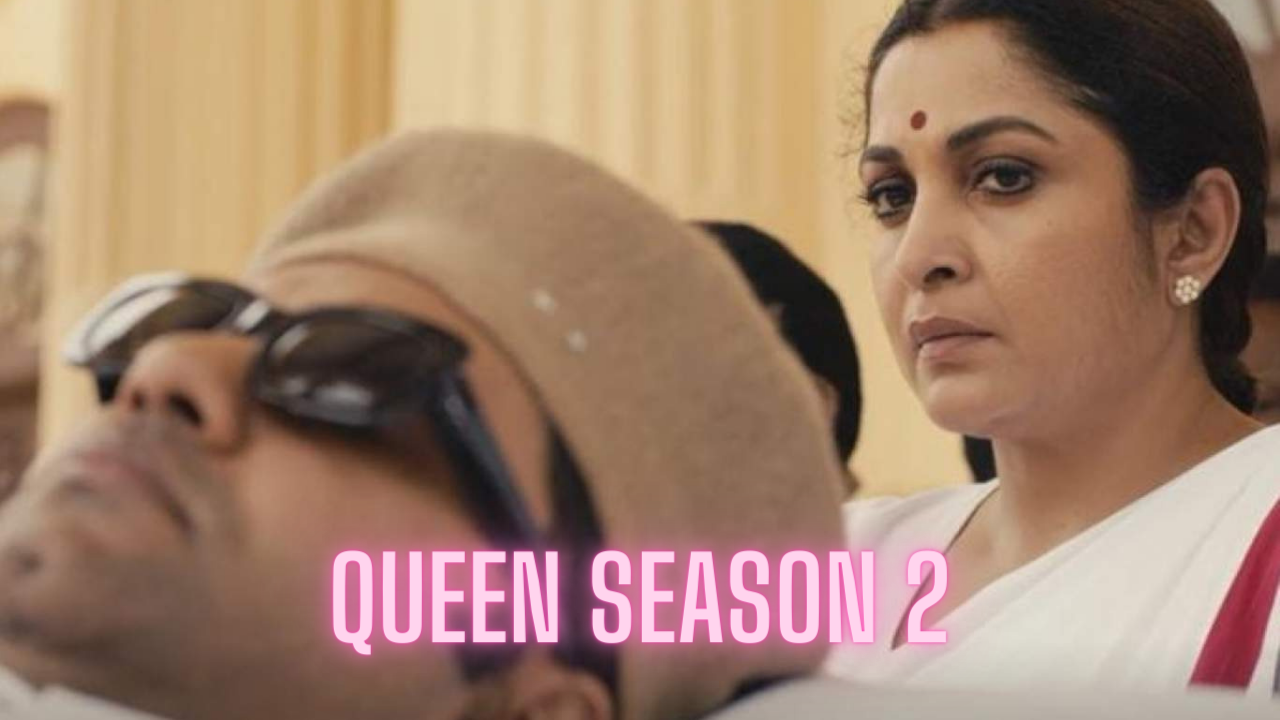 Queen is a historical drama series; the whole series revolves around the politician Shakthi Sheshadri’s life. You can watch the previous season on the MX player. Soon we are expecting to have another dose of the story. Queen is written by Reshma Ghantala and produced by Ace2three and FanFight.

Ramya Krishnan was seen as Shakthi Seshadri, and she is very excited for another upcoming season.

Initially, we got the first look at the series in September 2019. Season 1 contains a total of 11 episodes and released in December 2019. The show’s reviews are good, and who have seen the series wondering when they will get another season.

In a recent interview, Ramya Krishnan gave us a tidbit regarding the upcoming season. She said, “I am just waiting to get there and be a part of it. People can expect more action, more interesting content, thrilling and exciting content”.

We have no clue regarding the shooting schedule and when it will begin. Ramya confirmed that the script is ready, and shooting will start soon. so we might expect the upcoming  season in next year.

The director of the series Queen Gautham Vasudev Menon and Pasath Murugesan. They saw Ramya Krishnan as Sakthi Seshadri, Sakthi Seshadri, a character inspired by Tamil Nady Chief minister, a veteran actor JAYALALITHAA. The series is inspired by her life and portrays the Jayalalithaa’s life into 3 part-

Her school life, her teenage phase, and her journey of politics. How she took over MG Ramchandran’s place after his demise.

In the previous season, we have seen Ramya Krishnan as Shakthi Seshadri.

was played by Anika Surendran

Lilette Dubey as an interviewer.

Hans Kaushik as a Maya Rangaswamy

We are expecting the same faces in the upcoming season as well. As they have already done a tremendous job so they will be seen again playing the characters.