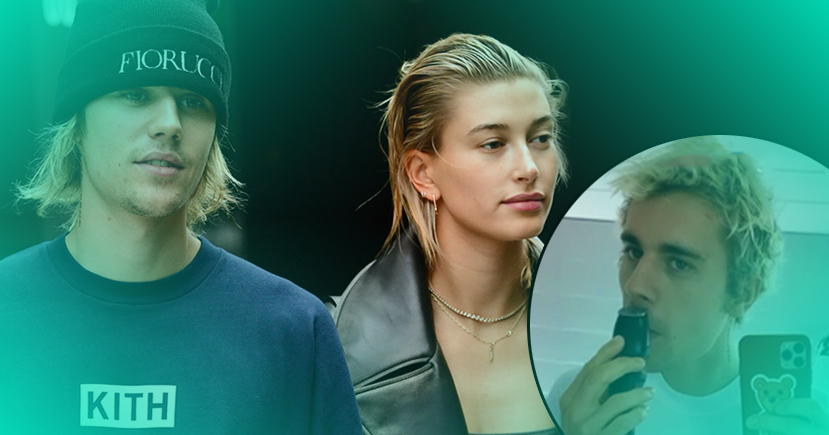 The pop star Justin Bieber showing off his mustache to his fans on social media for the past few days.

On Sunday, Justin Bieber uses social media to share a video of himself shaving off his mustache. And his wifey Hailey Bieber was among those celebrating its removal.

Wearing a white color t-shirt, he stands in front of a bathroom mirror. He holds his hair clipper on the one hand and phone on the other hand. And the music playing in the background in his Instagram stories.

In the first hour of being posted, the photo gets more than 900,000 likes from his more than 127 million followers.

“I shaved. MUSTASHIO went on holiday, but he will be back in due time,” the Bieber captioned the post.

“Yeeee,” wife Hailey Bieber wrote in the comments section, along with a heart-eyes emoji.

“All believers prayed for that,” a fan comment under Hailey’s comment, while another said they were “so happy for you!”

“I agree with Hailey,” another fan said, while some oppose Justin Bieber’s decision, “R.I.P. Mustachio!!

Ever since Bieber made his comeback, he’s been facing some heat from fans who criticized his shabby upper lip facial hair and have asked him to shave it off.

“For now, Justin is amused,” the source revealed. “There are so many things to worry about in the world, and this is what people focus on. The more people want him to shave it off, the more he wants to keep it. It’s staying for now. It’s making him feel like a rebel, and he likes it!”

Bieber replied to fans who have criticized him, with the help of the man behind Instagram meme account @dudewithsign, whose viral posts consist of simple protests written on a cardboard sign.

It’s not the first time wifey Haley Bieber of 17  shows her dislike of his mustache. Back in 2018, Justin Bieber’s manager Ryan Good suggested that “grow the mustache back for the wedding.” She replied, “don’t u dare give him that idea you lunatic.”