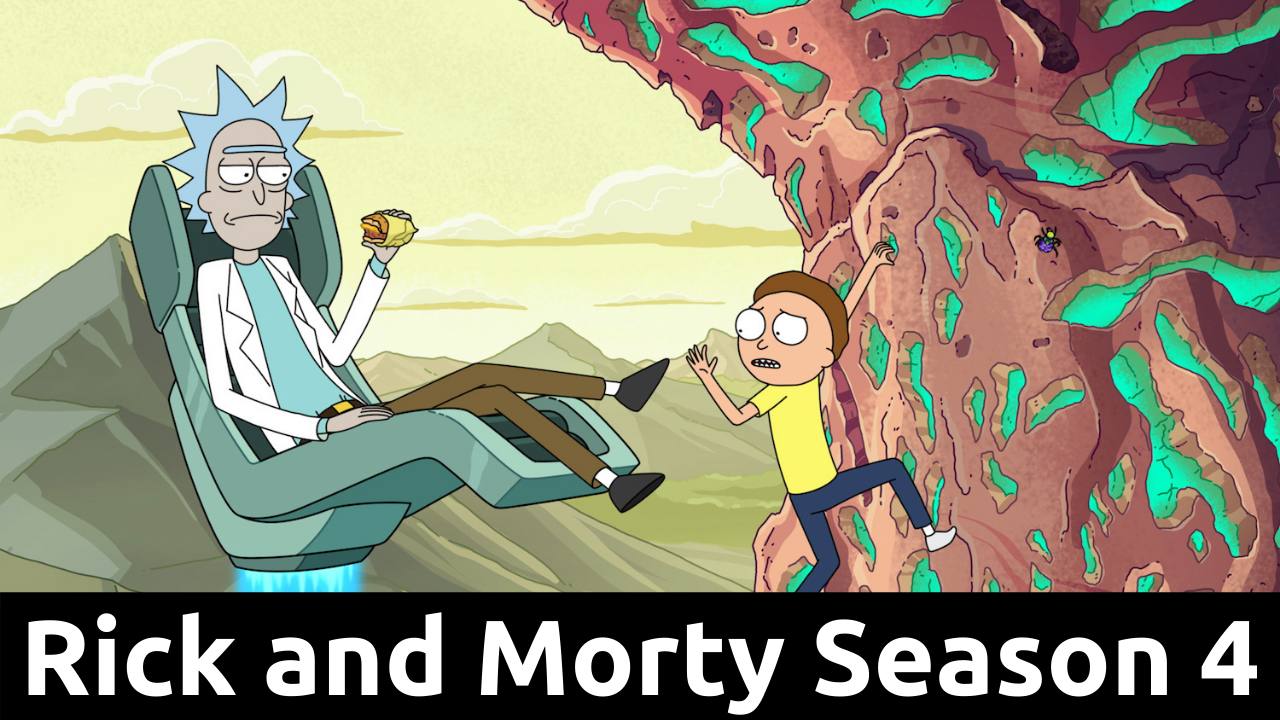 The concept of irreverent comedy is redefined by Rick & Morty. This animated series is full of dark, witty, and bizarre dialogues. Which makes this show a masterpiece of adult comedy, likes of which were never seen before.

Justin Roiland and Dan Harmon are the creators of this fantastic Sci-fi universe where anything and everything is possible. How it is formulated means the writers can take it anywhere they like, without betraying its extreme sense of identity. ‘Rick & Morty‘ is so deliberately random, so broad, and yet so myopic in its vision. That is to say, whatever might happen, it doesn’t disintegrate the show’s dynamic, and that is the beauty of the Rick & Morty universe.

Rick returns to his daughter after missing for at least 20 years. His daughter Beth accepts him as she wants her dad’s love and approval. While her good for nothing husband, Jerry, isn’t happy with this reunion. Rick uses their garage as his laboratory and works on his unexplainable experiments, which are too good to be true. But Rick is a sociopathic scientist who possesses an extreme amount of knowledge.

Whereas Morty is his grandson, who is somewhat a spineless teenage boy, and he is good for nothing like his father. However, when Rick goes out for his adventures across the universe, he brings Morty along with him as his companion.

The duo of grandfather and grandson is not to mess with, and sometimes Morty’s sister Summer also tags along on their adventures, and this whole family is a piece of work. Furthermore, this is a show that you don’t want to miss.

You may also read Criminal Season 2 Netflix’s Release Right Around The Corner: And Its Comrades

This season is a surrealistic show, without the mastermind control that rick always had on the events. Moreover, in this season, there is an introduction to Magic as a reality of the world. And with a heavy heart, Rick has to accept it. Moreover, Rick acknowledges that he likes it. Above all, there are no scientific rules in the realm of Magic. Whatever you wish is possible.

So, this episode’s world is cryptic, also having a cat that talks without his mouth ever moving, making us feel uncomfortable, whether it is talking or it’s just a hallucination.

Maybe, we can say this whole season has a more magical than the metaphysical perspective of the world, in contrast to the previous seasons representing material sciences as the only logical explanation.

Release Date In The United States:

In May 2018, Adult Swim confirmed the renewal of the fourth season of Rick & Morty. Furthermore, it came to the knowledge that this season will have a total of ten episodes. The first five episodes will air from 10 November 2019 to 15 December 2019, while the remaining five aired from 3 May 2020 to 31 May 2020.

However, the release date for Rick & Morty season 4 in Blu-ray and DVD is 22 September 2020 in the United States. Moreover, season 4 of Rick & Morty on Channel 4 is yet to be announced.

Two days are left, and then you can get your hands on Season 4 of Rick & Morty. I am too excited; what about you? Do share your opinion with us through our comment section.