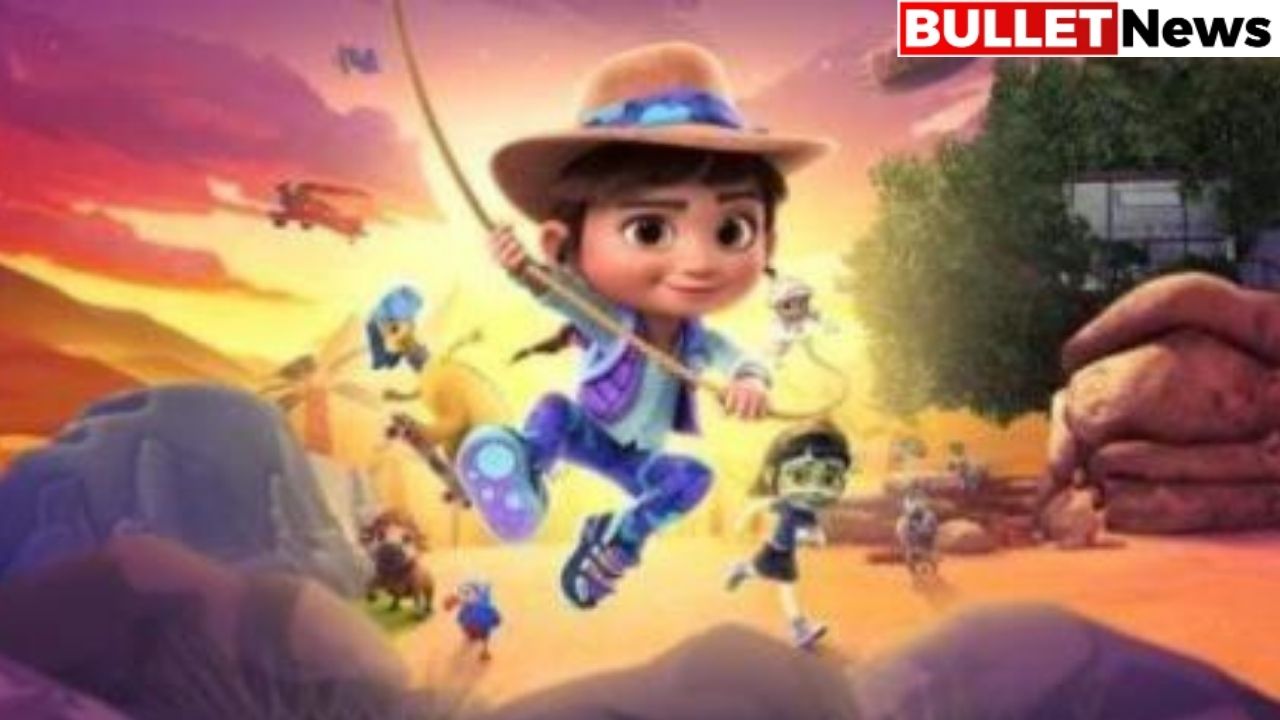 The preschool animated series returns as Ridley Jones, Season 2. Created and produced by Chris Nee, the first season of Ridley Jones premiered on Netflix in early July 2021. And the second season follows the course on November 2, 2021.

The voice cast for the animated show includes Jara Nemirowski. As our friends Ridley, Ezra Menas as the blue-eyed bison Fred, Tyler Shami as the skateboarding dinosaur Dante.

Ashlyn Madden as the modern mummy son Ismat and David Erigo Jr. as a skilled Do. The show is directed by John Musumechi and Rob Byrne and has a total of five episodes. Each episode is 27 minutes long.

With the show, which is primarily aimed at children. The concept of adults may seem a bit complicated, but it isn’t. The first episode itself brings to life the unique and thought-provoking theme of the series. This is not a daily show that you will see and dare to see. Instead, you’ll dive into complex concepts through the simplest ways to tell stories.

You may also read “Inside Job” Review: Funny cartoon series about companies that are actually ‘deep state’

Ridley, our character, may be reminiscent of Ben Stiller’s Larry Daly from the Night in the Museum Franchise. Ridley embarks on an adventurous journey every Night when everything comes to life in the museum. Ridley and his friends at the museum continue the family tradition of keeping the treasures. And secrets of the National History Museum.

As the series progresses, we see Ridley meet his grandmother’s furry friend. To enjoy the northern lights, and team up with his mother to repair Aztec artefacts. And wait for his compass eye. As Ridley does all of this, his friends at the museum continue their pranks.

Including Dudley and Dante’s struggle over the newly found egg and Mr Peabody. Who caused a storm to hit the exhibit. In each episode, our heroes, not oppressed by gender norms and patriarchal standards. To learn something new, be it the value of friendship or gratitude for a helping hand.

While trying to create a world where women can lead, she inspires young children to become Ridley. This series’s impression on young children is commendable.

And should be taken as a starting point for other show makers to put on similar shows. Before Ridley Jones, I could imagine nothing except for men like Larry Daly, who kept secrets in museums. But after seeing Ridley Jones. You can’t help but think that this is what Larry Daly’s daughter looked like and was meant to be.

You may also read “Reflection of You” Review: A Korean drama where an artist reveals himself when the past comes back to haunt him

There is only one way to deal with this show, and that is to watch it! For children, yes, it’s quite an educational job. But adults who watch such shows should also be encouraged not only. Just because they lighten and calm the atmosphere. But also because it reminds them of the values ​​of their golden childhood.

Menas, who appeared in the upcoming West Side Story, didn’t grow up with a character like Fred on TV. “Having this presentation on screen will make me feel seen.

I will feel understood, I will have the feeling that there is a future for me,” Menas said. “I hope when kids see Fred, it will help a little kid, not binary or not. To feel less lonely, less alien, whatever it is – their s*xuality, their gender identity, everything.

We all can somehow relate to the fact that we feel different as kids, so I think that’s really important. Just to normalize the things my generation taught me is bad or wrong.”

You see a gay, transgender, or non-binary character on their favourite TV show:

This is important not only for the children seen on the screen but also for their peers. At some point, Ridley said to Fred, “That’s why we love you, Fred. Because you’re different and you’re not afraid to show it off.”

Fred wanted to be known as tall and challenging, but they also arranged a romantic dinner for the meerkat couple on the show.

You may also read “More Than Blue: The Series” Review: Tears of love, sadness and cruel blows of fate

The dance episode is just one of Fred’s more profound stories told in the show’s second season. “We start to really do justice to the underrepresented groups when they become fully human,” says Nee. “I’m as complex as n, just like Fred.”