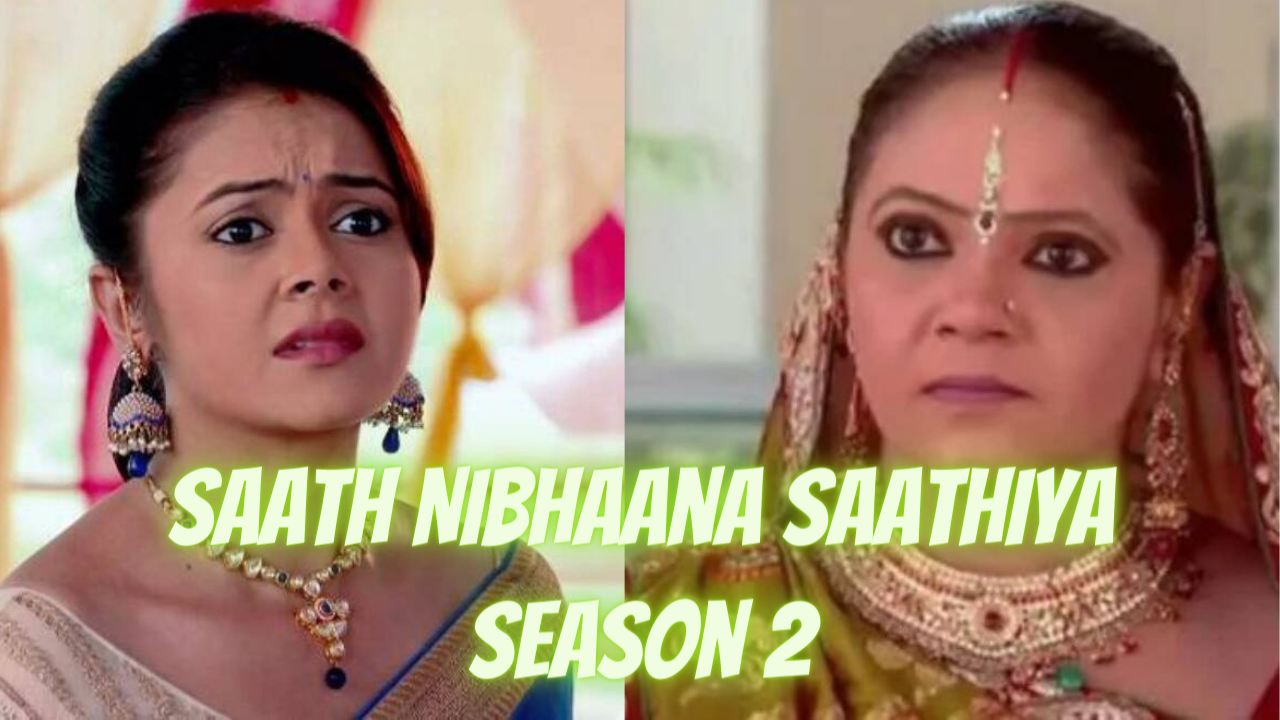 Saath Nibhaana Sathiya is a Hindi drama serial on star plus. The story is all about the family drama; you all have seen this serial on star plus. In this serial, you have been seen moral values of typical Gujarati joint family, the cousin Gopi and Rashi get married to the Modi’s sons; Gopi gets married with Ahem, and Rashi gets married with Jiger. This serial started on May 3, 2010, and was completed on July 23, 2017, complete with 2184 episodes Of Saath Nibhaana Saathiya.

Saath Nibhaana Saathiya season 2 is one of the most popular TV show on star plus. This show is launching after ten years. Its fame is still not faded yet, and fans are very excited to watch it again. According to the sources, the TV show Saath Nibhaana Sathiya sequel is coming soon. The fans were very excited to watch Gopi bahu and Kokila Ben on screen. Also, the serial casting is in progress, and it will be going on the ground by the Mid of September. During the coronavirus lockdown in India, the makers decided to make a sequel of Saath Nibhaana Sathiya season 2.

Saath Nibhaana Saathiya season 2 will launch in October 2020, but the date was not confirmed yet. But after the official announcement, the date and details will be updated on the page, and the serial will be shown on the original network star plus.

According to the sources, Devoleena Bhattacharya ties to the play essential roles in the show. Simultaneously, Rupali Patel will be playing her iconic role as Kokilaben in Saath Nibhaana Saathiya season 2. This show is directed by Bhagwan Yadav and Pawan Kumar and produced by Rashmi Sharma and Pawan Kumar.

Also, you all are well aware of the work of music producer Yashraj Mukhate of Saath Nibhaame Sathya, the”dialogue of “Rasode Mein Kaun Tha “? He made a remix on this line while adding beats and tune; it was viral in all the social media sites.
Memers made the simple dialog famous while using it on memes, and remixing gave it an entirely different level of attraction.

The trailer of Saath Nibhaana Saathiya season 2 released on August 31, 2020, featuring Gopi Bahu. May you all have been seen that on star plus or youtube.

For more information, keep checking bullet news and stay tuned with us.