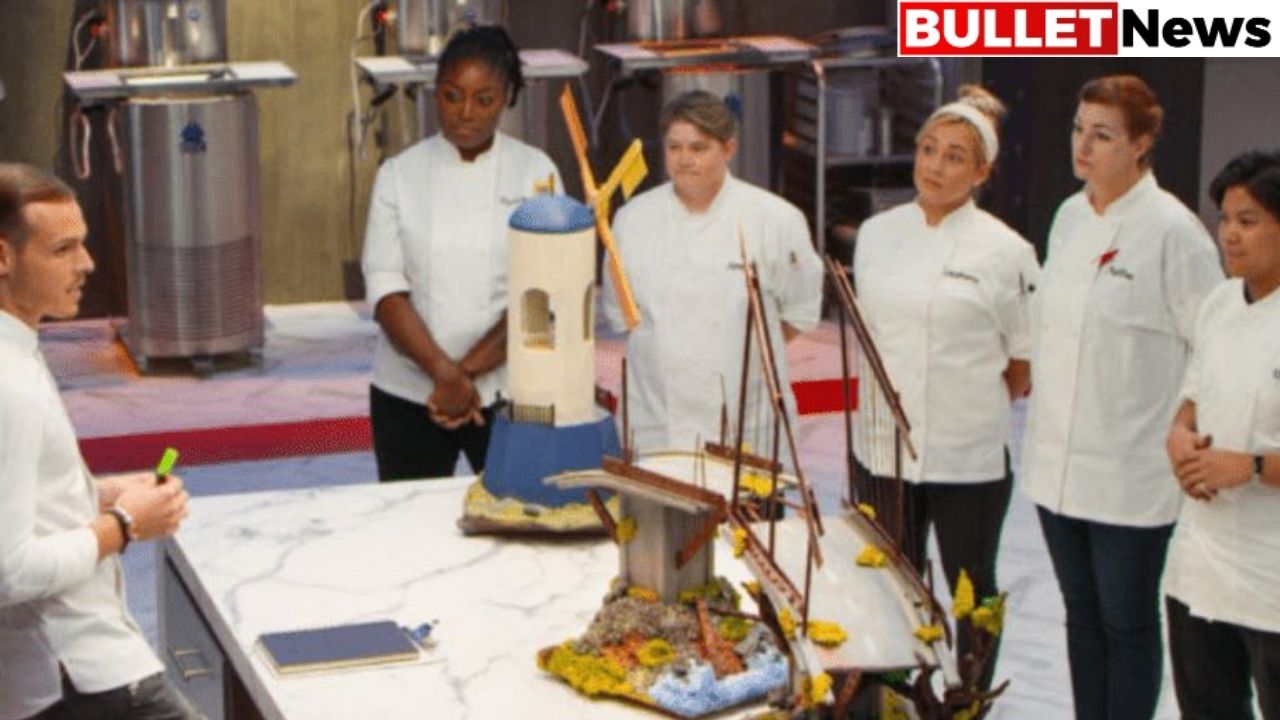 Have you ever seen a reality show with winners but no losers? In other words, nothing is omitted. Sounds a little boring, right? What if this competition was about an edible chocolate figurine? Does that make it more enjoyable? Netflix will find out with School Of Chocolate.

We watched a man make roses out of red chocolate. And then the participants explained how special it was to work with chocolate.

At the Chocolate School, guided by Amaury Guichon, an expert chocolate maker;

He passed on his knowledge of working with chocolate to create edible works of art to eight confectioners and chocolatiers.

During the eight-part season, school groups accept a little candy challenge. In which each student has four and a half hours to come up with something on their own.

The winner of this challenge selects the next day’s team for a 14-hour challenge. Which consists of a sizeable chocolate-only project. The last two pastry chefs did not participate in the team challenge but received individual correction lessons from Guichon.

You may also read “Always Jane” Review: A documentary about a trans teenager who wants to see the world outside his small New Jersey town

Guichon asks the candidates to make a chocolate cake in the first episode, which is an illusion. An example is a giant pencil that writes on paper. In a team challenge, Guichon showed participants. On how to make a stable cylinder by bending a bar of chocolate at the right time; he wanted to create an architectural design incorporating this cylindrical method.

After eight challenges, Guichon will choose “Best in Class,” according to the chef is the overall rating. The winner can teach a class at Guichon Confectionery Academy in Las Vegas. And receive $50,000 to start or grow their own business.

The School of Chocolate format is essentially the tried and tested cooking contest format we’ve seen over the years. The format used by craft series like Blown Away and Making It. But there’s a wrinkle here: no one gets knocked out. Guichon is conducting a master class on chocolate sculpting. And it seems the goal is for the eight chefs to gain knowledge and skills to advance their careers.

But the fact that no one was eliminated tarnishes some of the competitive aspects of shows like this one.

Yes, there is a massive award for “Best in Class”, so the event has a particular competitive aspect. But it all comes from the experience of something invaluable. Training to make chocolate masterpieces from a genius in their field.

One of the two people that were at the bottom of the cake challenge. In the first episode, Amanda and Tirisha, were, of course. Overwhelmed that they couldn’t take part in the team challenge. But the next day Tirisha sees at least the plus side: you get a private lesson from the master. Amanda didn’t see it that way, but at least they were still there. Working without fear of elimination seems to take away all the mood of the show, making it less attractive.

You may also read “Love Never Lies” Review: A Spanish reality show where a couple is tested for their relationship with a polygraph

Some personal quirks are shown, such as Daniel telling everyone how young he is and leading his team badly. But the show was mostly about chocolate moulds, which turned out to be not very interesting to see in person.

While some of the chocolate artwork by Guichon and the Chocolate School attendees is noteworthy. The show itself is not well structured. It isn’t designed to maintain a sense of building rivalry throughout the season.