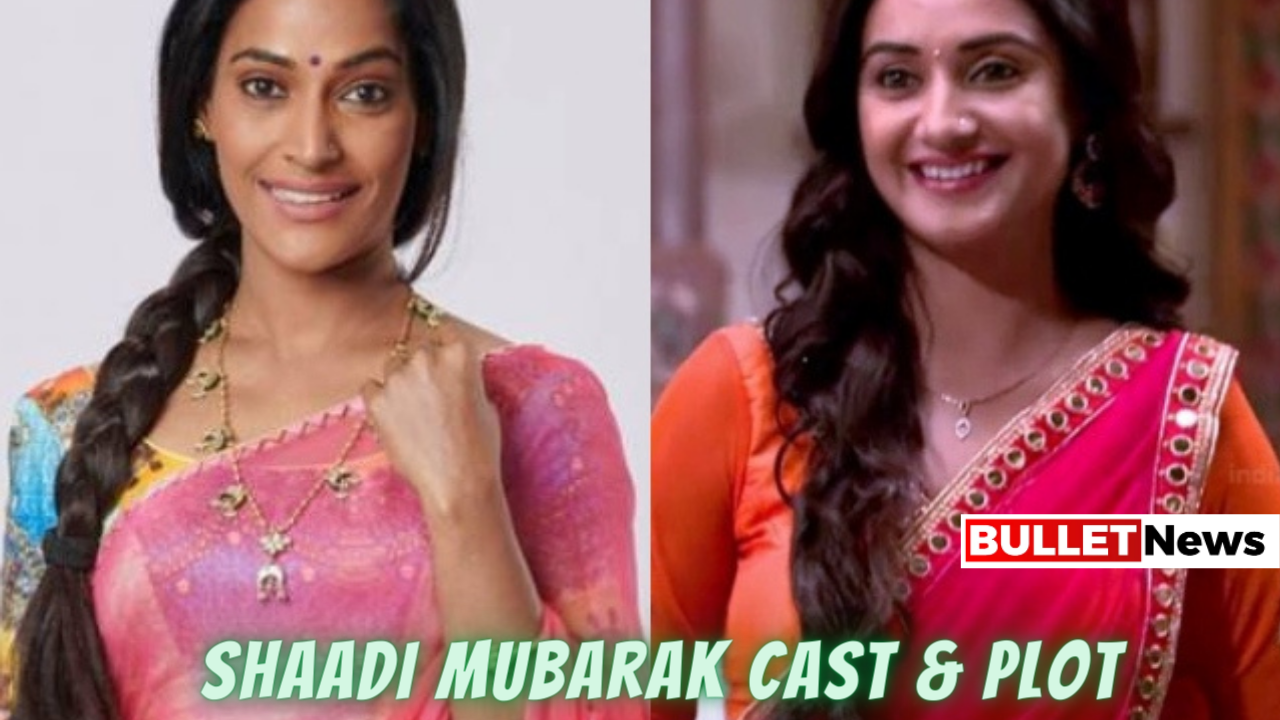 Shaadi Mubarak is a drama serial of Indian television aired on 24 august 2020 on Starplus and streaming on Disney+Hotstar 3 months ago.

Shaadi Mubarak is produced under Shahi Summet productions. The show is directed by Pradeep Yadav, created by Shashi Mittal, and the story by Seema Mittal. The creative director of the show is Yashvardhan Shukla.

The main cast of Shaadi Mubarak:

A mother where she ends the responsibilities of their children and starts dreaming of good peaceful life, where Preeti has to start her new beginning when her children disrespect her and fail to show love to her, she went out and tried to find her name fame and respect.

This effort describes the story of Shaadi Mubarak. Preeti meets Keertan, and they together run the marriage bureau named Shaadi Mubarak and become a business partner.

Preeti is a very loving and caring character of the serial, where Keertan seems to be very bold and smart. Preeti finds society talks in very steps, whereas Keertan is a cool and cheering person who doesn’t care what the world will think. He loves to enjoy the company of Preeti, and his thinking is to do what our inner soul loves.

Preeti and Keertan meet at Tarun’s wedding, and both cross their way, and destiny leads them to start their own business. Both are opposite in nature.

Juhi’s mother in law Kusumbecam, friends with Preeti, were, on the other hand, Tarun and his wife Rati plan to ruin Preeti’s life. Chanda Rathore plans to ruin Keertan’s life as Keertan rejected her, but she fails to do so.

Preeti and Keertan started to know each other. Priyanka, daughter of Kusum, hates Juhi as she knew that she loved Tarun. Tarun raises a challenge to Preeti, but Preeti refuses it. Later on, she had accepted it when Tarun said he would never talk again if she didn’t accept the challenge.

Preeti and Keertan find difficulties in meeting the desired needs of their clients. In-between, Preeti noticed that Keertan hate lies and betrayal. On the other hand, Priyanka and Amit’s marriage got fixed where Tarun proposed to Priyanka, but she refuses it because she knew he is married and she is also getting married. Elsewhere, Juhi learns about Priyanka and Tarun and exposes his true colors to her.

Again Preeti and Keertan loose their client and Preeti got to learn about Tarun, and she slaps him. Kusum is speechless after all these. Keertan also got to know about Preeti’s challenge and doesn’t want to lose it.

Preeti wins the challenge where bua and fufaji tell Preeti to organize their 50th marriage anniversary, and she agrees. With the growing strong bond of Preeti and Keertan, Kusum thinks they are made for each other.

Preeti parts her way from Keertan as she finds him lying about his wife. Rati ruins their relationship. She their partnership and started to work with her client.

Keertan’s wife came in and tried to ruins their bond. According to Nandini’s plan, the new client wants Keertan and Arjun’s mother to get married. Keertan was unaware of this client. Later Preeti realizes her mistake after having a conversation with Kusum but doesn’t know how to apologize to Keertan.

Keertan grows suspicious of Nandini as she triggers Keertan’s mind during the preparations of Keertan and Nandini’s wedding. Aryan tries to form a bond with Keertan, later Keertan reveals to Preeti his bitter past. Preeti was surprised after knowing it. Seeing Preeti and Keertan together, Nandini feels jealous. Later Kusum joins hand with Preeti to expose Nandini after she got to know about Nandini’s and Keertan’s past.

Keep watching Shaadi Mubarak and pour your love only on Starplus and Disney+Hotstar.