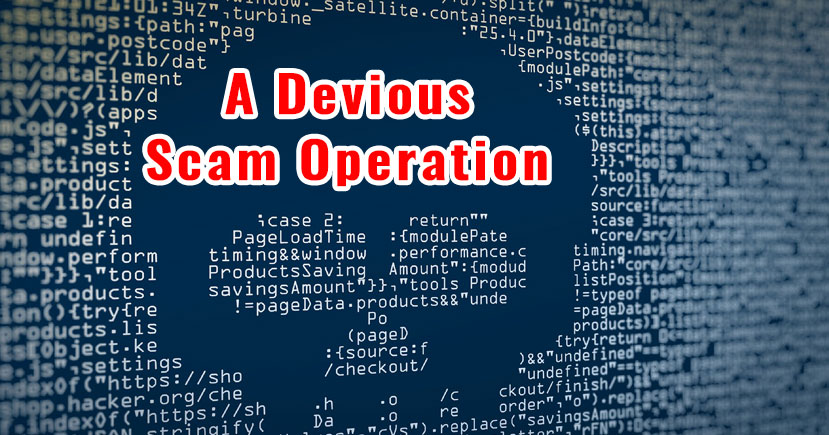 Scamming is a dark part of our world and Scammers keep finding different ways to rip people off. From IRS Scams to Techsupport Scams, these devious practices keep increasing day by day. Now, here is a report of yet another Scam operation that doesn’t use just one way to Scam people. An organization by the name of “SNS Professional” , tricked consumers into buying tech support services by claiming their computers were infected with viruses, malware, or other security breaches.

There are many reports about them over the internet stating that they run a Techsupport Scam alongside a Payroll and Quickbooks Scam. A post by one of the victims who scammed by SNS Professional on Scampulse states that “I was referred to ZNS Associates Ltd by Brother Corporation after having printer issues. “John” was difficult to understand, and he used his accent to his advantage to coerce purchasing further, unnecessary services. I permitted his controlling my computer after paying for his 2 year service. As he did his work, he insisted I purchase a nonspecific Microsoft Office program for 10 computers for 10 years that I had no need for. Straining to understand his monologue and having extreme desire to comply to get my computer back in good working order, he quickly pushed me through paying an additional $500 through PayPal. PayPal has the advantage for this deceit because the paying is immediate and final. I was vulnerable to this deceit because of being naive, primarily concentrating on intense efforts to compensate my being half deaf by trusting and complying to “John”, much to my demise.”

One of the victims mentioned that when you search the company’s address (91 Laguna Circle, Calgary, Alberta, Canada T1Y6W3) on Google, a house location comes up. An article on Minds about Payroll and Quickbooks Scams states “One of the biggest QuickBooks and Payroll Scams operates under the name “SNS Professional aka ZNS Associates Support”. They offer to provide QuickBooks, Payroll, Accounting, and Bookkeeping services, however, they Scam companies by using the methods mentioned above. SNS Professional runs its Scam operation in the USA, Canada, and the UK. For the USA and Canada, they use 18004805152 & 18336005829 as their numbers, and for the UK, they use 448006527832 as their number”.

So, it seems like the company doesn’t only run a Techsupport Scam, but they also use QuickBooks and Payroll services as a way to Scam other organizations. Another thing to note here is that they operate under two different names, “SNS Professional” and “ZNS Associates Support”. But that’s not it… searching them on Better Business Bureau, which is one of the best websites to check a company’s legitimacy, reveals a piece of information that acts as proof that they are running a scam. On their BBB page, BBB states “Alert: The address for this business is not recognized by the US Post Office. Mail was returned by the post office marked “NO SUCH NUMBER”. Both websites previously used by the business are registered to an address in Haryana, India and no longer work. BBB has been unable to locate an FBN registration for this business as ZNS Associates Support or SNS Professional Support with San Joaquin County, nor is either business name registered with the California Secretary of State. BBB wrote to the company requesting information on where and how the business is registered. To date, we have not received a response”. The address on their BBB page is 2256 E Alpine Ave, Stockton, CA 95205… another house address.

However, this is not all the information discovered about “SNS Professional aka ZNS Associates Support”. A Scambaiter by the name of “IT Advocate” shared a video on his official YouTube channel exposing the Scam operation by calling them. The description of the video states “In this one I call up another pop-up Scammer named “SNS Professional Services” which is pulling off the usual Tech Support Scam. In this call I spoke to a number of Scammers all with the same rhetoric as usual. One of the Scammer’s went in and outright lied about the Event Viewer claiming the “Errors and Warnings” contained there were linked to Windows Defender not being activated which is complete nonsense. The Scammer also makes brief reference to this also being due to Stopped Services in my system which is also complete lies”.

Beware of such scams and report them to the authorities as soon as you come across one. What do you think about this company’s devious practices? Do you have such experiences with a Scam operation? Let us know in the comments below.