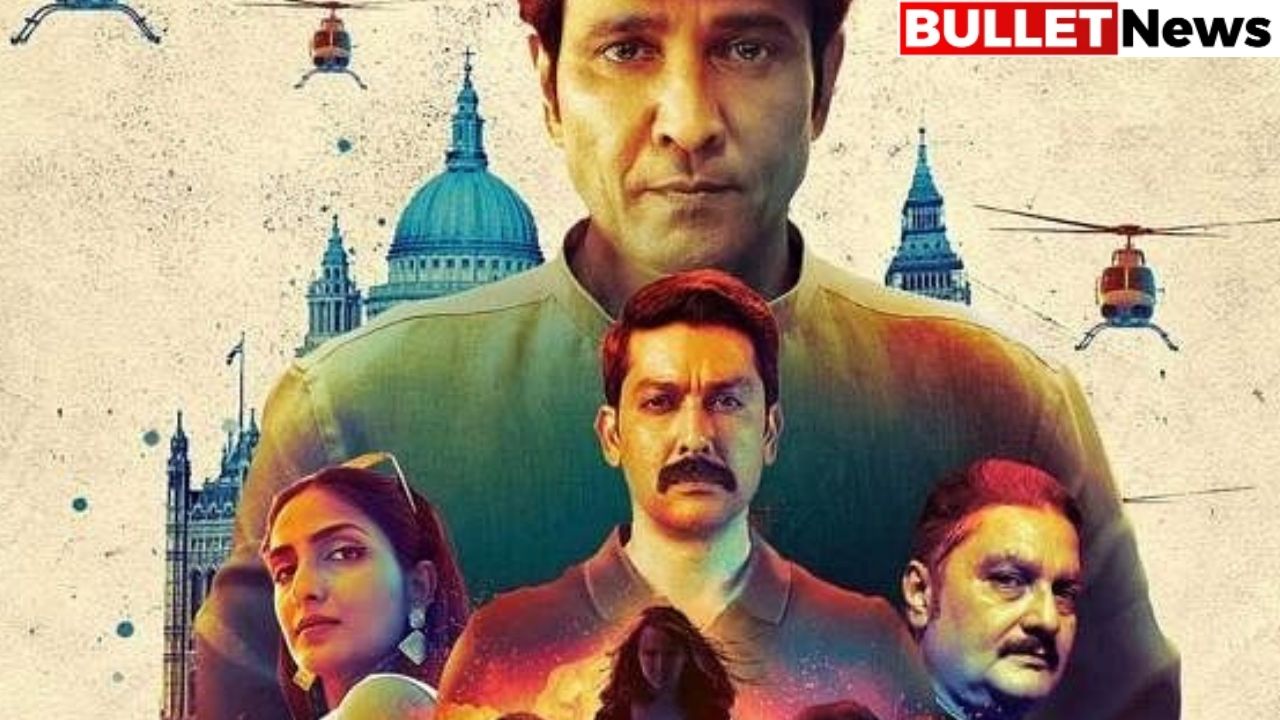 In the mere first season of the Special Ops, the RAW agent Himat Singh is on the phone. “Do thok,” he ordered curtly. And then, before long, “Chod do” (leave it alone). The apt words of a Bollywood song from the 70s immediately come to mind. “Maar diya jaaye ya chhod diya jaaye, bol tere Saath kya salook kiya jaaye”. A hero playing Russian roulette with a different life? This is now referred to as a record.

It’s a nice hook and helps us navigate the rest of the first season.

Which took eight too-long episodes and some casual and somewhat awkward detours to get to what they wanted. Evil Muslim Terrorists Get “thokoed,” The Smart The Indian Spy The winner out, and everyone goes home happy.

Except they don’t. Special Ops 1.5, which launched this morning on Disney Hotstar, tells us there is no respite for the bad guys. Himat Singh (Kay Menon) is still on trial. His interlocutors are the same indifferent duo Tweedledum and Tweedledee. By Bannerji Sahab and Chaddha Sahab (Kali Prasad Mukherjee and Parmeet Sethi). They are still curious about spies as a different category. Who is this Himat Singh? And how did he become Himat Singh, the man of all seasons?

Good question. It’s always really good to know about the background of our characters. Especially those who live in hot places, push buttons and save the world. But this sequel or prehistory, or whatever it’s called, is never quite. As exciting as the protagonist, who wearily falls into the “look-there” trap at every turn.

One of my favourite parts of the first season was when one character. Who tied the other in the middle of a busy harbour on a ship in broad daylight. It was clear that neither the screenwriter nor the person trying to kill with killing intent. Which is actually worried about what exactly would happen if someone appeared. The espionage logic and saga may not be best friends. But they can occasionally spawn some hilariously wacky scenarios. Season two doesn’t stray into self-conscious stupidity often enough.

Even though we mostly see him in hindsight (it’s an origin story, after all) in his most disturbing hairstyles. He’s still sharp, cynical himself, disgustingly corrupt, incompetent adults, and grabs the backs of the people he works with. This quality evokes endless admiration for Abbas Sheikh (Vinay Patak). A hardworking police officer and devoted collaborator picks up the thread. And gives us heads and verses about his hero’s resurrection. The interaction between the two is also the best part of the season.

The problem with the new season is that the antagonists – the mole, for one – aren’t threatening enough. Last time, we got many exotic places – Baku, Dubai, Istanbul, Tehran – and many exotic criminals and some very beautiful executions. There’s also the blue-eyed brave young man from Himat Farouk Ali (Karan Tucker). Who wears a sharp suit and carries out orders while being comfortable with fat girls. This time we get a “honey mix” seducing Indian emissaries to s*ck secrets. With such a serious face that we have to believe that this is the first time we are seeing this. S*xxionage, anyone? Evaporate.

Himat, who spent much of the first season spying on his teenage daughter. To gains a love interest, and there are a few twists and turns in that part of the story. Aftab Shivdasani behaves like a spy and is severe and hardworking but leaves little influence. The climax is really straight out of the bad ’80s Bollywood movie. And if you’ve ever been scared to death from background music, welcome to the party.

Just as things are coming to an end, our friend Farouk appears and fights four heavily armed men. There is an instant energy boost. It’s more like that. Please hammer forward again, no more kissing.