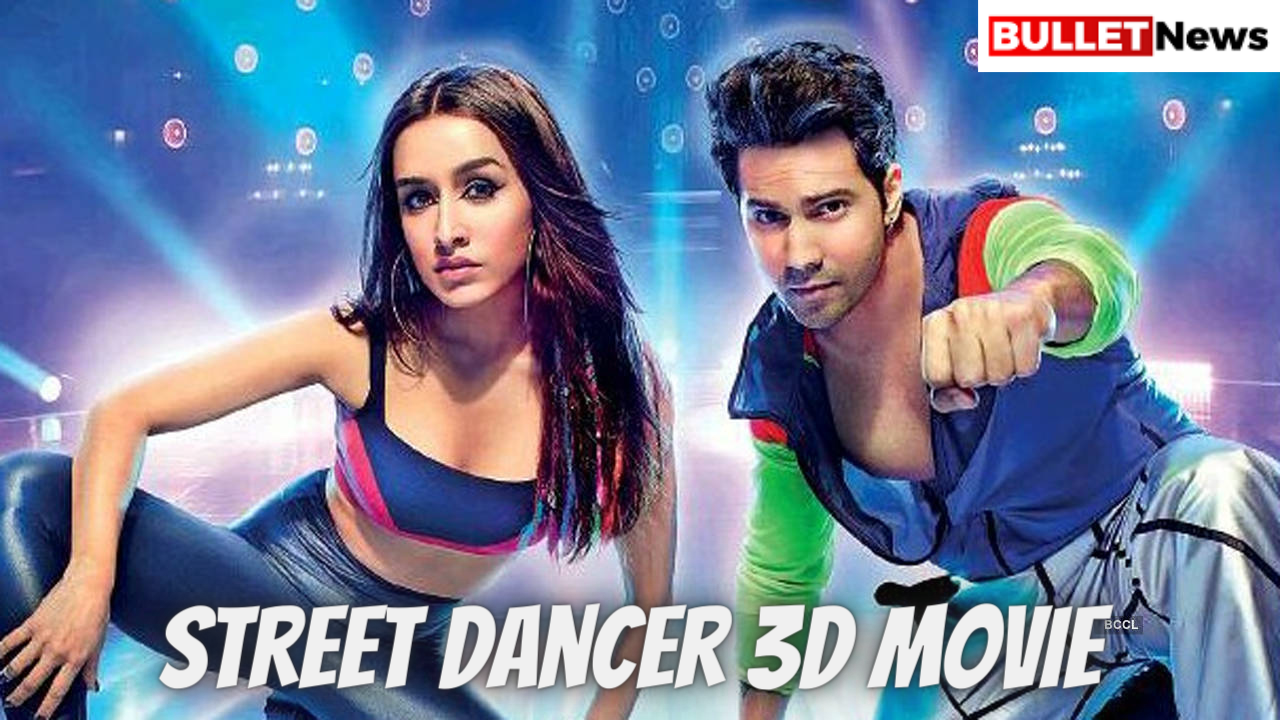 Street Dance 3D movie is just like its name. The movie is based on Dance. The dance lovers would be happy by watching this movie. The story of the movie revolves around the dancers and their Dance.

If we talk about the story, then two dance groups dance opposite each other. One group name is Street dancer while the other’s name ‘The Rule Breakers.’ Sahej (Varun Dhawan) forms the Street Dancer group. Inayat (Shraddha Kapoor) and her team made The Rule Breakers team.

Both the teams participated in a dance competition where the Rule Breakers defeat Street Dancer. After that, Sahej got to know about life’s drastic look, and his thought towards life changed. Then, in the end, both of them have the same motive. Sahej and Inayat united and worked together to achieve a similar goal.

Both Sahej and Inayat unite to achieve a goal that is earned for the help of immigrants.

Inayat (Shraddha Kapoor) showed stiffness by nature as she had good looks along with the power of great Dance. While Sahej (Varun Dhawan) also had a good command over his passion and appearance in the movie, it is simple, like a Street Dancer. The people can easily get connected with him.

You may also read Yeh Ballet movie review: Another true story of a young boy, from the road to millionaire

Moreover, both of them had a number of fans in London’s street. They both are passionate about dancing and always want to beat each other.

That started a tough fight between the duo, but this had taken another form as the story proceeds from ground dance battle towards one of the world’s grandest dance challenge. A dance snap, ‘Street Dancer 3D’ also condenses the growth of a pack of skilled dancers on stage and the bigger theatrics that is life.

Remo D’Souza signed the lead pair in the movie as Varun Dhawan and Shraddha Kapoor.

This is the third dance movie of Remo D’Souza and sequel of ABCD. This could be named ABCD3, but he tried to name it differently as per the movie’s story. The movie’s story is something about Street dancer, but it’s not entirely dependent on it only.

This time Remo D’Souza increased the movie’s level by its central theme, i.e., Dance. The choreographer who turned as a writer or director has increased the dance presentation in the movie by introducing a number of dance forms.

The dance form in the movie “Street Dancer” are Locking and Popping, Jazz, Afro, Krump, Animation Tutting, Contemporary, Urban and Slow Motion – and has even managed to made various performers together.
Along with the lead actors, Nora Fatehi also performed a grand diva role in the movie as Mia. Mia played the role of Sehej’s girlfriend.

Varun and Shradhha worked hard to make their on-screen representation a remarkable one, which is noticed even when they are in a group.

Varun’s emotional form Sahej and Shraddha’s arrogant form Inayat give compliments to each other. Remo used the VFX (visual effects) to add more reality to the originality. That was liked by the audience, too as well.

There are the other dancers’ roles in the movie too as Salman Yusuff Khan, Dharmesh Yelande, Raghav Juyal, and Punit Pathak. There is a surprise entry of PrabhuDeva in the movie along with these dancers. Even he recreated his famous song ‘Muqabla’ that recalls all the evergreen memories.

However, the thing that doesn’t favor the movie is its description. The movie needs to be cut down by 20 minutes. The movie’s centralized theme is Dance, and we totally agree with this, but it’s not possible for one to leave the random writing.

The movie’s starting was based on a theme that amazed the audience, while the second half of the movie ends with another theme that let down the audience’s expectation.

Agreed the movie is presentation and performance-oriented, but that is also true that if we put Dance, song, or fight simultaneously after five to six minutes, the audience got irritated. Even they lose their concentration from the storyline of the movie.

While if we focus on one more, the fact that it is for a section of the audience only.

Everyone doesn’t like Dance, romance, but only dance lovers can enjoy this movie thoroughly.

Even the movie ‘Street Dancer 3D’ had a grand and strong message in its storyline.

You may also read Forgotten Army Review: An ode to our war heroes

The message of the movie is to welcome difficult situations in life lovingly. You must have sympathy for the known’s as well as unknowns too. And don’t change the friendship values as per the convenience.

The message is good enough to look super strong in the look, but the movie doesn’t succeed in portraying it ultimately.

If we look at the overall rating of the movie ‘Street Dancer 3D’, so it’s quite impressive as:

While the Critic’s rating of the movie on screen was 3.5/5.0, that’s not the average of overall ratings.