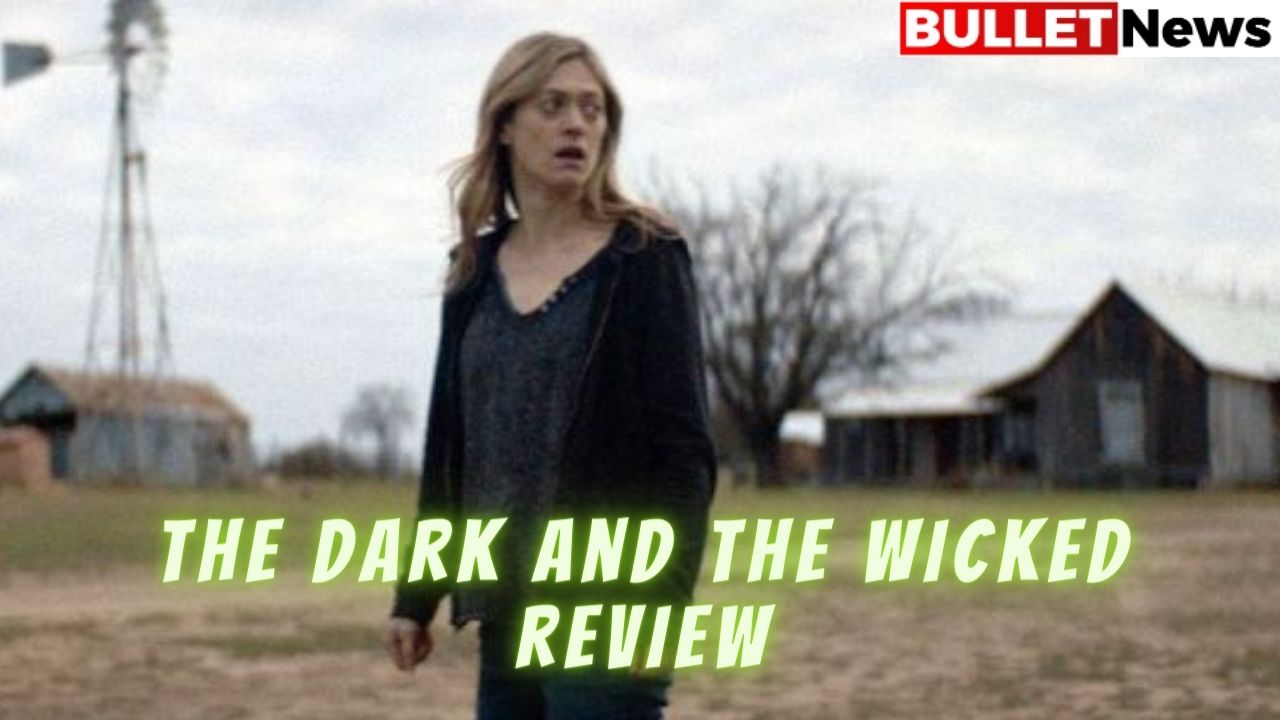 THE DARK AND THE WICKED is the latest film from Bryan Bertino of “The Strangers” but, In this terrifying portrayal of a family falling apart the director has chosen a different route that takes the viewer to some unsettling places while following the characters in the story.

It’s the kind of movie that inspires actual nightmares which will hang around in your subconscious every time you switch off a bulb.

It is a psychological Masterpiece in which siblings Louis (Marine Ireland) And Michael (Michael Abott jr.) visit their bedridden dad and mom In their remote Texas farmhouse.

Everything in the film feels creepy. The Sheep In The farm, the creeks in the wood floor even the homemade wind Chimes. The film starts at an unsettling place and takes you for a ride to a place even worse.

But that doesn’t stop star Marine Ireland to give one of the best performances of her life in this movie The tries to walk the line between supernatural horror and human grief.

The story follow the main characters Lewis and Michael as they try to help their mother take care of their dying father.

If you are watching this movie for entertainment purposes I would suggest that you refrain, The Dark and The Wicked is not enjoyable by any sense of imagination.

But if you feel you are looking to explore “the dark and wicked” human emotions that come with horror, grief, fear, guilt, anger etc. then this might be the movie for you.

The first gruesome scene involves the mother chopping carrots with a very large knife. But wait until the Evil comes (named “Wicked” in the credits), who the audience sees in the background in a couple of blood-run-cold “he’s behind you” moments.

Bertino’s genius shines in this as he exercises restraint, not revealing too much about the Wicked. But that does leave his script open to the accusation of narrative thinness – and with the bodies piling up, you’d expect a cop or two to come sniffing around.

A handful of supporting characters find their way to the farmhouse, from a caretaker who has been helping the siblings father (and witnessing the disturbances their mother feared), to the priest who might be just creepy as anything happening inside the house. In the middle of all the terrible hauntings, the siblings try to salvage a normal goodbye to their dying father.

The filmmaker also makes great use of its farmhouse setting, and anyone who has a sense of worry about all those adorable goats, well, they’re going to be proven right sooner or later. Bertino’s exceptional ability to frame a shot is on point.

However, and even when what’s actually happening on screen isn’t that thrilling, the filmmaker and cinematographer Tristan Nyby sure know how to shoot it like it is.

But to be fair If I’ve perceived the film’s symbolism correctly then it feels rather gratuitous to drag in more characters in the plot outside of the main family. The film seems to try to balance the ‘entertainment’ horror aspect and the underlying meaning it’s trying to convey.

The audio alone is enough to send shivers up your spine but the jump scares and depressingly bleak visuals just sucker punch you until you have no energy left to fight.

The film isn’t afraid to take it up a notch and exploit the characters and viewer alike. With increasingly shocking and disturbing scenes that appear to be a manifestation of guilt and grief made real.

Nevertheless, THE DARK AND THE WICKED is an unnerving masterpiece that will drive you to the edge of sanity. It’s full of shocks and isn’t afraid to gut punch you when you least expect it.

It’s also a tragedy, one that so many families can probably relate to, and the lead actors convey this convincingly as siblings returning to their family home through a sense of duty and guilt rather than compassion and love.