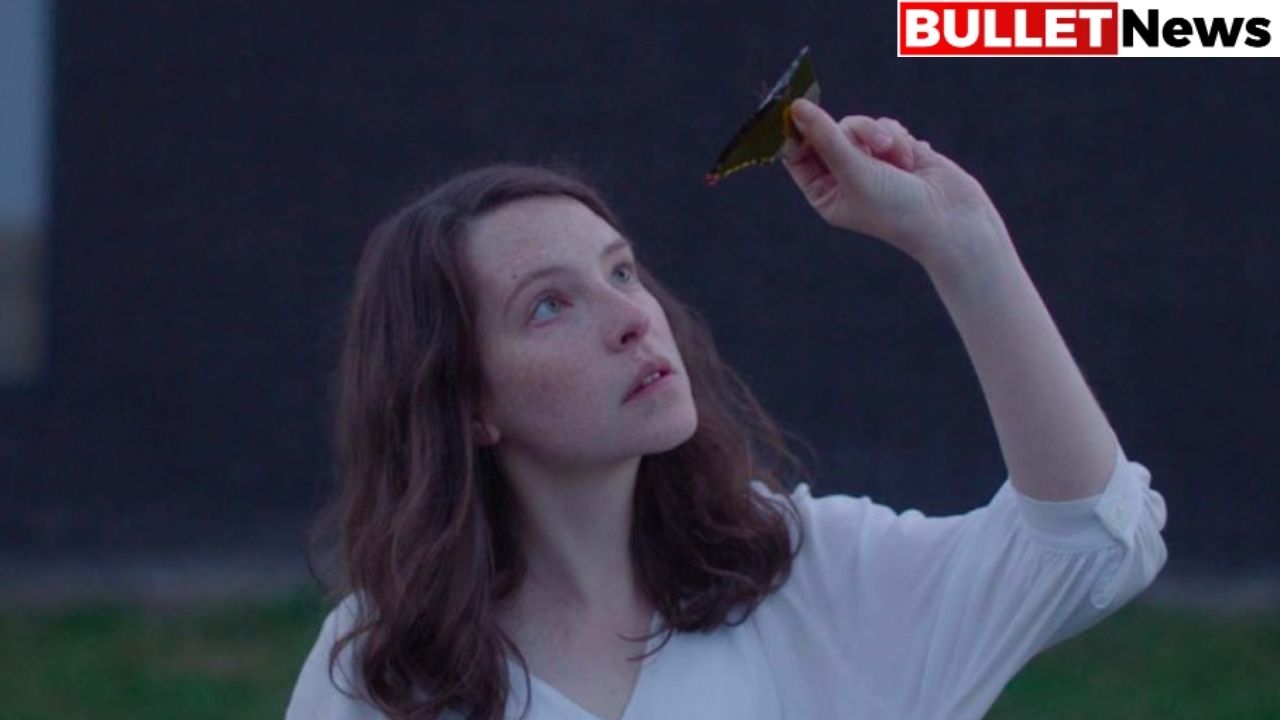 The Feast is a Welsh-language thriller that hopes to slow its way into our hearts. So long as our hearts are cool with blooming art house horrors. And an unsettling creeping feeling, fatally drowned in the violence of the inevitable fetish.

And who’s heart is NOT cool with an art-house blooming horror and anxiety. The lingering, creeping, fatally drowning from the inevitable fetishistic violence I always say? The film is director Lee Haven Jones’ feature film debut, who could quickly join the growing ranks of horror writers.

He appeared at the village castle house and looked a little damp:

But you won’t think about it. Cady (Annes Eloy) comes to this ultra-modern home, seemingly affluent, to help Glenda (Nia Roberts) prepare dinner. Her husband is Gwynn (Julian Lewis Jones). An MP (first hit) who loves to brag about shooting rabbits for dinner (second hit).

Even though she just found him dead and wasn’t killed (third hit). It’s officially Help, but who’s going to ask for help at the end of the day? Don’t reveal anything! It soon became widespread that Glenda and her family were unbearable assholes with some severe dysfunction buzzing in their skulls. He had his isolation room where he could get out of everything. A dimly lit brick room that one of the dinner guests aptly described as “cell-like”.

Understandably, Gwyn and Glenda will have chips from the old block. Guto (Stefan Senid) has little understanding of the team, a poor guitarist with a heavy bracelet. Who moves house to give up his heroin addiction.

His brother Gweirydd (Sion Alun Davies) has the feel of a serial killer. a man who trains for triathlons and who loves to admire and touch him in tight overalls. This family is the CREPE group. And yes, you may notice that all of their names start with the same letter. He didn’t forgive that one bit.

It just blends in with the psychological mechanism of the place. Somehow he was spying on everyone – especially Gvayrid, who he noticed as he shaved his ass and a drop of blood dripped into the water in the tub. He liked to touch everyone’s shit, wet his fingers with his tongue to clean the dirty glasses other people took and put in their mouths, and left big curls of his hair on the couch.

Finally, two guests at dinner come for a conversation that turns the film into a critique of capitalism – relating to the opening scene, in which the drill is endlessly digging into the ground. Meanwhile, we’re struggling with some severe buildup, complemented by flashes of odd behaviour that’s even stranger than the behaviour I’ve described, and flashes of blood, or maybe just pomegranate destruction, all of which represent a severe representation of fasting.

While The Feast pisses us off with its silent embarrassing moments, we hope it will reward our patience with the rewards it deserves. I think so for the most part, although Jones draws close style comparisons to Lantimos, Robert Eggers, and Lynn Ramsey.

His movements are conscious and organized; he brings out the fear and threatening state of the situation; he seduces with tropes of physical and folk horror while his characters indulge their sins, as in “the seven deadly”, and above all lust, greed, pride and greed. This film isn’t just a banal tease with a lively atmosphere – it makes some clear but somewhat interesting ecological offerings through the stimulating but also vulnerable plot ambiguity of “Mother Earth Revenge”.

When the movie goes into detail, it’s a lot of fun:

The disgusting and morally corrupt family in this story destroys the beautiful landscape around the house in search of wealth, educates their wise men right outside the door, and builds their ugly and threatening modern home from as much “local” materials as possible.

How glorious! The main takeaway here is to do nothing to get the planet to send one of its stubborn, flashy and insane villains for you, which we already know, but hearing the news again doesn’t hurt anyone. Jones demonstrated a specific vision and significant potential with The Feast, a solid art-house horror tour.