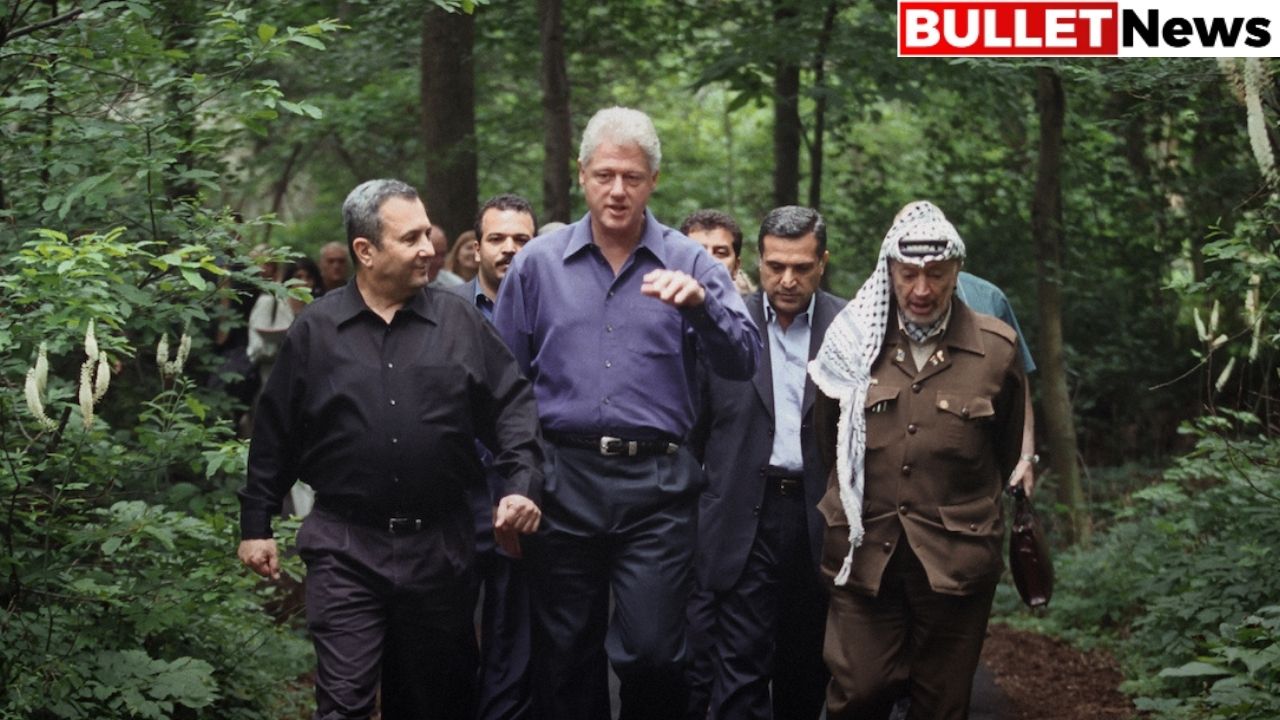 These are (and unfortunately) stories that never end. The ongoing conflict between Israel and Palestine, or Jews and Arabs, has more than a hundred years. Documentary Dror Medemak, nominated by Oscar for the 2012 Gatekeepers film, tells the Israeli security perspective. In human factors, he focuses on the point of view of US negotiations.

Covers 30 years but is primarily dedicated to Clinton’s government.

From the Palestinian Liberation Organization (PLO), there was Arafat Yasser who was always present. And from the United States, we saw Jim Baker, George H.W. Bush, Bill Clinton, Warren Christopher, and Madeleine Albright. But outside the name and face we know, more interviews are negotiators.

Such as Dennis Ross, Martin Indyk, Daniel Kurtzer, Robert Malley. And GALAL HAMEL diplomats over their different insights in the years of meetings and efforts. These interviews are mixed with extraordinary archive recordings providing more information. Then the newscast stream without the end for the past thirty years.

Election, murder, war, and cultural clashes. It has been combined to bring. The constant change to negotiations. Just because each party defines “history” and “future” in their way. One of the most exciting segments revolved around the famous/iconic handshake on the 1993 Oslo Agreement.

You may also read Mank Movie Review: Hollywood golden age, Prosperous and of the terrible times for everyone

The importance of the handshake. It was forwarded to Rabin. And he insisted that Arafat did not uniform. So the negotiators appeared with “Safari Suit” as a description, and the handshake occurred.

The negotiators discuss many moments like this. And we realize that posture and the game have become the main reason no one changes (therefore, film title). And the Clinton segment around the last failed last of the 2000 Middle East peace summit. At Camp David was extraordinary with his photo and insight into the interview.

Moreh had delivered the last view behind the scenes in one of the most frustrating global situations.

The negotiators offer insight into the process. And the role that was simply played by manipulation, credibility, trust, and empathy. Mostly, we are left with what might happen and be informed of “peace”. Not even the right word when there is no solution.

The author/director received unprecedented access to people involved directly in negotiations. The diplomats on the ground every day, then famous names in headlines. Even though diplomats offer a lot of insight into them and the process.

People interviewed, who speaks frankly, even emotionally, including Dennis Ross American diplomats. Hellar Gamal Coptic-American was born in Egypt. Middle East analyst at the United Kingdom of England Martin Indyk, and fellow Middle East analysts. Miller, who is a pointed observation, is wrong.

One most reveals. The interview gave us a new view behind the curtains. And in-depth negotiations, problems, influential contemporary events, and the personality involved.

This perspective brings new insights into the wrong step and approaches. Misses along with the road, the people’s satisfaction above. And a heartbreaking understanding of how close they succeed.

This documentary is visually dynamic. Moreh with a skilled mix of archive records and silent, black and white and color, with the recent interview.

Moreh mainly allows the subject to speak, maybe asking one question. This allows them to study unexpected backgrounds, focus on the maneuver behind the screen. And offers a historical context of other events taking place together.

You may also read Another Round Review: Turning down movie series soon to be launched in English Language

Not only for this particular negotiation is processes, finesse and subtle touch needed, and the deeply human side of thorny negotiations, challenging problems, and hope for eternal resolution and peace. Human factors are what must be seen by tempting on what is possible for the Middle East.