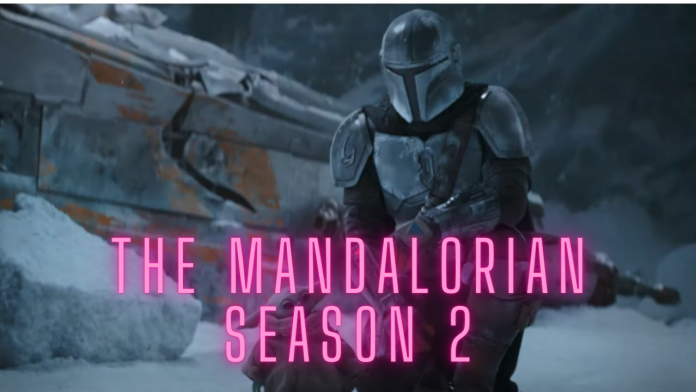 The ‘Star-Wars’ is happening in a galaxy far far away, but those stories don’t stay that far from us. With time we get to see a part of its universe, not necessarily their timeline is set in sequence. However, everything gets more evident with each upcoming series or movie.

Today, from this odyssey, we bring to you ‘The Mandalorian,’ Season 2. The story of a bounty hunter and a package that he has to deliver across the universe. But who would have thought the hunter would open the package, and it will be the start of a beautiful relationship?

The Mandalorian is full of drama, humor, and off-course action. As a Star-War movie does, nothing out of the ordinary, but this series’s graphics and visualization are fantastic. Furthermore, we have brought you some mind-blowing information about its second season. Read on to know more about what ‘The Mandalorian Season 2’ has in store for its fans.

Introduction to The Mandalorian:

The creator of Star Wars: The Mandalorian is Jon Favreau. And the show ‘The Mandalorian’ premiered with the launch of Disney+ on November 12, 2019.

More importantly, Jon Favreau is a head writer, executive producer, and he also serves as showrunner for this amazing American space Western web television series. However, other executive producers alongside him are Dave Filoni, Kathleen Kennedy, and Colin Wilson.

You may also read The School Nurse Files: Release date, Cast details, Plot and Everything we know so far

The Mandalorian had a total of eight-episode in its first season. The series has earned praise for its acting, directing, writing, visual effects, and musical score. Furthermore, it also got a broad of positive reviews from critics.

The Storyline of The Mandalorian:

The title character goes by the name Din Djarin. Moreover, he is an infamous bounty hunter whose clan is known by Mandalorian. However, in this series, he exploits beyond the reaches of the New Republic. This series’s timeline is 25 years prior to the events of The Force Awakens and five years later to the events of Return of the Jedi.

The package that Bounty hunter is retrieving is kind of a baby. Furthermore, it is officially called ‘The Child.’ Why do we say it is the kind of a baby? Because he is already 50 years old and still he is very young. He belongs to a species that we know very little about. Moreover, this Mandalorian character is the breakout star of the new Disney Plus streaming service.

So, without any due, let me tell you that the premiere date for the second season of Mandalorian is October 30, 2020. Furthermore, we have another great news that in April 2020, the producers might have begun the pre-production on a potential third season for The Mandalorian.

How did CoronaVirus affect The Mandalorian?

Not too poorly, as season two had already completed filming before the pandemic-induced lockdown. Furthermore, post-production continued remotely, meaning the series returned more or less one year on from its original US air date.

The Rotten Tomatoes site’s critical consensus reads as follows: “Action-packed and expertly-crafted—if at times a bit too withholding—The Mandalorian is a welcome addition to the Star Wars universe that benefits greatly from the cuteness of its cargo. The visual effects, the sound effects, the overall look of the thing is all bang-on. This is a polished production that shows off every cent of its feature film budget on every frame of its run time.”

Let it be the Halloween surprise from Disney.