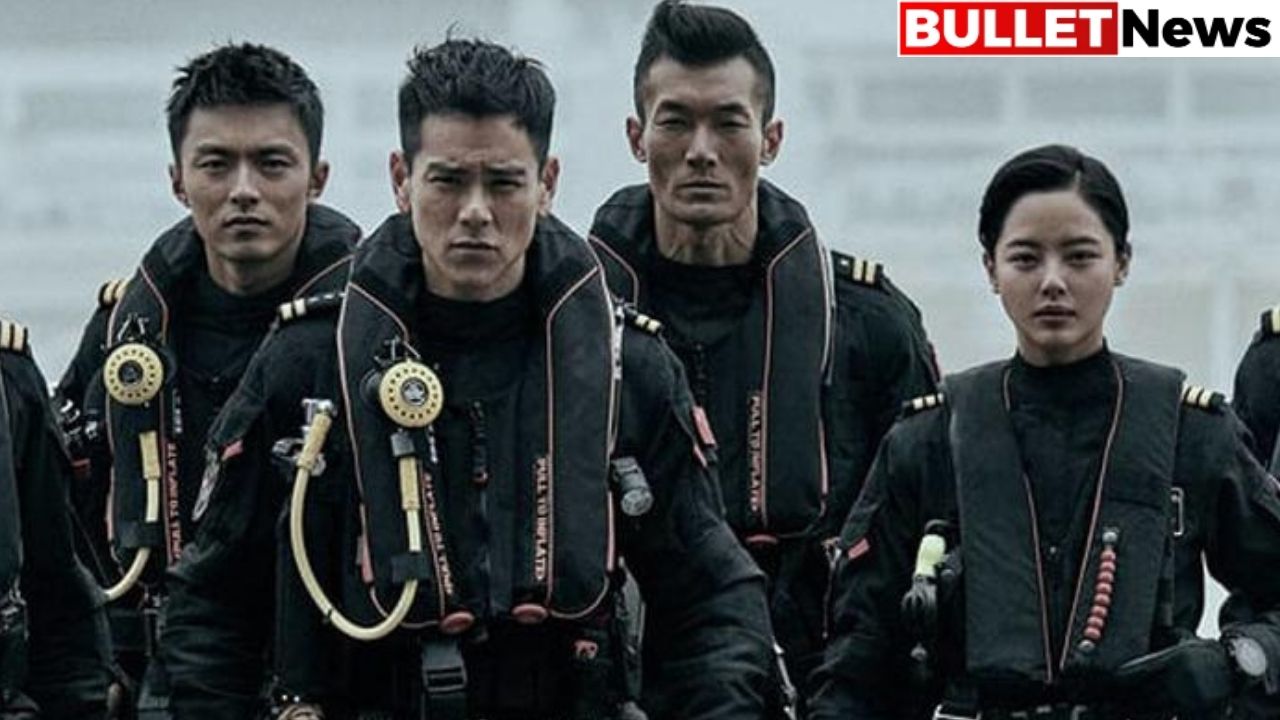 Beware of claustrophobia, but even you may find “safety” attractive. This National Geographic documentary shows in theatres about the international action hastily organized in the month of June 2018. To rescue 12 boys and their soccer coach. Who is trapped in a flooded cave in northern Thailand. Directed by Elizabeth Chai Vasarheli and Jimmy Chin.

A literal rock-dock hanger for a climber climbing the vertical wall of El Capitan. A 3,200-foot monolith in Yosemite National Park, without the usual climbing gear or safety gear. His latest film depicts the indescribable skill and courage of divers. Who descends into the darkness of a labyrinthine cave system. And risk being trapped in the narrowest spaces of rapidly rising water. Heroic things are always mysterious. In this case, too, very strange.

As the viewing progresses, the early part of the film is exhilarating. When news often means some bad news and the international news means a different story of struggle or suffering. It’s fascinating to see insightfully crafted and edited snippets of the global response from an ad hoc community of investigators with the specialized skills and tools to get good results. The doctors, engineers, US Air Force special forces, divers from the UK and elsewhere.

Thailand has its skilled divers, seals, who are on earth and ready to dive beneath it at some point. Whether the SEALs have the right skills and the equipment is controversial. But Thai authorities were initially adamant against overseas cave divers being involved in the rescue. (In fact, the former SEAL died during the rescue operation, and the SEAL died several months later from a blood infection during the operation.) Then practical and territorial conflicts arose.

Watching this conflict end up depressing:

But resolved through an unexpected strategy by people who reveal their humanity in surprising ways. “Safety” is the model for storytelling clarity – an impressive feat, as achieved during the Covid-19 pandemic and one that relies heavily on zoom interviews. Other than that, the film is a gallery of character portraits that don’t look right for their roles but still blend in well.

The most expensive member of the group was Richard “Harry” Harris. An Australian anesthesiologist and not a keen diver. Who became the chief operating strategist after the boys were found. Finding them was a remarkable feat, but getting them out was another matter. As they had no diving experience and the underwater journey to safety was long and dangerous.

When others offer to calm the boys down to quell their panic, Dr Harris put on a breathing mask and go with them. That’s a bad idea, he thought. Even so, he was the only one who could work, so he created a medicinal cocktail and then taught fellow divers how to use it. His memory of the trial was terrifying. He put someone’s face underwater while he was unconscious and cuffed his hands behind his back. He said, “feels like euthanasia to me”.

The best-known members of the group are overseas cave divers:

Most notably two middle-aged British retired firefighters Rick Stanton and a well-known cave veteran named John Volanten. He told us that he and other divers from around the world were being hired.

Bring skills and equipment that the Thai SEALS can’t use, such as teaming up in Ocean’s Eleven’s version of the wetsuit. I wanted this film to tell us more about their abilities. But we certainly learned a lot about their thinking. And these cave explorers are far from the jaws of tight emotional steel expected of them. Therefore, the aliens are finally empowered to direct and carry out the rescue.

They speak openly and disarm that they were losers and loners as kids – bad at team sports. A feeling of isolation they initially find dangerous, but also reassuring and safe. Who would have thought that twirling through underwater cracks could be fun? That floating in a lightless pocket on a rock could be zen? Like all good documentaries, Salvation finds history beneath the surface of the stories we thought we knew.