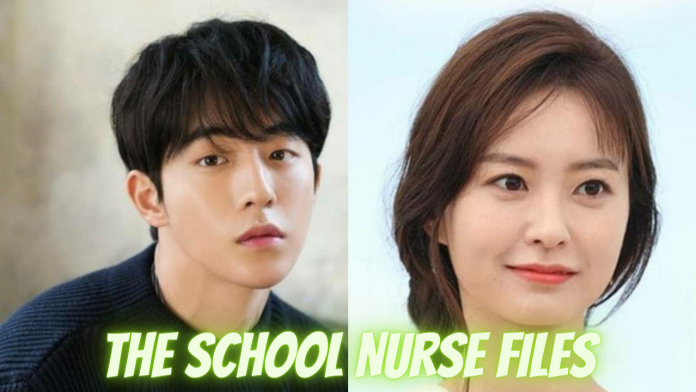 The series is written by Chung Se Rung and directed by Lee Kyung Mi. The School Nurse Files will be one of the most exciting K-Dramas of 2020.
Netflix is about to give us another grand premiere in the world of K-Dramas. It was official in 2018 that The School Nurse Files was coming to Netflix. The new teaser for the school awakens the excitement and interest among the viewers.

The school nurse files portray the story of a nurse who works in a school and teaches and takes care of her students. She must have to complete a salient mission of fighting with the creatures that only she can see.
The first teaser of the show gave us a bit of understanding about the show’s story, and the trailer of the show disclosed even more ing=formation about the show.

We witnessed an alliance that Ahn Eun Young will have with Professor Hong In Pyo to accomplish her mission.
The newer trailer shows a chain of drawings where Ahn Eun Young is fighting with someone invisible with her sword’s help. And she is revealing the fact that she can see the world that no one else knows.
Ahn Eun Young is responsible for taking care of students who face some physical discomfort. The cases she attends might be extraordinary, but no one knows about it.
Hong In Pyo is a teacher in the same school.

She observed that Ahn Eun Young is acting very strangely, and she found out the reason and became her ally.

Is the series available in 4K?
Currently, the latest K-dramas on Netflix aren’t available to stream on 4k. But the upcoming series The School Nurse Files is Netflix Original. This means the whole series will be available to stream in 4K UHD.
To enjoy the show in 4K, An internet connection capable of maintaining 25Mbps is recommended, and a Premium subscription and a 4K device are mandatory.