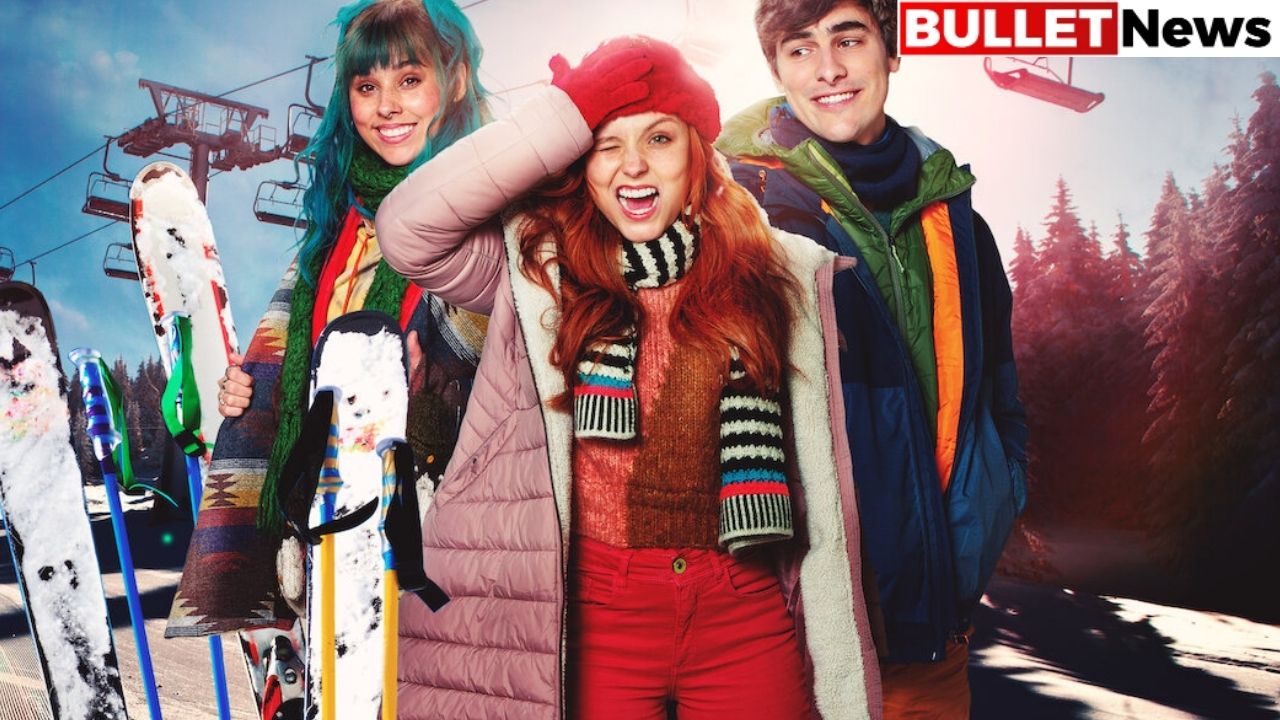 Barbara (Larissa Manoela) dreams of travelling the world; He knows everything about cities like Paris and New York, but his job selling magazine subscriptions at the airport was barely enough to get him out of Brazil. He tries hard to sell enough subscriptions to win a fully paid ride, but when he receives a no-profit subscription, he quits his job and works at an airport taxi stand with his best friend Tyla (Tati Lopez).

Hoping to travel to the US after battling an American flight attendant named Brad (David Sherod):

Barbara soon realizes that things are not as simple as she had hoped. After a while, however, the lightbulb flashed, Barbara realized that there was a way to America: an exchange program. Soon Barbara and Tyla are sitting on the plane living with the family. Where they see the snow (and more than a other few things) for the first time in thier life.

The girls settle into their new homes – Barbara takes care of the baby, Tyla lives with the parents of a missing woman trying to give keep them company. But things aren’t as glamorous as they’d hoped. While Barbara does wants to drop her English course and tries study. As a flight attendant, her boss isn’t too enthusiastic about the idea and Tyla is forced to look like the lost daughter of her new family. Barbara and Tyla find themselves in a kind of love box where the new men in their lives face each other. This exchange program might turn out to be more than the duo had hoped for.

Tati Lopez steals the show as Tyla, the rebellious best friend of the dreamer Barbara. While the script tries to have Tyla play Barbara’s assistant. Lopez’s brilliant on-screen presence is too strong to be considered a supporting role. Whether she’s holding up her blue hair and nagging about America’s attempts to destroy Brazil’s economy. Or whether she’s the lost daughter of a family of hunters, divers, and meat lovers, she’s both hilarious and utterly endearing.

I think I do know what to do with the secret diaries of exchange students.

The itchy girls watch the world turn to America and enjoy manipulation. Learning the true meaning of friendship and understanding their way of life. Pretty simple, isn’t it? This is not an exchange student’s secret diary. It’s a film so inconsistent and weird that I’ve scratched my head more than once. And wonder if I’ve fallen into a fever dream where logic and sanity are thrown out of the window.

The first-half of the movie is really fun if you’re a little rushed; Watching Barbara rush to sell subscriptions and Tyla to work. The taxi rank is fantastic fun, and we get to see their friendship in action. Even after Brad’s arrival, there’s still a feeling that the girls are fat as thieves – until they arrive in America. Where the movie actually seems to forget that Barbara and Tyla are “sisters”. Nonetheless, the “fish out of water” sequence is also adorable. Especially Tyla mocking her strange new family in Portuguese while staring at them with a dizzying smile.

Those threads does quickly dissipate:

As The Secret Diary of an Exchange Student (a title that makes less sense. When I think about it) tries to create twists that have no place in a film like this. Underground plaster? NSA business? Questions about dad? Green card wedding? None of this actually has got anything to do with the rest of the story. It felt like the author played another round of Mad Libs’ weird script, and the results were downright baffling. I don’t know how something past the 45-minute mark can get past a director or studio manager.

While the premises of the movie The Secret Diary of an Exchange Student looks really promising. It’s sadly wasted on an underdeveloped female character and a completely insane script. That actually throws all the logic out the window with every crazy twist.