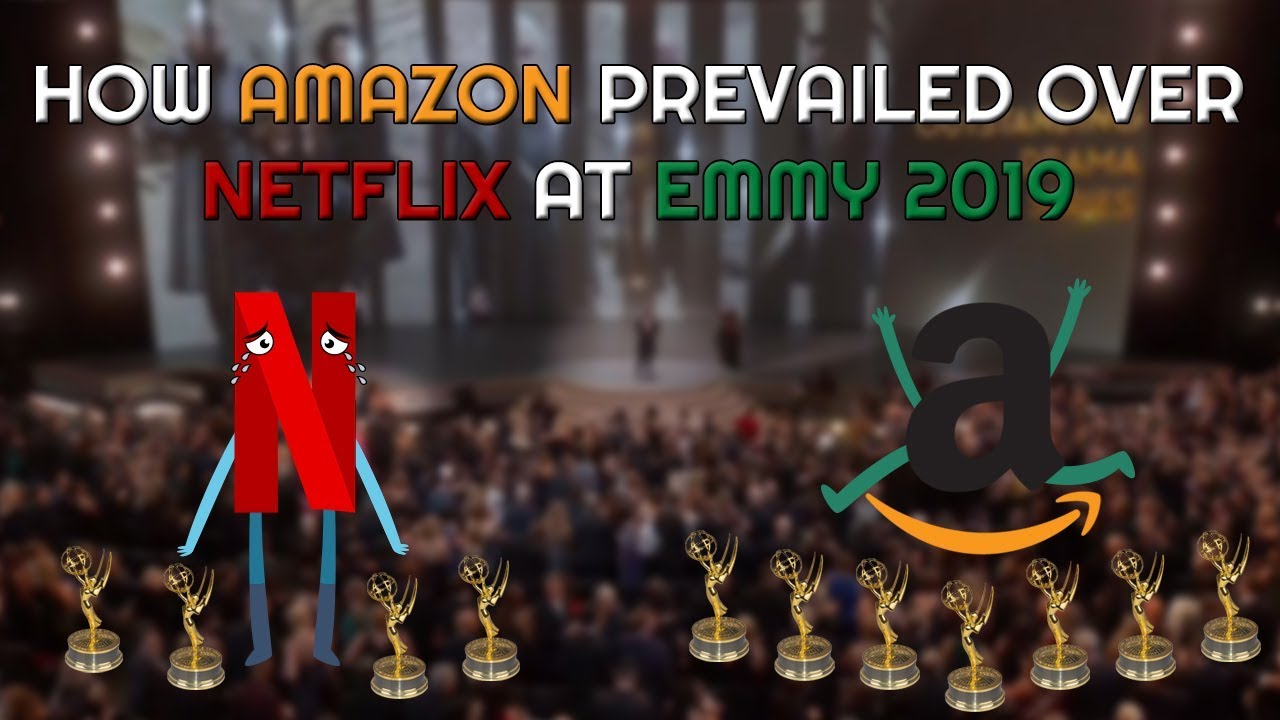 The Underdog Prevails: Amazon Beats Netflix At The Emmy Awards 2019

The Underdog Prevails: Amazon Beats Netflix At The Emmy Awards 2019

What a wonderful day for Amazon Prime Video as it beats Netflix in the Emmy Awards. Amazon Prime won 7 awards whereas Netflix won only 4.

We all know that Amazon is the world’s largest internet retailer, has seen DVD sales plummet as consumers prefer downloadable and streamable content. As a result, Amazon launches Amazon Prime Video. And nobody thought that it would be able to beat Netflix one day. These 2 are bidding against each other and providing exclusives and specials here and there in order to become the best in the business.

On the other hand, Amazon generates revenue of $61 billion per year whereas Netflix Makes just $3.1 billion per year. Amazon doesn’t only have an upper hand in case of revenue. It also offers a lot of deals and benefits to its Prime customers. You can opt for amazon prime @ $119 per year. In which you also get free 2-day shipping on all the Amazon products and a bonus is Amazon Music services. Netflix is available for $9.00 per month (Basic) and does not offer any free services and it also costs more than Amazon Prime.

A thing that is similar in both platforms is that they support Ultra High Definition (UHD or commonly known as 4K) streaming. However, the decisive factor in the ultimate battle is cost. Amazon Prime Video is more cost-efficient as it has only one plan. Which is their best plan @ $119 per year. On the other hand, Netflix has three plans and in order to stream videos in 4K, you need to purchase their best plan that costs $15.99 per month. So, Amazon lets you stream 4K videos while charging you $72.88 per year less than Netflix. This might just be the biggest reason why Amazon Prime Video was able to gain a massive audience.

Well whatever the stats might be, the bottom line is that Amazon beat Netflix at the Emmy Awards 2019 with 7 awards compared to 4 awards won by Netflix. In the end, both streaming platforms are amazing and they have their amazing and distinct specials and exclusives to offer.