The world’s richest man CEO of Amazon “Jeff Bezos” has seen his fortune grow by $6.4billion. Amazon is now worth $1.1 trillion after its shares hit a record high on Tuesday. Amid surging online orders during coronavirus lockdowns. While Amazon’s founder saw his wealth rocket. His employees at many warehouses have warned their lives are at risk by continuing to go to work. The Seattle-based firm has been facing public scrutiny. Over safety and working conditions of warehouse delivery. And retail gig workers in the United States after cases of COVID-19 reported in some of its facilities.

On the same day as Amazon shares surged in value, a worker at an Amazon warehouse in Southern California died from the coronavirus. The company’s founder was last week named the world’s richest person for the third year running despite his divorce last year. Which cost him a quarter of his stake in the tech giant. Jeff Bezos who founded the e-commerce company out of his basement in Seattle. Washington, in 1994 gave $36billion worth of stocks to the ex, Mackenzie. On Tuesday Amazon’s stock was up more than 4 % closing at $2,283.32 per share. That topped the online retail giant’s previous high of $2,170.22 per share on February 19.

With stocks rocketing, Jeff Bezos, who currently owns an 11.2% stake in Amazon. Saw his fortune grows by $6.4billion to $138billion yesterday. The economic damage from the outbreak has been widespread and severe after only a few weeks into the shutdown. The International Monetary Fund said, “that the world economy will suffer its worst year since the Great Depression”. 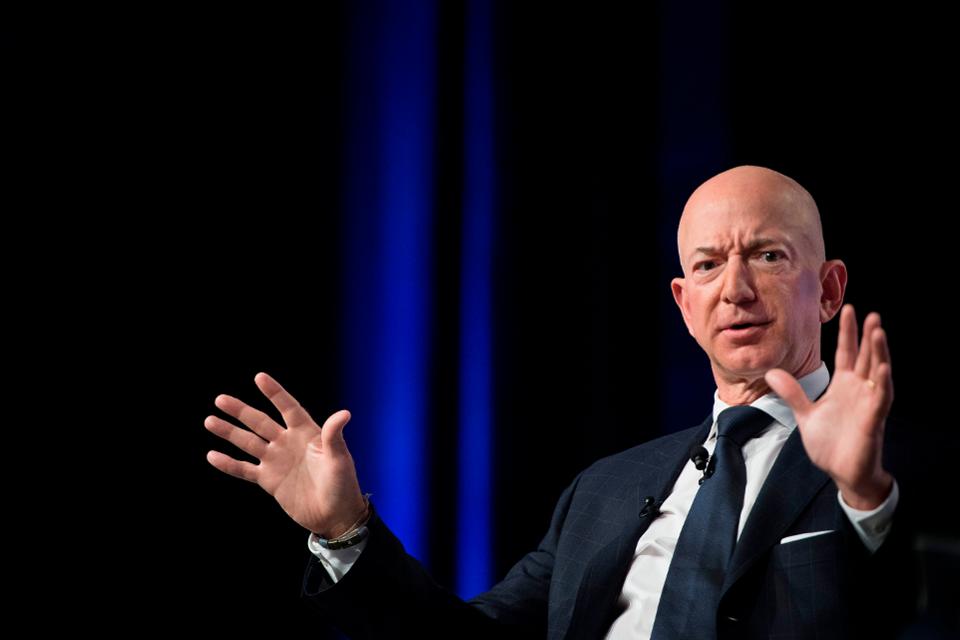 The company said on Monday it would hire 75,000 more people for jobs ranging from warehouse staff to delivery drivers. That’s on top of the 100,000 positions it advertised earlier which they say have already filled, and the new jobs are besides that. Amazon said “it will begin to put new grocery delivery customers on a waitlist. And curtail shopping hours at some Whole Foods stores to focus on orders from existing customers. But the pandemic has not been without its controversies for Amazon.
There has been a spate of protests across the United States as workers call for more protection as the virus spreads.
© Copyright© Bullet News