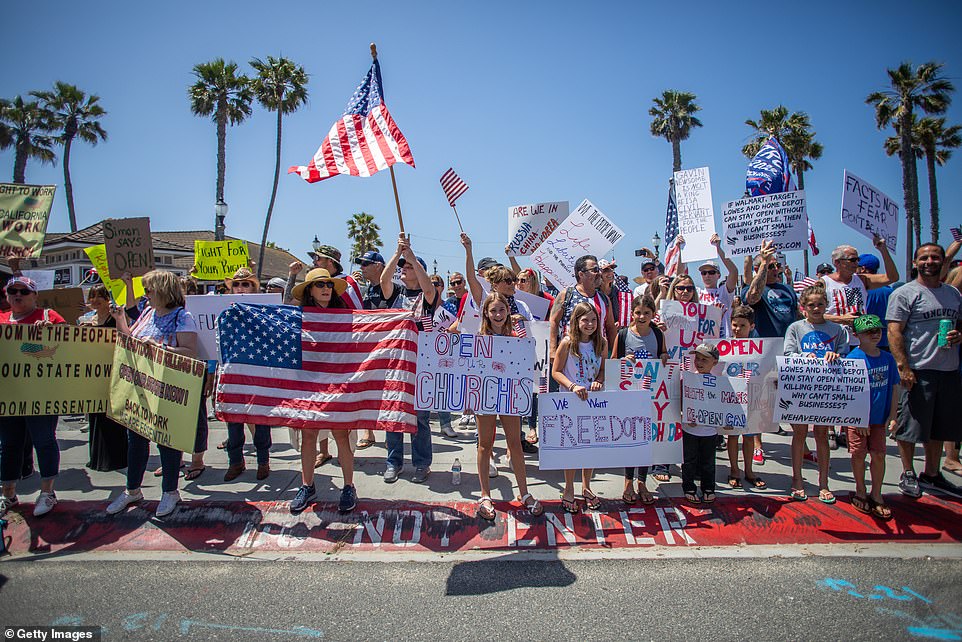 Thousands of anti-lockdown protesters stood off with mounted police on Friday. As they assembled on the boardwalk at Huntington Beach angered by California Governor Gavin Newsom’s order. To close the beaches and called for an end to the coronavirus shutdown. Gov. Newsom acted to close state and local beaches in Orange County to residents from Friday morning. disturbing images showed thousands flocking to the sands last weekend. Ignoring the state’s stay-at-home order. 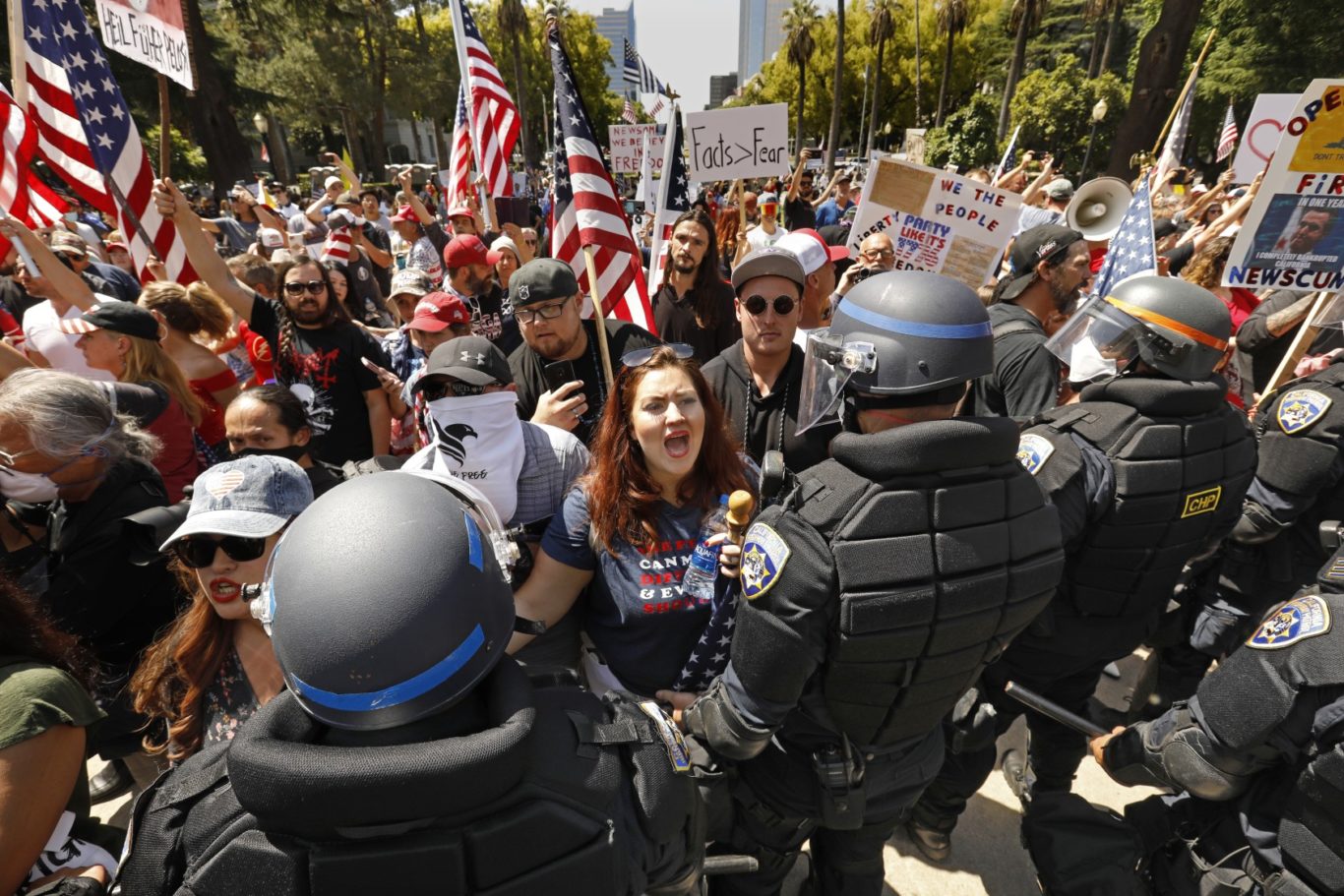 The closure announcement triggered criticism in Huntington Beach. In particular, as between 2,500 and 3,000 people gathered a block from the beach to voice their anger. Sheriff Don Barnes of Orange County said his department would not actively seek to arrest people on beaches. As protesters were seen pushed back by a line of police on horses. Many who have been stuck inside for weeks criticized Newsom for policing the population. And mocked him for trying to be an all-powerful leader as police on horseback kept the crowds in line.

The crowds ignored social distancing guidelines and failed to wear masks. Most of them seen carrying American flags as they led raucous chants in a much larger protest. Then the one gathered in the same area two weeks before. Orange County has among the lowest per-capita COVID-19 death rates in California. The action by the state prioritizes politics over data. In direct contradiction of the Governor’s stated goal to allow science. And facts to guide our response to this horrible global pandemic. 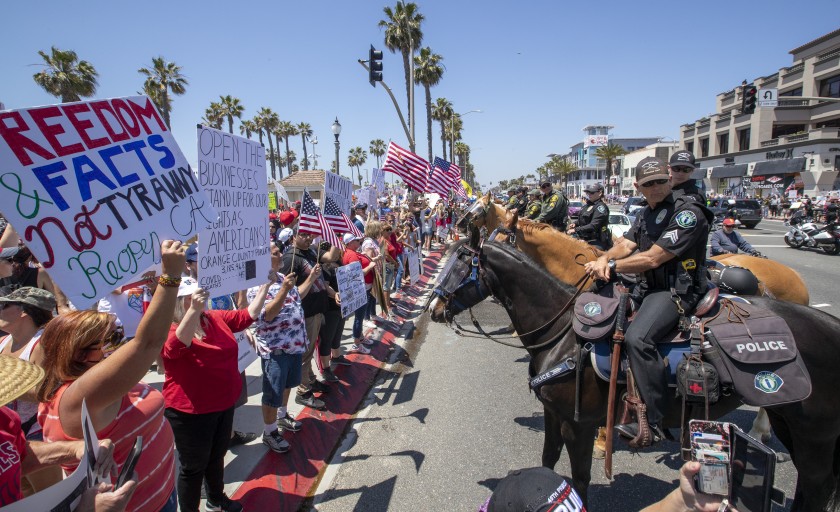 Gov. Newsom continued to urge people to stay at home during his press conference despite the criticism. Adding that the only thing that assured to advance the spread of the virus is thousands of people congregating together. Not practicing social distancing or physical distancing. He said, “If we can avoid that, then we’re going to get to the other side of this with modifications a lot quicker”. And I just hope people will consider that.
The end of California’s stay-at-home order and re-opening the highest-risk. Parts of the economy would fall under stage four. It would include mass gatherings such as concerts. Convention centers and live audience sports.