First President to Talk to Taliban

Donald Trump becomes the first US president to speak to the Taliban. Since the beginning of the Afghanistan war in 2001. Says he had a ‘good talk’ with their chief negotiator after the historic peace deal. Trump spoke on the telephone with a Taliban leader. This is the first known conversation between a U.S. president and a top Taliban official. The call almost lasted for 35 minutes. It came days after the United States and the Taliban signed an agreement calling for the withdrawal of American troops. This allows Trump to make progress on a key campaign pledge to extract the U.S. from ‘endless wars’. It even clears the way for all-Afghan talks to begin on Tuesday.

Earlier, Taliban spokesman Zabiullah Mujahid tweets that the president had spoken with Mullah Abdul Ghani Baradar. He is the co-founder of the Taliban and head of their political office in Qatar.

‘The relationship is very good that I have with the mullah,’ Trump says. ‘We had a good long conversation today and, you know, they want to cease the violence. They’d like to cease violence also.’

The Taliban claims that Trump told: ‘You are a tough people and have a great country and I understand that you are fighting for your homeland. We have been there for 19 years and that is a very long time and withdrawal of foreign forces from Afghanistan now is in the interest of everyone.’ 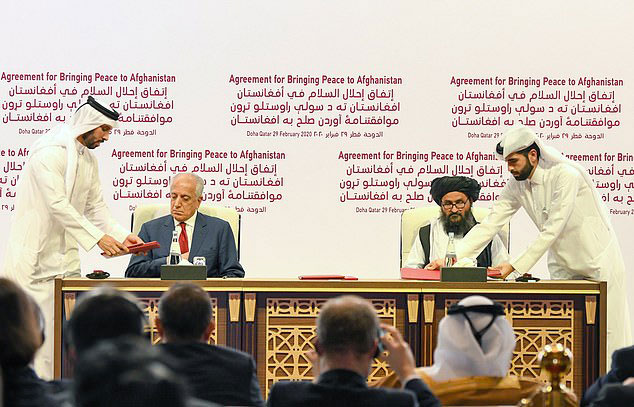 Secretary of State Mike Pompeo witnesses the agreement, last Saturday in Qatar, by chief negotiators from the two sides.

According to the deal, all 13,000 U.S. troops will leave Afghanistan. The period will be 14 months if the Taliban meet their obligations to America.
Promise is to keep fighting with terrorism to prevent Afghanistan from becoming a haven for terrorists.

On the other hand, Afghan President Ashraf Ghani refuses to release up to 5,000 Taliban prisoners. The agreement says it will happen before the start of the so-called intra-Afghan negotiations next week. The Ghani administration claims those releases will be part of negotiations. The Taliban is to release up to 1,000 Afghan government and military captives. 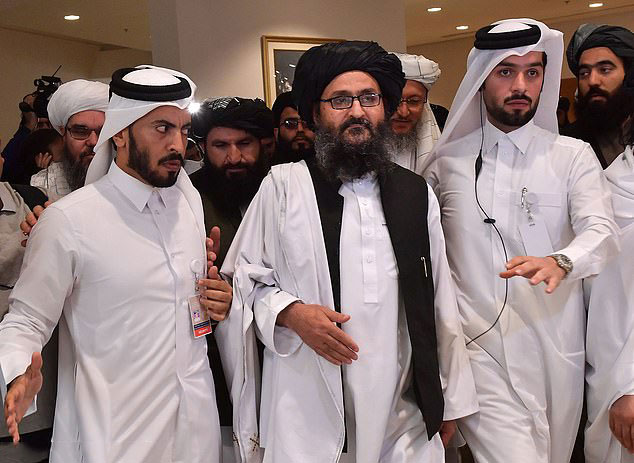 Trump says it’s a dilemma what the Afghans will do when they sit with the Taliban. And attempts to draft a peaceful political future for the nation. ‘The country really has to get it end. We’ve been there for 20 years. Other presidents have tried and they were unsuccessful,’ he says.

According to the statement, the phone conversation was about how both sides will implement the agreement. Baradar assures Trump that the United States honors the agreement, then the U.S. and the Taliban will have ‘positive bilateral relations,’ the statement says.

The statement says the Taliban leader told Trump: ‘Mr. President! Take determined actions regarding the withdrawal of foreign forces from Afghanistan. And do not allow anyone to take actions that violate the terms of the agreement thus embroiling you even further in this prolonged war.’