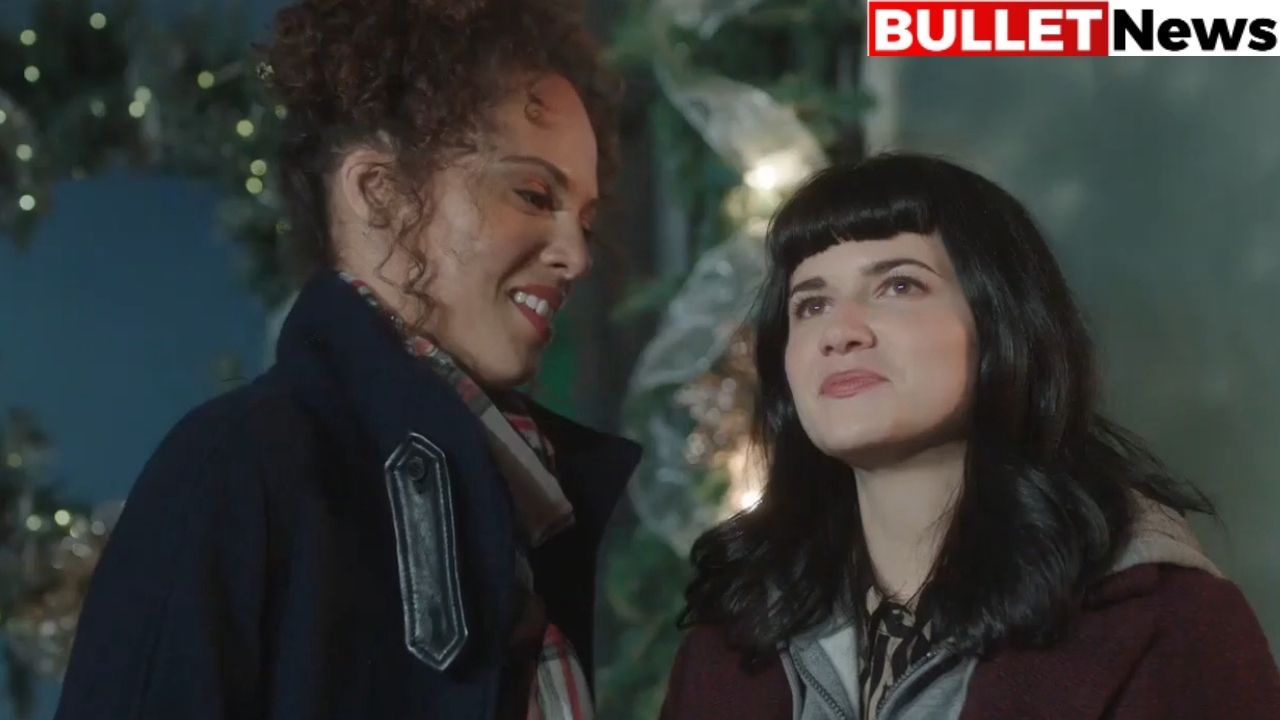 Charlie (Tatiana Jones from “Lost in Space”) is the arborist (aka tree expert) on the Maine governor’s staff. Your task: find the perfect Christmas tree as the official Christmas symbol in Maine. He found the perfect tree – but it grew on property belonging to the Beltran family.

Maker of family ornaments, Christmas gifts and goodies from the small town of Camden. Mama (Wendy Crewson from the Santa trilogy) and Papa (Enrico Colantoni from Veronica Mars) retire, leaving the company to some demanding investors looking to modernize the operation and their daughter Alma (Elise Bauman from The Good Witch). Alma loves Christmas, cherishes tradition and loves and cherishes exactly the tree Charlie wanted to cut down and send to the capital, Augusta!

Alma sells more than his parents, who tend to leave their Christmas tree out in the Christmas light. But when Charlie tries to convince Alma, the two women realize that there’s more than just negotiations going on. They are attracted to each other, and everyone in town – from Alma’s parents to their friendship, a superstar baker played by Ricky Lake – can figure it out. But it will Alma and Charlie talk about their feelings? If so, do you want a remote connection? And most importantly, will disagreements about a tree keep the two of them from falling in love?

This is how you do it. So you’re not only hosting a holiday rom-com with potential gay customers but a festive rom-com too. Fantastic lead roles, full supporting actors, the festive mood overflows – it’s just a great Christmas movie.

Like Charlie and Alma, Jones and Bowman are full of excitement.

Both bring a whole new youthful energy to the very traditional genre. All his characters are full of unexpected quirks, like the excellent Type A Charlie who is the kind of ball wreck when it comes to dating. He was a complete professional, but he was persistent, came out suddenly, and planned big moves but forgot to follow directions. And judging by Alma’s gorgeous look and bangs on Betty Page, you’d think she’d be too harsh this Christmas. But Alma is the Christmas Whisperer (that’s how the heroes call him). He has a deep affection and respect for Christmas, as well as a unique perspective on what Christmas means to him.

That’s why it’s so rewarding to watch these two go round and round in most of the film. How they gently flirt and then bond optimistically. And their interactions wouldn’t really be as rich as they are without any help of a truly unique supporting actress and a fantastic script that features natural dialogue and some actual jokes. And I have to do commend the director Lisa Rose Snow for making a visually appealing holiday TV movie, where camera footage enhances the chemistry between the cast. That scene for a first date? Fantastic.

But what attracted me to Under the Christmas Tree is the scene where Alma talks about your favourite Christmas movies. In particular, she mentioned that she saw Vera-Ellen at White Christmas as a child and immediately realized she was a lesbian. As Charlie jokes, White Christmas makes him gay.

That’s why we have to make weird holiday movies. Like the fictional heroine Alma, Strangers have long had our readings for this season, holiday themes, and interpretations of the classics. Christmas has always been a very integral part of the whimsical experience, no matter what your loved ones mistakenly believe. Scenes like this, where a lesbian talks happily about what Christmas means to her as a freak. We, and I, including my gay self, have to see this! Make it a gay holiday and do text subtext.