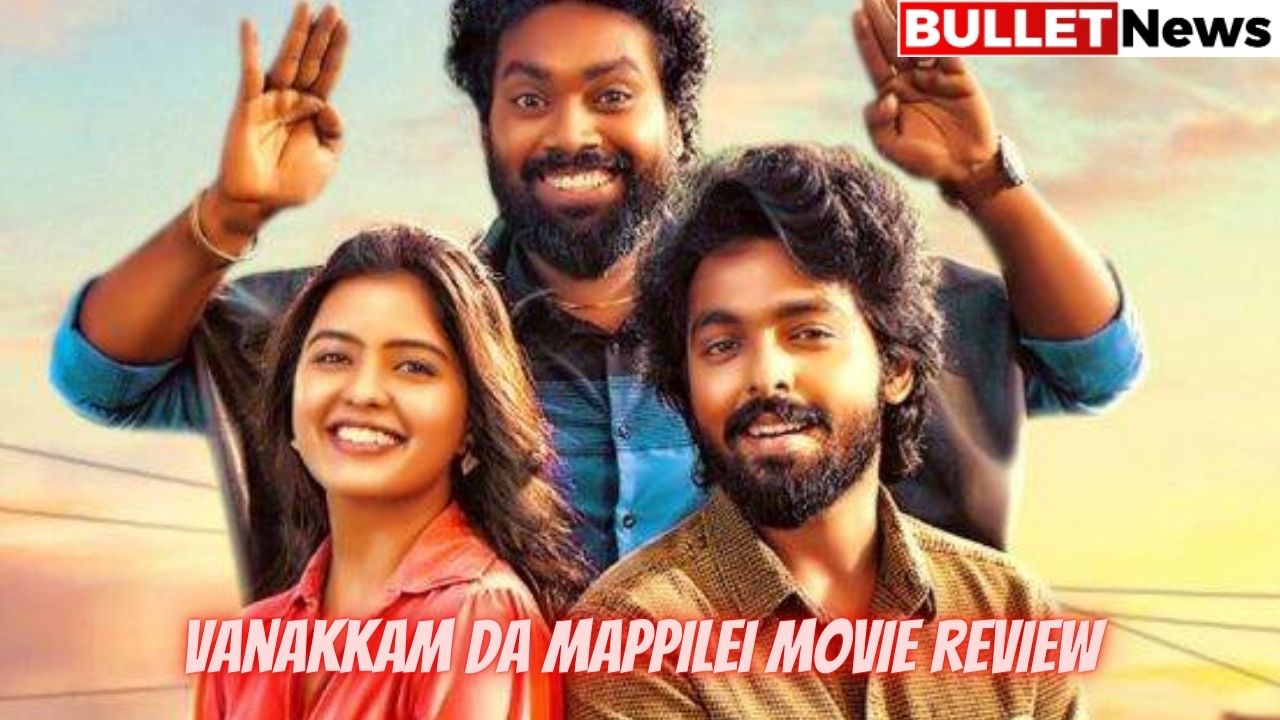 An unnecessary cliche dance number is how the latest film GV Prakash Vanakkam da Mappileee starts. Aravind (GV Prakash) and Swaminathan (Daniel Annie Pope) are two friends. After suffering heartbreak in their respective love life. Vowing to get married on the same stage and the same day. After several years, Aravind, who now works as a marine engineer. It realizes that Swaminathan is engaged to Moraponnu. He rushed to the engagement and asked Swaminathan to delay his marriage six months. “I will find a girl who matches six months,” he said.

A problematic scene followed, which involved Swaminathan’s fiancee and his sister.

Since the release of Sivaji (2007), many voiced problems with the Angavai scene – Sangavai. Here, we have Malarvizhi and Kayalvizhi. Aravind saw the last and left, “La Vela Market Pogadhadhu Laam Delicious, Thalli Vidriya?” The last resort option for two male leads and no more.

Finally, after some very boring scenes, Aravind found Thulahi (Amritha Aiyer) and fell in love. The only scene after meeting him, he bullied thulation by falsifying the opportunity for the interview. Swaminathan Masquerades as a recruiter from the BBC, and the job interview scene is very painful to watch. Yogi Babu made a random cameo appearance in a scene that followed. Shortly after that, we realized Thulation also fell in love with Aravind. How they fall in love accidentally funny. Deliberate jokes, meanwhile, terrible. The dialogue that comes later in the film summarizes it – “Mattum IPDI Mattum IPDI Cringe-Ahve Nadakkudhu?”

At this point, one hour and 10 minutes have passed, and we still don’t know the film conflict.

We were then introduced to thulation father (Anand Raj), a 40s widow’s man. He now filed a new threat to Aravind’s plan to marry thulation – he asked Aravind to find a suitable bride. Finally, we have conflicts and unexpected at that time. In a film with naughty comedy, Anand Raj’s character comes in relief. However, the film wasted an excellent potential idea.

Finally, after each conflict, another problem arose with less than 20 minutes of the left runtime. This one follows the cliche templates in most of the films. An unusable argument occurred and created a crack.

The sub-plot between Aravind’s mother and father, played by Pragathi and Jayaprakash, is interesting, and we hope it will be more critical. It also provides reasonable dramatic assistance in this dull film.

The background score that is not attractive doesn’t help much. And an effort to attract a younger part of the audience by including Tiktok trends such as Kirubha Kirubha by PR Darwin Ebenezer and Tommy by Yashraj Mukhate also does not work.

With too many problems and no takeaway, Vanakkam da Mappileei has no rooting. To quote from the song in it, this is just the movie ‘Tata bye-bye’.