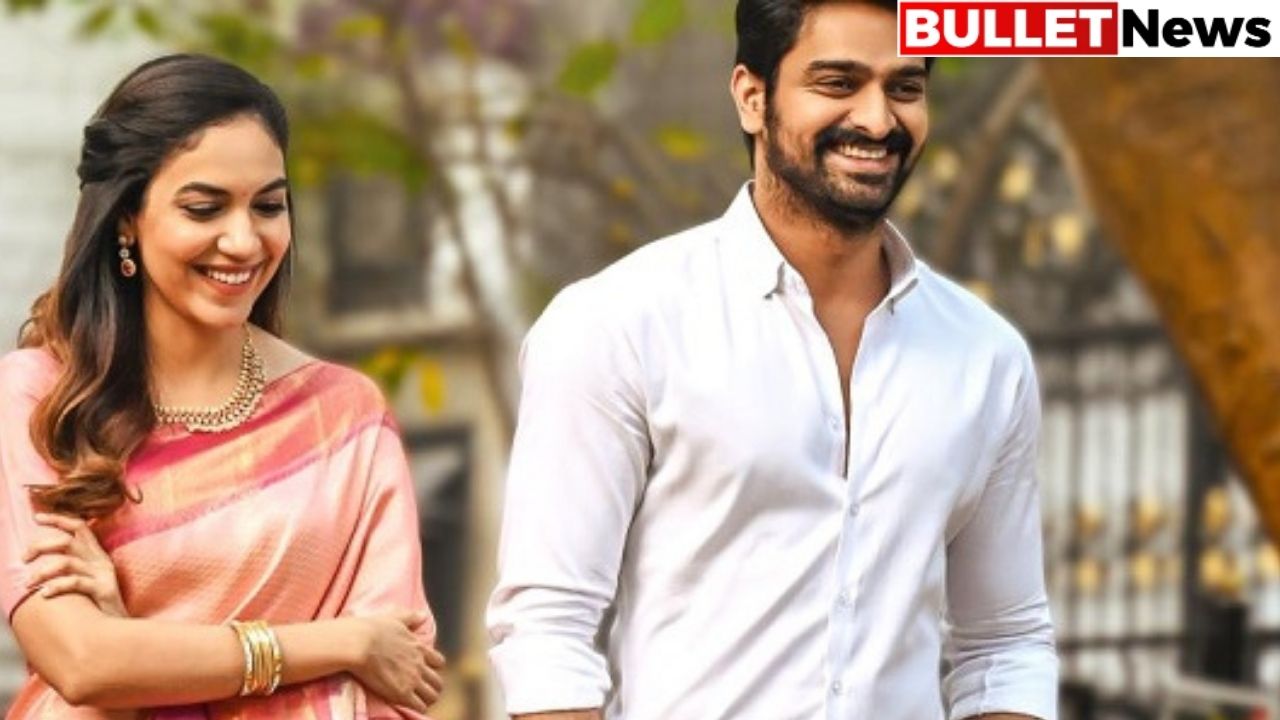 New characters are introduced in the second half of Varudu Kaavalenu. Directed by Lakshmi Sovyanya, as the scene moves from Hyderabad to Araku Valley for the wedding. One character does everything at a very humanely slow pace, and the other wants everything to be lightning fast.

The fight between them provokes laughter, and we hear dialogue about “procrastination”. A term often used to describe the slowness of Telugu cinematic language.

Perhaps the creators commented on audiences’ tendency to cry over slowdowns. And said to patiently watch the film to give the characters time to reflect and resolve conflicts.

Who runs a neighbourhood startup. She doesn’t like the idea of ​​”pelli choopulu”, and her mother, Prabhavati (Nadia). It is the one walking through the cafe to meet the newlyweds. Conversation at home revolves around their wedding without exception. At work, his persistent and vain approach calls him “rakshasi”.

You may also read ‘Golondaaj’ Review: It is a sandy film with lots of ups and downs

This is a related story – about a woman under constant pressure to marry at the right age. The infatuated father, played by Murali Sharma, understands that marriage is a long-term commitment. That the girl should be interested in, not forced.

At the same time, we met architect Akash (Naga Shaurya). Who came to India from Paris for a project and met Bhumi. It turns out that Bumi and Akash are college friends. He is kind, likes Bhoomi and responds to her strict comments step by step. Ganesh Ravuri’s dialogue is suitable for articulating the character’s thoughts. And blends in enough wit from the supporting cast – oh, the cast is enormous. Vennela Kishore, Himaja, Satya, Praveen, Sapthagiri. Everyone managed to provoke laughter, but there wasn’t enough room to make a solid impression.

Some scenes stand out, such as Murali Sharma explaining. Why parenting shouldn’t be limited to marrying a girl in a hurry. Nadia having an argument with Shaurya and both complaining about a stubborn woman.

The stage is set for the romance between the two independent and mature lead roles.

One would expect conflict to arise from different perspectives on life, career, family, or even personality traits in real life. In this story, Bhumi has a problem expressing her feelings. And an even bigger problem is listening to other people’s points of view. A more balanced Akash is confused. However, the root of the conflict lies in a story of unrequited love, told in exaggerated retrospect.

Before the two find a common language, the story contains too many songs and weird wedding episodes. The production design and camera work are aesthetically pleasing, but the film becomes boring and never recovers.

Ritu Varma and Naga Shaurya tried to embrace the film with charm and sincerity. This is one of the best roles Rita has been given in recent times, and she plays it gracefully. Shaurya appears calm and portrays the image of a decent man. Who longs for love and is ready to wait for a turning point.

It wasn’t until the second half that it took off.

They take us back to the days of their college action series. The dialogues seem artificial in some scenes when they could be more realistic. In the second half, you can see the influence of many blockbusters from Hollywood and Bollywood. But we are glad that the scenes are not remade as they are. Bhumi’s dad (Murley Sharma) turns to some hard facts. About parenting, and what’s written here shines. The comedy song Saptagiri is full of laughter, and the handmade rite clothes are the prize.

Naga Shaurya seems to have matured in choosing a unique script. Not to mention the fact that he’s ready to look like the role. He looks like the very perfect Varudu in the whole movie. Ritu takes more screen time than Shaurya and remains as graceful as ever. No wonder if the performance is good. Nadia, Murley Sharma, Venela Kishor, and others did well too.