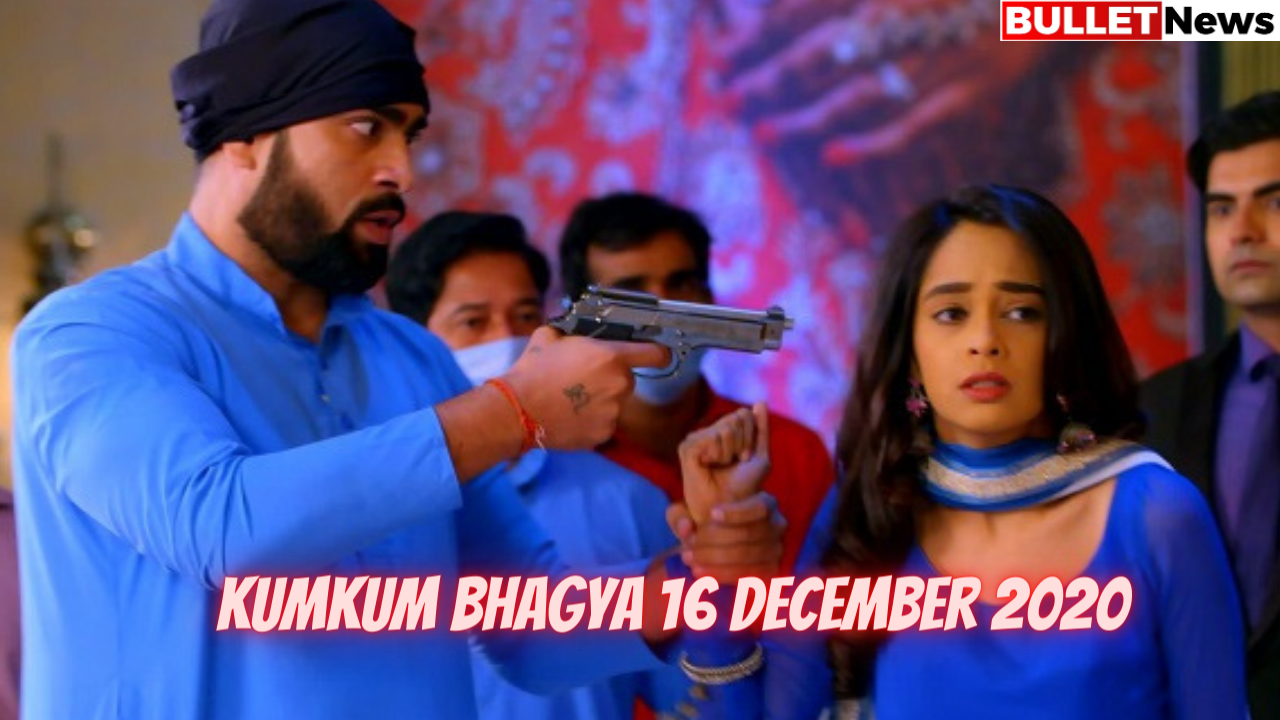 As the episode began, we saw Meera was discussing with Aliya over the phone that she couldn’t get why all this was happening? “I could understand that Pragya was accountable for the disturbance in the Mehra Mansion on Diwali night. Why Mr Mehra is not able to realise this?” She seemed confused.

Aliya said, “Even you noticed it late. Love makes you blind. Bhai is emotional. He can’t even see strangers suffer. Then this is Pragya. He has two daughters from this marriage.

To soothe her, Aliya spoke softly.

Meera was skeptical about handling him if he keeps this attitude even after marriage. Aliya said, “I am there to guide you.” She also instructed her to make sure that Pragya doesn’t take advantage of her presence around Abhi and you.

Aliya was trying every possible way to convince Meera so that she sticks to the “yes” to Abhi’s wedding proposal.

After finishing the call, Meera saw armed goons in masks entering the shop. Surprisingly, despite being so clear, she could not understand anything then. She entered the showroom to find out the matter and dropped her mobile.

Ramniklal (the jeweler) was held at gunpoint. He was feeling betrayed because he had trusted Tony like a son.

Pragya was worried for Prachi. Meanwhile, Abhi took Riya and Sarita Ji with him to a safer place.

Tony also revealed how cleverly he won Ramniklal’s trust and kidnapped other staff members to execute this plan.

Amidst this tension, Sarita Ji asked Abhi that how can he even think of starting a new life with Meera? How can he do this to Pragya?

“Let me deal with this situation first, I will explain everything to you later, I promise.” Replied Abhi in a hurry. He got more anxious, knowing Prachi and Shahana were also there.

Prachi and Shahana were in the restroom. They heard a gunshot and got tensed. Prachi was concerned for Riya too. She decided to go downstairs. Shahana asked why does she need to worry about Riya? “You must have a gun if you wish to face them. Don’t become Rajnikanta (female version of the legendary Rajnikant). This has to be dealt with wit and not with might.” Continued Shahana.

Abhi set out to get Pragya, Prachi and Shahana

Abhi asked Riya and Sarita Ji to stay there. “Why do we need to hide here? Why can’t we just move out?” Asked Riya. “There could be a robber at the entrance too.” He replied.

Riya said, “They are robbers. They will leave once they are done.” Abhi said, “I need to go because I have to protect your mother and sister too.”

Sarita Ji encouraged him by saying, “How will Pragya handle this situation when she is already tense because of your wedding announcement.”

Abhi set out to find them.

Sarita Ji asked Riya about Meera. Riya told her that she got an urgent call and went outside. In a while, she also went looking for Abhi, saying ‘Prachi’s mom’ needs help though she initially addressed her as ‘my mom.’

Sarita Ji got worried for her. She could not go after her because a robber came around.

Amid this grave situation, Shahana and Prachi’s scene created laughter. They were trying to move to a safer place. Funnily, when they heard another gunshot, they thought of being followed by the goons.

Ramniklal was determined to secure the necklace, and robbers were chasing him.

Pragya saw Prachi and Shahana and told them everything.

Meera came inside and saw the ambiance lonely. Through the gestures of other people around, she could finally understand everything. She ran outside.

One of the robbers went to the main gate to check any exit.

Ramniklal managed to put the necklace in a locker. Meanwhile, following him, goons also reached there, but Ramniklal pushed him and managed to escape. However, Tony could sense what Ramniklal had done and ran after him.

Ranbir and Aryan came to know about the robbery.

Ranbir recalled the moments of how he developed romantic feelings for Prachi.

Aryan joined him. Taking football as a symbol, he tried to make Ranbir understand that he should only care for the people who support his relationship with Prachi and ignore the rest.

Ranbir replied, “How come I ignore my mother? I obeyed her because of her health issues. I would have resisted if she were healthy.”

And then Aryan got an update on mobile about the jewelry showroom incident. Ranbir panicked, and they both rushed to save the Mehra family and Prachi’s family.

A glimpse of humor

Meanwhile, Pragya, Prachi, and Shahana were trying to escape. Shahana’s silly dialogues created comedy once again. She asked, what are we afraid of? Let them take whatever they want.

Pragya chided her. “They are goons. They may hurt any of us.” Said Pragya.

She planned to reach the terrace to get Riya with her safely.

They all picked up vases for self-defense against the armed goons. How funny!!!

They heard footsteps and aimed the vases in that direction, but it turned out to be Abhi.

His reaction tickled us. Pragya got worried and asked about Riya. Abhi proudly said she is safe. I am not like you, who is moving with a team in this danger.

And then came Riya saying, “Dad I will save you.” with full determination. Pragya taunted, “You were talking about safety!”

Ramniklal also joined them, pleading Abhi to save his life. “Should I save the necklace or my life?” He couldn’t decide.

Robbers also reached there following him. They said enough of this chasing game and asked for the key. They opened fire. A staff member got hurt.

Abhi shouted at him in anger. Goon threatened him to keep mum. Abhi said, now you will never get the key.

Pragya though he hasn’t changed his attitude. Why he always invites troubles? While Abhi feared that since we have seen their faces, they will kill us surely.

Abhi told him to take everyone, including at a safer place, to get the key.

One of them said he is just wasting our time. They took everyone in the hall.

Pointing at Abhi and his family and Ramniklal, he said what we need is with them. We will shoot you all one by one if they refuse to handover it.

He shot another staff member when there was no response. Hostages started screaming.

Now Prachi was held at their gunpoint.

The police surround the showroom. Ramniklal is also there. Praya is going to get the key from him to save Riya and Abhi held at gunpoint.

This episode left us with various questions. Will Ranbir and Arya be able to reach on time?

Meera be of any help?

Will Pragya be able to get the key? Let’s see what happens in the next episode.